The Middle East and North Africa (MENA) region has the lowest rate of female labor force participation (FLFP) in the world. Egypt in particular has struggled to include women in the labor market. In collaboration with Egypt’s Ministry of Social Solidarity (MoSS), researchers are conducting a randomized evaluation to test the impact of providing women with childcare subsidies and employment services on their employment and empowerment outcomes, as well as their children’s cognitive and socioemotional skills.

The MENA region has the lowest rates of FLFP in the world, estimated at 18.5 percent in 2020. In MENA and globally, women face difficult choices in reconciling competing demands on their time, both inside and outside the home. The Covid-19 pandemic has further exacerbated the situation. At the same time as they face a challenging labor market, many women are under more pressure to engage in unpaid caregiving and household responsibilities. External childcare services are often prohibitively expensive for low-income families. As such, the traditionally unequal division of caretaking labor between men and women in households hinders female labor force participation.

Research has shown that early childhood care and education for children is important to increasing women’s labor force participation. Another policy tool is the use of employment services to help individuals find and match with jobs suited to their skills, although evidence on the effectiveness of such programs is mixed. However, these services may be particularly effective in Egypt, where women face social constraints that may prevent them from working in some of the available jobs. Can interventions that make quality childcare more accessible and affordable, while targeting constraints that limit access to jobs, improve women’s labor force participation in Egypt?

Egypt in particular has struggled to include women in the labor market, with a female labor force participation rate of just 13.4 percent in 2020 (an 11.6 percentage point drop from 2013).

There are several factors that constrain FLFP in Egypt. First, the high cost of external childcare contributes to the high opportunity cost of women joining the workforce. Second, demand for female workers is weak in Egypt, with 51 percent of employers in a 2018 survey openly reporting that they prefer to hire men. And third, restrictive gender and social norms, such as traditional breadwinner/homemaker divisions, constrain women’s work. 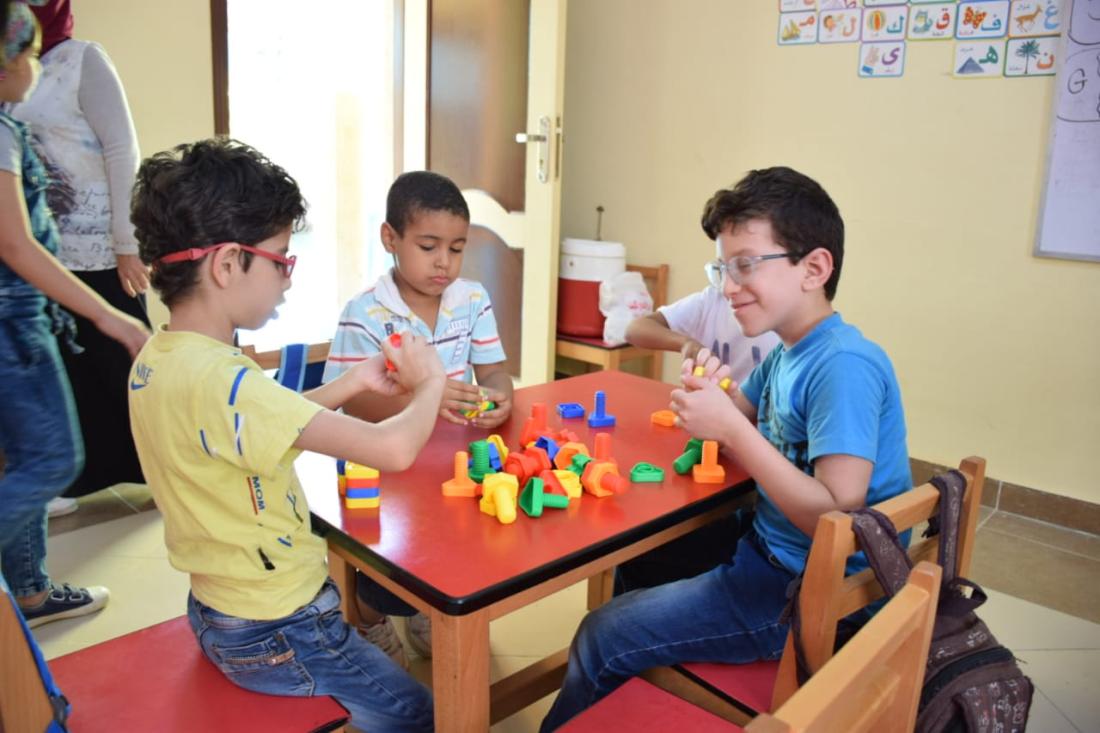 Researchers are partnering with Egypt’s Ministry of Social Solidarity (MoSS) to test the impact of childcare subsidies, employment services, and their combination on the labor market outcomes of Egyptian women with young children.

The study targets mothers with children aged 1-5 in low-income areas of Greater Cairo. These mothers reside near participating nurseries and were not using childcare at the start of the study. Results from an earlier pilot study showed that women were not aware of the existence of nurseries nearby and cited childcare as one of the main reasons they are not working.

Researchers randomly assigned 5,000 mothers to receive either a subsidy towards the nursery fee, access to employment services, both, or neither. Those that were not assigned to any intervention serve as the comparison group.

Data was collected at baseline, before women were assigned to a group. The baseline interview collected information about the mother (including her educational background, job search behavior, and employment status), the child(ren)’s development, and the household’s gender role and time use dynamics.

Testing the impact of these interventions together will build understanding of the interaction between different constraints to women’s employment. Researchers will measure effects on women’s employment, well-being, time use, household bargaining power, and gender role attitudes. Researchers will also examine the impact on participants’ children, measuring a number of cognitive and non-cognitive skills. Finally, the researchers will assess whether these interventions have a differential impact depending on gender role attitudes.

In addition to receiving ethical review and approvals from an institutional review board, researchers made efforts to address the concern that the childcare provided may potentially be of low quality. Initial evidence suggests that this is unlikely to be the case: all the nurseries are registered NGOs supervised by MoSS and initial qualitative evidence suggests that the NGO nurseries that the researchers are working with offer better services than available alternatives. The expectation is thus that, in this context, attending a nursery will have a beneficial effect on children’s development. However, if this was not the case, there would still be substantial value to society from learning this and being able to use the evidence generated to mandate improvements in nursery care going forward.

Results of this research will directly inform the design and implementation of MoSS’ policies on early childhood education and nurseries and create opportunities for women through increased labor force participation. Specifically, it will help inform scale-up plans of MoSS, the work of the participating nurseries, and global policy working to support women’s employment.