Incentives for Nurses in the Public Health Care System in Udaipur, India

Public health care systems in low- and middle-income countries often face high rates of absenteeism among healthcare staff, which can contribute to low usage and performance of government facilities. Researchers worked with the NGO Seva Mandir to measure the impact of an incentives program that aimed to improve Assistant Nurse Midwife (ANM) attendance in rural clinics in Udaipur. Although the incentive program initially led to a large improvement in attendance, effects faded after the first six months, at least in part due to implementation challenges.

Even if clinics and hospitals are built, and well stocked with drugs and equipment, these investments will not have the desired impact on health outcomes if healthcare providers are chronically absent. Health care systems in low- and middle-income countries are plagued by high absenteeism rates among healthcare staff. A survey of six countries found 35 percent of health workers were absent on any given day.1 Incentives for healthcare providers to come to work are generally very weak in these countries. However, there is currently little systematic evidence on how easy it is to enforce attendance incentives, or how these improvements will impact the health of the population.

On paper, India’s public healthcare system looks like the model for delivering universal health services in a large, low-income country. Its comprehensive design ensures that all households, rural and urban, are close to a free government health facility, yet the system fails to deliver basic health services. The public Indian health care system is plagued by high staff absence, low effort by providers, and limited use by potential beneficiaries who prefer private alternatives. An extensive survey in 2003 on health in 100 villages in Udaipur found that low-income households had largely abandoned the public health care system: more than 75 percent of people needing medical care went to the more expensive traditional healers and private providers.

One potential reason for the low usage of government facilities is pervasive provider absenteeism. Healthcare facilities in rural Udaipur, where this study took place, are closed more often than not, largely because the nurses simply do not show up for work. Primary Health Centers and subcenters are supposed to be open six days a week, six hours a day, but the 2003 survey found them to be closed 56 percent of the time during regular business hours, and only 12 percent of the time was this because the nurse was on duty elsewhere; the rest of the time they were simply absent. 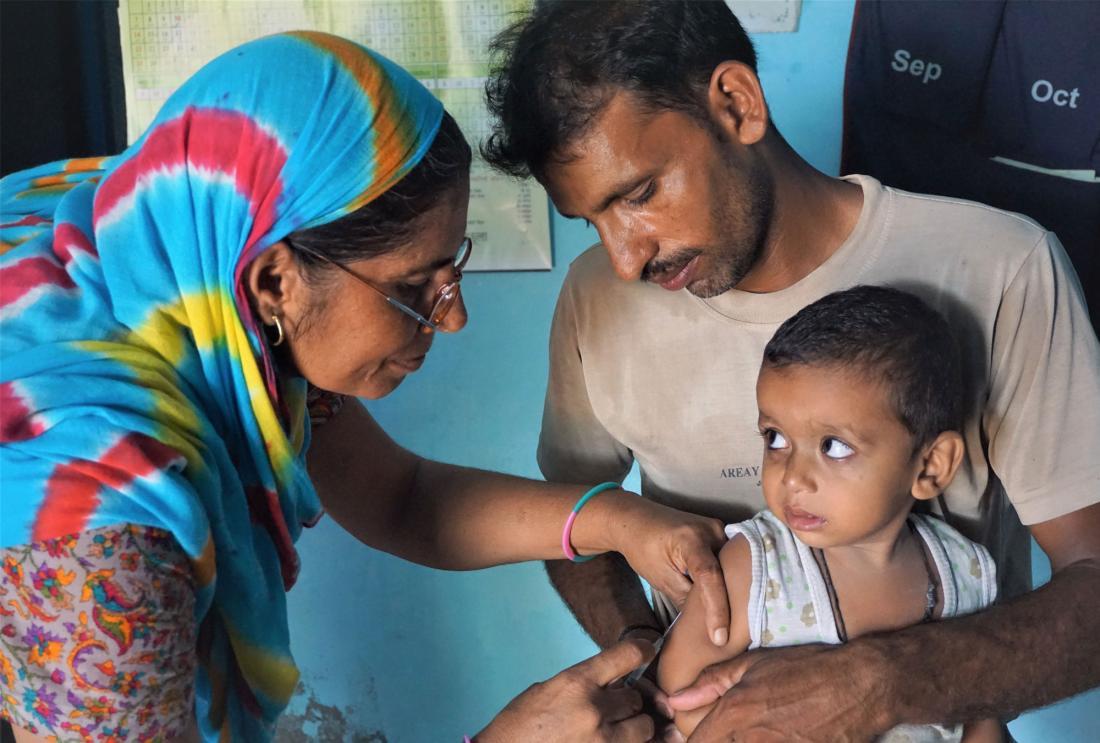 This study evaluates an incentives program to improve ANM attendance at rural subcenters serving 135 villages in Udaipur District, implemented collaboratively by NGO Seva Mandir and the state and local health administrations. Under the program, Seva Mandir monitored ANM attendance at 16 randomly selected centers staffed by two nurses three days a week. In addition, Seva Mandir monitored attendance at 33 randomly selected centers staffed by a single nurse on Mondays, the day when the district administration required nurses to stay at the center instead of conducting meetings or field visits.

To monitor presence, Seva Mandir used time/date-stamping machines locked into a caddy and password-protected to prevent tampering. The ANM was required to both sign and stamp a register secured to the wall of the subcenter three times a day: once at 9am, once between 11am and 1pm, and once at 3pm. Random unannounced visits to subcenters (both treatment and comparison) were also conducted by field officers.

Initially, the threat of punitive pay-deductions led to a dramatic improvement in attendance. After the first six months however, the local health administration, which was caught between the pressure of the nurses and their directions to enforce the pay deductions, began to undermine the incentive structure. Nurses intentionally broke the time clock machines while administrators excused all absences. The result was that sixteen months after program inception, there was no difference between the absence rates in treatment and comparison centers. These results show that, like other public service providers, nurses are responsive to properly administered incentives. Furthermore, they show that ensuring that nurses come to work is a low priority for the local health administration and that incentive systems are quickly undermined from the inside if supervisors are given any discretion over how and whether incentives are applied.

Even when the incentive was effective at increasing presence, it did not increase the rate at which patients came to the subcenters, which in any case is very low. At any given time between 0.46 and 0.9 clients were being seen in the center, fewer even than the two to three clients observed two years earlier.

Banerjee, Abhijit, Rachel Glennerster, and Esther Duflo. 2008. "Putting a Band-Aid on a Corpse: Incentives for Nurses in the Indian Public Health Care System." Journal of the European Economic Association 6(2-3): 487-500.

1 result(s)
Rajasthan Lags Behind in Healthcare