While paying workers according to their performance has improved the job performance of frontline service providers, few studies have considered these pay-for-performance programs in the context of the hierarchical structures of government organizations. Working with the Ministry of Health and Sanitation in Sierra Leone, researchers evaluated the impact of incentivizing community health workers (CHWs), their supervisors, or both on health care provision. Sharing the incentive between CHWs and their supervisors resulted in more health care visits than providing the incentive just to one group or the other; only the shared incentive improved overall health care provision and outcomes. These results highlight the importance, when designing incentive systems, of considering how the efforts exerted by staff at different layers complement each other.

In many contexts, programs that pay workers according to their performance are seen as a promising strategy to improve the job performance of frontline service providers such as teachers, health workers, and tax collectors. While such pay-for-performance programs have improved the job performance of frontline workers, they often ignore the fact that these workers are part of multi-layered organizations. Incentives for staff at one level may affect the performance of staff and supervisors at other levels. Furthermore, many organizations have limited resources, so raising financial incentives in one layer may require reducing them in another. Little is known, however, on how to optimally structure performance-based incentives across the different layers in an organization.

As of 2017, Sierra Leone had the world’s third-highest maternal mortality rate and fourth-highest child mortality rate, in part due to a shortage of health care workers and facilities.1 In order to improve access to primary care, the Ministry of Health and Sanitation (MoHS) created a national Community Health Program in 2017. Community health workers (CHWs) act as the frontline service providers and report to supervisors. CHWs are paid a fixed monthly allowance of SLL 150,000 (US$17.5) and supervisors are paid SLL 250,000 (US$29.2). Both positions are part-time, with staff also earning income from other occupations.

CHWs provide a variety of basic health services in their communities. They visit households with expecting mothers and those with young children to provide health education, check-ups, and referrals to health care facilities. Meanwhile, supervisors train and advise the CHWs, most of whom do not have health care backgrounds. Supervisors organize monthly trainings on key health topics, hold one-on-one meetings with CHWs, and provide in-the-field supervision by accompanying CHWs on household visits. During these visits, supervisors do not provide health care directly, instead giving feedback to the CHW and building her legitimacy in the eyes of community members. 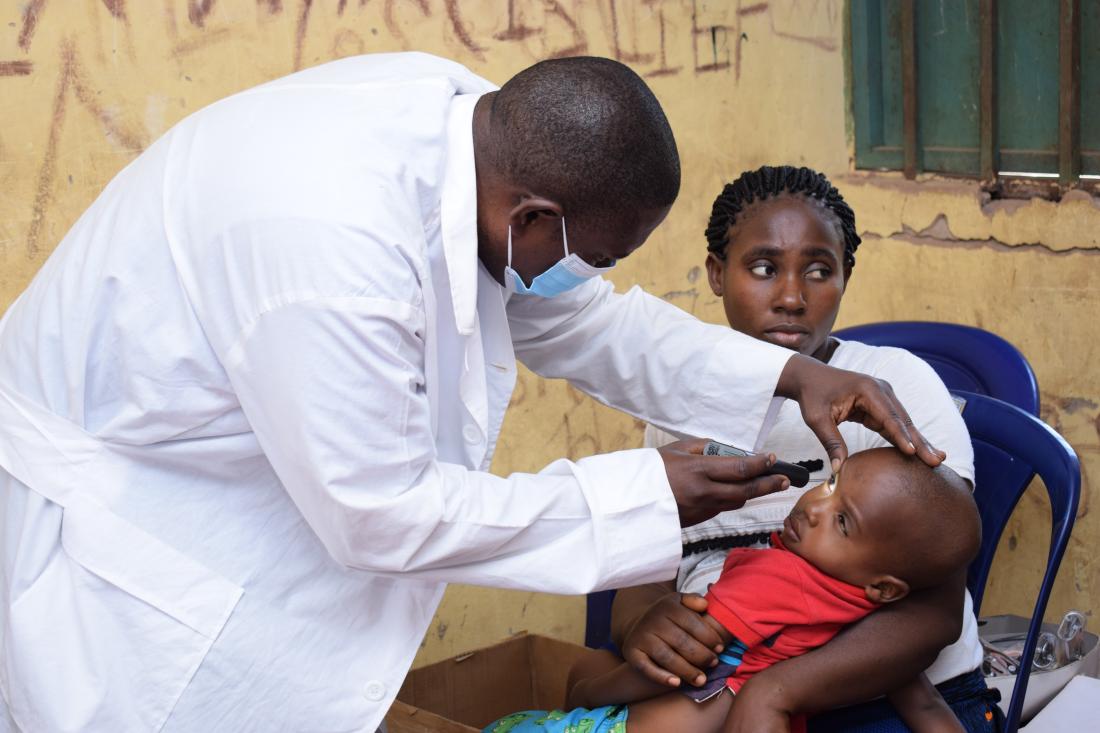 Researchers worked with the Ministry of Health and Sanitation (MoHS) to conduct a randomized evaluation of performance-based pay at different levels of the health system. The evaluation took place in 372 peripheral health units (PHUs) in six of the fourteen districts of Sierra Leone.

To evaluate the relative impact of different incentives on CHW performance, researchers randomly assigned each PHU and its supervisor and CHWs to one of four groups:

A CHW who made one health visit every other day could earn up to 14 percent of her fixed monthly allowance in the worker incentive group, and 7 percent in the shared incentive group. Since each supervisor oversees an average of eight workers, their potential gains were even larger. The financial incentives were in place from May 2018 to August 2019.

Performance incentives were calculated based on self-reported data. After completing each household visit, the CHW sent an SMS to a toll-free number indicating the date of the service, the name and phone number of the patient, and the service delivered. Researchers back-checked this data by contacting a random 25 percent of households each week to confirm the information reported by the CHW.

All 372 supervisors and 2,970 health workers in the study area were initially surveyed in April–May 2018, prior to the start of the intervention, and again in July–September 2019, after the intervention. Data was collected on their demographic background, their health knowledge, and their job. Three eligible households per village were surveyed about the number and quality of health care visits, trust in the health worker, disease incidence among young children, and access to pre- and post-natal care. Researchers also leveraged administrative data from the MoHS, including the health services provided and patients treated by each local health facility on a monthly basis.

Impact on health visits. Introducing any incentive boosted the number of household visits made by the health worker. From a mean of 5.3 visits per household in the prior six months in the comparison group, CHWs made 2.1 more visits on average (an approximately 40 percent increase) when they alone received the incentive. CHWs whose supervisors were the only ones receiving the incentive also made 2.1 more visits, while CHWs who were incentivized alongside their supervisor made 3.4 more visits. Relative to the comparison group, the shared incentive resulted in an increase in visits that was 61 percent higher than in either of the one-sided incentives. Distributing the incentive to CHWs was equally as effective as distributing it to supervisors.

The increase in the quantity of visits did not reduce their quality: CHWs did not reduce the length of their visits or focus on easy-to-reach households. The incentives increased trust in the CHWs, which previous research has shown to be a key determinant of the demand for health care. In the shared incentive group, the share of households who reported trusting the health worker was 7.1 percentage points (10 percent) higher than in the comparison group, and 3.5 percentage points (5 percent) higher than in the one-sided incentives.

Impact on health outcomes. In the shared incentive group, an increase in the number of health care visits translated into increased pre- and post-natal care. For instance, households in this group were 5.8 percentage points more likely to receive at least four antenatal visits before birth, on a base of 75 percent in the comparison group. Children under five who were visited by CHWs in the shared incentive group were also less likely to have fevers. Administrative data corroborated this finding: in the shared incentives group, more women sought pregnancy care and gave birth at the local health facility, and more children were fully immunized. CHWs made more referrals to health clinics in all treatment groups.

The shared incentive may have been most effective for two reasons. First, the work performed by CHWs and supervisors is highly complementary. Without training from supervisors, CHWs are unable to correctly diagnose and treat diseases and will lose credibility in the community. By the same token, the impact of the effort that supervisors put into training depends on the effort that CHWs put into health visits. As a result, offering a bonus to CHWs indirectly incentivizes their supervisors. Second, while supervisors were told that they could share some of their bonus with CHWs to motivate them, they faced barriers to doing so: supervisors could not be sure of the number of health visits that CHWs made, and CHWs could not be sure that supervisors would follow through on their promise.

These results suggest that introducing a financial incentive at just one layer of the bureaucracy may not necessarily be the most cost-effective means of improving CHW performance. Before setting incentives, organizations should assess how staff at different levels work together.