The Right Place, at the Right Time: Perspectives on Evidence-to-Policy Pathways 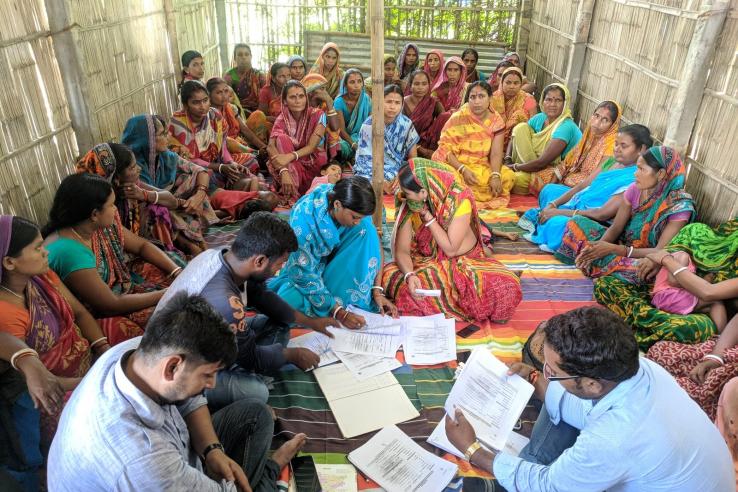 While there exists a growing body of rigorous research that aims to understand the impact of development programs, it often takes a long time for evidence to inform policy and improve the lives of vulnerable populations at scale. In many cases, critical evidence may never fall on the right ears, at the right time.

This webinar will explore the often non-linear and time-intensive process of translating research into policy action. The conversation will include diverse perspectives from stakeholders—governments, donors, NGOs, and research organizations—involved in policymaking as well as the challenges of aligning resources and incentives.

Through this panel, stakeholders will draw on their experiences of successfully informing policy with evidence and share lessons on generating demand for evidence in policymaking, aligning diverse incentives, and overcoming potential hurdles in translating research to policy.

This event is a part of the Evidence for Development: South Asia conference, organized by Campbell South Asia and the Global Development Network.

Tejveer Singh is an Indian Administrative Service (IAS) officer (1994 batch; Punjab state cadre). He holds a BA (Honours) and a Master’s in History from St. Stephen’s College, Delhi. He also holds a Master's in Public Management & Governance from the London School of Economics & Political Science. He is currently serving as Principal Secretary to Chief Minister and Principal Secretary, Civil Aviation.

Tejveer has worked in the Government of India as faculty member of the Lal Bahadur Shastri National Academy of Administration (LBSNAA), Mussoorie where he served as Deputy Director and Joint Director from 2009 to 2017. He is interested in Public Policy and has also taught the discipline to civil servants at the National Academy.

Abhijeet Singh is an Associate Professor at the Stockholm School of Economics and studies topics relating to the economics of education, child nutrition and public service delivery in developing countries. He is affiliated with the CESifo Economics of Education Research Network in Munich, the Center for Global Development, and the Young Lives study. He holds a Bachelor's in Economics from Delhi University and a Master's and PhD in Economics from the University of Oxford.

Niriksha Shetty is Precision Development's Country Director in India. Prior to joining PxD, she worked as a Senior Research Associate at the Center for Microfinance IFMR, managing impact evaluations related to mobile phone-based agricultural extension systems.

Niriksha holds a Master's in Public Administration in International Development from the Harvard Kennedy School and a Bachelor's in Economics and Mathematics from Franklin and Marshall College.

Pranav Kothari is the CEO of Educational Initiatives (EI). Pranav has been associated with EI for over a decade and has made significant contributions to the company through his involvement with EI's adaptive learning product, Mindspark, and as the head of HR, Gifted Student Education, and, most recently, EI's Large Scale Education Programme division.

Pranav spearheaded the deployment of Mindspark which is recognised as the only software-based EdTech tool to have demonstrated significant learning impact as measured by independent third parties including J-PAL.

Pranav is a TEDx speaker and an INK Fellow and has been named by The World Economic Forum's Schwab Foundation as the Corporate Social Intrapreneur of the Year in 2019. Pranav studied Mechanical Engineering at the Georgia Institute of Technology and holds an MBA from Harvard Business School. Prior to EI, he worked at GTI Capital and the Boston Consulting Group across five countries.

Sukhmani Sethi is the Regional Director for Porticus Asia and is based in Hong Kong. Previously, she worked as a Manager with Porticus, developing the organization's education portfolio, fostering whole child development in India.

Prior to joining the philanthropic space, she worked with Mathematica Policy Research and Innovations for Poverty Action (IPA) conducting cross-thematic impact evaluations of large-scale government/NGO projects. She has also worked closer in implementation as a Research Associate with an education NGO, Pratham/ASER Centre. With these organizations, Sukhmani has lived and worked in countries like India, Kenya, Ghana, Philippines and Indonesia.

Sukhmani holds a Bachelor's in History from the Lady Shri Ram College for Women, Delhi University, and a Master's in International Development from the Heller School for Social Policy and Management, Brandeis University.

Sharanya leads the strategic planning and day-to-day management of the policy vertical at J-PAL South Asia and provides strategic oversight to the different sector teams. As part of this mandate, she leads engagements with governments, civil society organizations and private partners to forge new research partnerships, disseminate insights from global evidence and catalyse evidence use in these sectors. Further, Sharanya oversees J-PAL South Asia’s partnerships with different state governments aimed at institutionalizing an evidence-informed approach to policy-making by forging research, capacity building and policy collaborations.

Prior to joining J-PAL, Sharanya worked as Principal Consultant for the National Skill Development Agency, Government of India (formerly office of Advisor to the Prime Minister on Skill Development), where she worked with multiple stakeholders on addressing policy and implementation gaps in the skill development.

Sharanya holds a Master’s degree in Development Studies from the London School of Economics and Political Science (as an Inlaks scholar) and a Bachelor’s degree in Economics from the Lady Shri Ram College for Women, Delhi University.