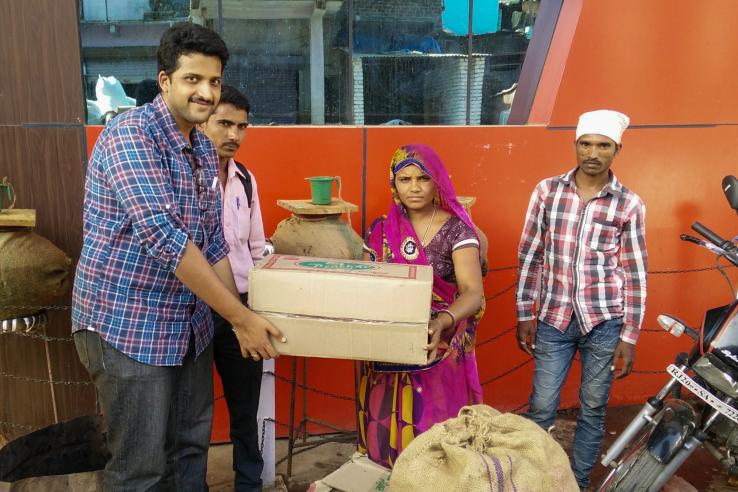 Surya on a field visit to Jhalawar, Rajasthan. Photo: J-PAL

In this installment of our Alumni Spotlight series, we speak with Surya Banda, a former senior policy associate at J-PAL South Asia. Surya joined J-PAL South Asia’s policy team after completing his bachelor's degree in electronics and communications engineering and working at a public policy think tank. After two years of working to scale up the Targeting the Ultra Poor (TUP) program in India, he transitioned to a management role at Sattva Consulting in the private sector. Surya joins us to share some of his lessons learned from transitioning from an engineering background to work in the field of international development.

Could you tell us a bit about your previous experience and background and how that led you to J-PAL?

After completing my undergraduate degree in electronics and communications engineering, I went to work in the IT sector. But while I was working as an engineer, I discovered I had a passion for public policy and solving development issues. I left my IT job to become a researcher at a public policy think tank called Foundation for Democratic Reforms. In this role, I conducted secondary research and pitched policy alternatives to state governments in India on topics related to healthcare, education, and other areas.

I found that it is quite difficult to convince a policymaker to adopt policy recommendations or suggestions if you do not have any rigorous primary data or evidence to back them up. That's when I realized that I wanted to work with a research organization that generates rigorous scientific evidence, which could help me pitch better policies to the government. That’s how I came to know about J-PAL.

Can you tell us about your role at J-PAL South Asia? Did you focus on a particular sector or topic?

The main project I focused on was the Targeting the Ultra Poor (TUP) program—a two-year livelihood program for the ultra-poor women to help them graduate out of poverty. Much of my work was codifying the program by documenting the processes and creating documents that could be shared with the state governments. I worked on scaling up the program across multiple states. When I started, J-PAL South Asia had begun a pilot with the Government of Rajasthan, with funding to support one thousand women.

In parallel, I also conducted outreach to other state governments, supported program implementation, helped the implementing NGO build its capacity, conducted an outcomes assessment for the government, and supported other activities to scale-up the program effectively.

What were the most challenging and rewarding aspects of the project?

Working with the government required patience and perseverance, as they could be very demanding, and at times it was difficult for us to get what we needed from them. For example, while I supported the research team on the randomized evaluation of TUP in Bihar, I was also supporting the government in effective implementation of the program. Getting the required data from the government and convincing them to implement the program as planned and without delays took most of my time and energy. A great skill I have picked up from these experiences is the ability to convince people to get things done under difficult circumstances.

The happiest moment for me was when the Government of Bihar started scaling up the TUP program through the Satat Jeevikoparjan Yojana (Sustainable Livelihoods Program) in parallel to the randomized evaluation that was happening. They earmarked around INR₹900 crores to scale up the program to 100,000 ultra-poor women across the state—the team and I were very happy that we managed to achieve this end goal!

You have completed the full MITx MicroMasters in Data, Economics, and Development Policy. How has this credential made an impact in your career?

I was super excited to learn about the MicroMasters when it was first released, especially because at the time I had no background in microeconomics or behavioral economics. I started with two courses—Challenges of Global Poverty and Microeconomics—and completed them in one semester by studying over the weekends. One major reason I chose to complete the MicroMasters was to improve my communication with policymakers. Initially, I didn’t have this shared vocabulary and wasn’t confident in explaining concepts such as standard deviation changes and the basic economic foundations for our policy recommendations. The MicroMasters helped me learn how to actually design a randomized evaluation! I really enjoyed the learning journey and could easily apply what I learned to my daily work.

Could you tell us a little about your current role? What does your day-to-day look like?

I am currently an engagement manager at Sattva Consulting. Sattva Consulting is a private, for-profit organization that works with the Corporate Social Responsibility (CSR) departments of various companies across various sectors, from manufacturers to foundations. Corporations in India are mandated to spend two percent of their profits on social welfare programs by law. Sattva supports partners in creating larger impact by strategizing and evaluating their programs.

One of the reasons I wanted to move to Sattva was because I wanted to explore the nongovernmental side of the social impact space. I was very curious about how CSR departments work—I want to learn from them and eventually start something of my own. I currently lead a team within the assessment department at Sattva which conducts impact evaluations and sets up monitoring and evaluation systems for CSRs as well as foundations.

What advice would you give to those who come from an engineering or hard science background and want to work in the field of international development?

A major hurdle that I see for many people transitioning into the international development sector is a lack of awareness or understanding of the sector more generally. Six years ago, when I was planning to switch, not much information was available online about the social space in India. Thankfully, now there is a lot of content available on many online platforms, where one can learn about what the field entails and the types of skills and career trajectories possible. I would suggest leveraging LinkedIn and getting in touch with people who work in this space to try to understand their roles and what they do. Another thing that helped me take on different roles in different organizations was being clear about my own objectives and thinking about whether they align with the goals of the organization I was interested in. 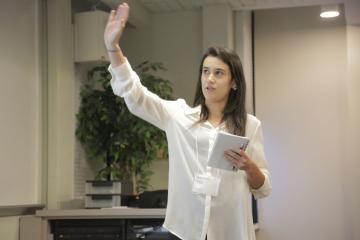 Laura Abadia, J-PAL ’19, on her path from J-PAL Europe to the OECD 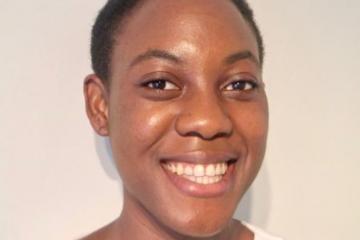 Olawunmi Ola-Busari, J-PAL ’18, balances the science of research with the art of policymaking 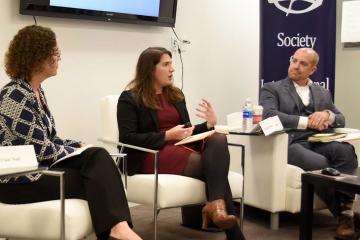