Affiliate Spotlight: Robert Darko Osei on the intersection of agriculture, technology, and development 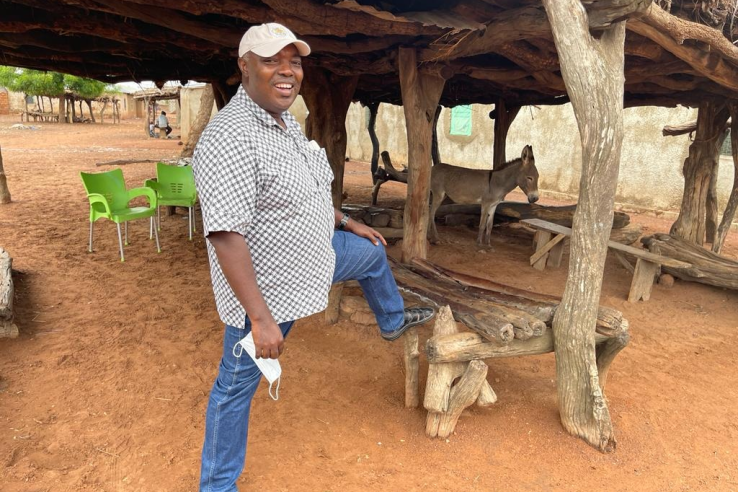 Robert Darko Osei is an associate professor at the Institute of Statistical, Social and Economic Research and Dean for the School of Graduate Studies at the University of Ghana. Robert also serves as co-chair of the Digital Agricultural Innovations and Services Initiative (DAISI), a joint initiative between J-PAL and the Center for Effective Global Action (CEGA), which funds research to identify solutions to challenges faced by smallholder farmers around the world.

While Robert Darko Osei was initially interested in science, he joined his brother in studying economics after he saw how he could draw parallels between his life in Ghana and what he was learning in the classroom. Robert said it felt good to follow in the footsteps of his brother, whom he looked up to—and as he excelled in the subject, he was thrilled by how much there was to learn.

When Robert returned to Ghana after completing his PhD in economics at the University of Nottingham in the United Kingdom, he became increasingly interested in applying what he had learned to issues related to poverty and the effectiveness of development assistance. In particular, Robert identified a key contradiction: while there was “plenty of development investment in agriculture,” the productivity of small scale farmers in sub-saharan African countries, relative to other regions, remained low. According to Robert, “agriculture is at the heart of poverty.”

Robert became a J-PAL affiliate in 2018. He was immediately drawn to the mission of J-PAL’s Digital Agriculture Innovations and Services Initiative (DAISI). “Technology is not going anywhere, so it is critical that we understand how to leverage it in agriculture, especially the impact of technology on smallholder farmers,” Robert explained. “And in sub-Saharan Africa, it is even more timely.”

Outside of DAISI, Robert enjoys tackling other policy questions related to agriculture. With coauthors, he recently conducted a randomized evaluation in Mali on the use of mobile phone voice message reminders for farmers trained in grain-management practices. They found that farmers who received the additional reminders adopted timely harvesting practices and improved grain storage technology, leading to less grain loss on their farms. However, they did not find any effect on yields or revenues, which is partially due to the timing of the survey, as most of the grains were still in storage. For Robert, this evaluation represented just one of the many important lessons to be learned about the role of technology in improving access to information for farmers.

Robert continues to be motivated by his interest in better understanding the effectiveness of development assistance and in influencing policy decisions. In a randomized evaluation funded by J-PAL, he and his coauthors tested the impact of a two-year program that combines training, cash transfers, savings accounts, and more on the lives of those living in extreme poverty in northern Ghana. Robert noted that the results of this study helped inform the Government of Ghana’s decision to continue the program and build out their payment delivery system more efficiently.

When considering the most pivotal and influential moments of his research career, Robert recalls his time speaking with farmers. According to him, “No development economist should write a paper without going to the field.” Robert explained that one “needs to understand the psyche of poor households to design good policy. You can’t understand smallholder farmers just by reading the literature and staying at home.”

Robert also emphasized the need to fund more randomized evaluations led by African economists. To Robert, empowering African researchers will lead to “a richer and more locally-grounded evidence base that can be used by policymakers.” To that end, with DAISI co-chair Tavneet Suri, Robert helped establish the Regional Scholars Program, which sets aside funding exclusively for researchers from Africa.

Robert has been a J-PAL affiliate since 2018. For more information about J-PAL and to read about his research, visit https://www.povertyactionlab.org/person/osei.

Research to Policy: Graduating from Extreme Poverty in Ghana

The challenge:  More than one-fifth of the world’s population lives on less than US$1.25 per day. Support for livelihoods programs has spurred interest in evaluating whether a combination of direct cash assistance and indirect support, like technical skills training or health education, may create a higher standard of living that would “graduate” the poorest members of the population. Researchers conducted six randomized evaluations of this program, known as the Graduation Approach, in Ethiopia, Ghana, Honduras, India, Pakistan, and Peru.

The research: In Ghana, from 2011 to 2013, Robert and his coauthors considered how a multifaceted approach to poverty reduction would fare long-term when compared to singular, one-off interventions. The program offered productive asset transfers, such as goats or hens, technical skills training, health and nutrition education, creation of savings accounts, and household visits to ensure accountability. Participants could receive all of these interventions or a combination of a few. This represented a clear divergence from the government’s prior single-component approach.

The results: After one year, average total monthly consumption among households in the intervention group increased by 11 percent, alongside a 91 percent increase in non-farm income and a 50 percent increase in livestock revenue compared to the comparison group. Overall, the results of the project demonstrated that the multifaceted graduation program had meaningful and sustainable economic impacts in the region, especially for the poorest households.

Research to action: Insights from the evaluation of this program helped to reshape the rollout of Ghana’s national payment delivery system for beneficiaries, reaching over 80,000 households nationwide. This evaluation represents one of the early evaluations of the Graduation Approach to poverty alleviation, and, over several years, governments and development agencies launched initiatives to expand this program. There are also new initiative plans to scale-up the Graduation Approach to reach half a million refugee and host-community households in 35 countries over five years, from 2020 to 2025. Read the evaluation. 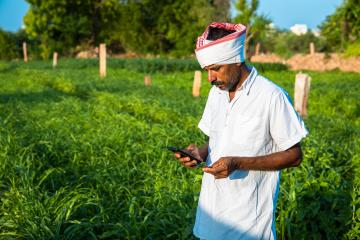 Evidence for digital and bundled services: Framing a research agenda for the Digital Agricultural Innovations and Services Initiative 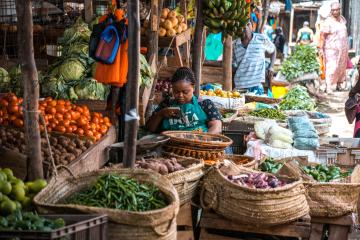