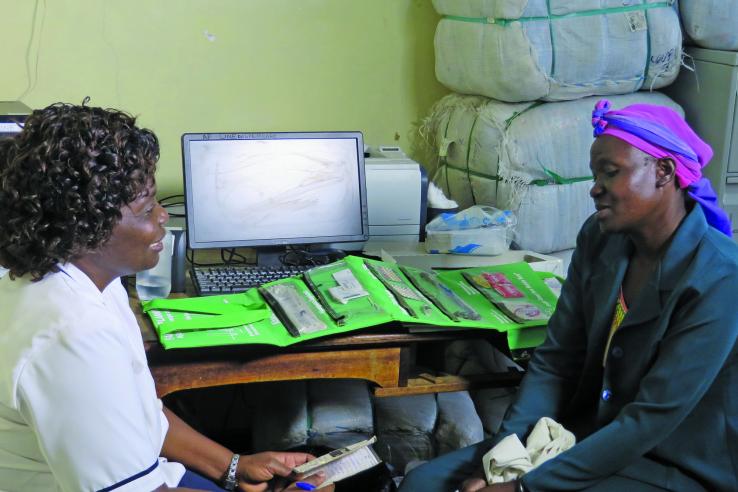 As of 2018, one in five women had an unmet need for modern contraceptive methods. Last week, as we marked the International Day for Maternal Health and Rights—just one year before the Family Planning 2020 goals are due to be met—we reflected on the multiple barriers preventing women from achieving their fertility goals.

Some constraints are due to the health system itself, like lack of physical access to reliable contraception. Other barriers, such as women’s decision-making power, may be less evident, but no less important when thinking about how to increase access to modern contraceptive methods.

Even when contraception is available, women often make fertility decisions with their partners. Data from the Demographic and Health Surveys indicate that, in many countries, men desire larger families than women.

In contexts where men and women have divergent fertility goals and unequal household bargaining power, how are family planning decisions made? How can women’s voices be better positioned at the center of their own reproductive health, and how do family planning programs impact other aspects of women’s lives?

These questions highlight the importance of impact evaluations for family planning programs. By rigorously evaluating how the setting, involvement of husbands, and other factors of an intervention impact contraceptive use, we learn how to more optimally design family planning programs to improve women’s health and enable women to meet their fertility goals.

An evaluation in Zambia

In the study, 749 married women aged 18-40 were randomly selected to receive a voucher for a private appointment at the clinic that included provision of information about and access to modern contraceptives.

The women were then randomly assigned to one of two groups: For those in one group, a community health worker visited their household and provided the voucher to the husband and wife together. The voucher was handed to the husband, and both the husband’s and wife’s signatures were required for use. Women in the other group received vouchers privately and did not need their husband’s signature for use. The researchers and their clinic partners sought to evaluate whether private provision of information could reduce unwanted pregnancy and increase birth spacing.

Results of the study show that providing vouchers privately to women without requiring their husband’s involvement significantly increased take up and use. Women who received the voucher privately were 23 percent more likely to use the voucher and 33 percent more likely to use a concealable form of contraceptive (including injectables) than women whose vouchers required their husband’s participation.

Wives’ lower bargaining power vis-à-vis husbands in fertility decisions was also reflected in how women concealed the private vouchers. Among all women who redeemed the voucher privately, the number of women who hid the voucher from their husbands—or who misrepresented the voucher to convince their husbands to let them use it—accounted for as much as 60 to 85 percent of the difference in voucher use between the two groups.

By providing an opportunity to receive private and woman-centered care, the vouchers enabled women to better achieve their fertility goals. Among women who did not want children in the next two years, those in the who received private vouchers delayed their next pregnancy by an average of three to five months more than women who received vouchers alongside their husbands.

Of course, contraception interventions can have impacts on dynamics beyond women’s health. Despite the success of private vouchers in this program, the authors note that their findings also “provide a cautionary note to both family planning programs that target women exclusively and promote concealable forms of contraceptives, and to male involvement campaigns hoping to change fertility trends and promote family planning.”

Among women who believed their husbands desired more children than they did at the onset of the study, women who received the voucher with their husbands reported being significantly happier and healthier than those who received it privately. In reality, giving women access to concealable contraception privately, although it may improve fertility choices, may also have consequences for marital happiness.

This is just one example of why careful impact evaluation of such approaches is important: We must seek to understand all possible effects of an intervention. This leads to new research questions that can inform future programs: Why are women’s and men’s fertility preferences so often misaligned? How can men be involved in family planning programs that help them better understand the costs to women of childbearing?

Researchers are currently conducting a follow-up study that explores men’s fertility preferences in more depth and how information about the risks of childbirth may influence those preferences.

The results have the potential to help shape future evidence-based programs, enabling women to access quality reproductive healthcare and achieve their fertility goals without consequences for other aspects of their health and happiness. 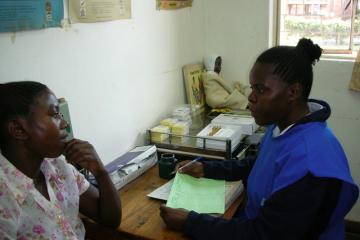