Contraceptive Adoption, Fertility, and the Family in Zambia

Women who received private access to vouchers for contraceptives were more likely to take up and use contraception, compared to women whose husbands were involved in the voucher program. In contexts in which women have less bargaining power in family planning decisions, providing private access to contraceptives may be an important and effective means of enabling women to achieve their fertility goals.

Access to modern contraception provides essential benefits for women and their families by allowing them to control when and how many children they have. Such family planning is important because early, ill-timed, or unwanted childbirth can increase health risks for both mother and child. For example, medical evidence demonstrates that pregnancies spaced too close together or too far apart can significantly increase infant mortality and undernutrition.1 Additionally, contraceptive access empowers women to take control of their health and reproductive choices. Although modern birth control methods have been around for decades, many women in developing countries report substantial unmet need for modern contraceptives.2  The UN estimates that 55 million women in sub-Saharan Africa had an unmet need for modern contraception in 2014.3

Why are so many women unable to meet their need for modern contraception? Part of the answer is that physical access to reliable contraception remains limited in many low-income or rural areas. Additionally, where contraceptive resources are available, the decision to use contraception often involves two individuals who may have conflicting fertility preferences. In this case, a woman’s bargaining power relative to her partner’s—as well as her ability to conceal her contraceptive choices—could be important determinants of contraceptive use.

Fertility and unplanned birth4 rates are high in Zambia, but it is likely that some of these births are unwanted only by women. According to the 2013 Zambia Demographic Health Survey (ZDHS), Zambian women had, on average, 0.8 more children than their desired number of 4.5 children. In contrast, Zambian men reported an ideal family size of 5.0 children.5 As in many countries in which men have a relatively higher demand for children, researchers found significant anecdotal evidence that Zambian women respond by hiding contraceptive use; in the study’s 2007 baseline survey, 77 percent of respondents preferred “a family planning method that only I know I am using.” The 2013 ZDHS reported that injectable contraceptives, which are easily concealed, are the most prevalent contraceptive method among married women.6 While contraceptives in Zambia have been available for many years and knowledge about them is common, access to reliable contraceptive methods remains limited.7 In Lusaka, contraceptives are available through public and private clinics and pharmacies, but inconsistent supply and long wait times limit access. 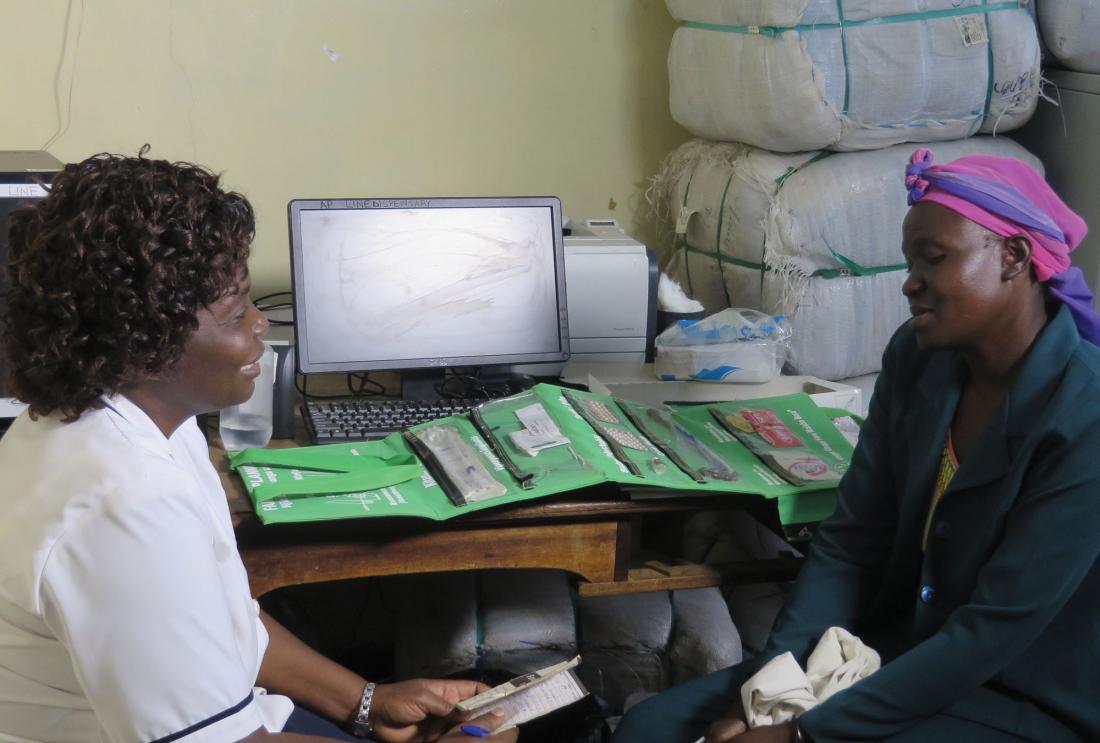 In 2007, researchers partnered with Chipata Clinic, a government clinic that serves low-income neighborhoods in Lusaka, to evaluate whether private provision of information about and access to modern contraceptives could reduce unwanted pregnancy and increase birth spacing. Among eligible married women aged 18–40 living in the clinic’s catchment area who had given birth in the past two years, 749 women participated in a program that provided vouchers for the women to access a wide array of contraceptives at the clinic. In an initial home visit, community health workers visited all women privately to collect baseline data that included family size, fertility preferences, and decision-making dynamics in the household, and to deliver information about the benefits of family planning and the clinic’s services. The women were then randomly divided into two groups prior to a second visit.

During the second visit, in addition to voucher distribution, husbands were surveyed privately about their fertility preferences, and women were surveyed privately about whether they had visited a clinic since the previous household visit. Researchers used clinical records to track women’s contraceptive take-up after voucher distribution. Approximately two years after the first visit, they conducted follow-up surveys with the women to collect data on their marital status, reproductive histories, and health and well-being.

Researchers also held focus groups to collect qualitative information from the women about factors that influenced their decisions to redeem the voucher, as well as separate focus groups to ask their husbands about their experiences after receiving the voucher.

Overall, 48 percent of women redeemed the voucher for family planning services, but women who received the voucher privately were more likely to redeem it.

Fifty-three percent of women in the Individual Group redeemed the voucher for contraceptives compared to 43 percent of women in the Couple Group, a 20 percent higher redemption rate. Voucher redemption was even greater among women who believed their husbands wanted more children than they did (in addition to the children they already had) when the study began. For these women, private access increased the likelihood of voucher redemption by 16 percentage points (34 percent).

Women who received the voucher privately were more likely to take up injectable contraceptives when they did redeem the voucher.

Women in the Individual Group were 6 percentage points (33 percent) more likely to take up injectable contraceptives compared to the Couple Group, in which 18 percent of women used injectables. This difference was over twice as large among women who believed their husbands wanted more children than they did at the beginning of the study.

The differences in contraceptive take-up between the two groups were largely driven by women’s desires to hide their choices from their husbands.

Even when husbands did not want children in the short-term, their involvement reduced women’s take-up of contraceptives.

Sixty-three percent of all couples who disagreed on the ideal number of children agreed they wanted to wait at least two years before having another. However, the women in these couples were still 26 percentage points (67 percent) more likely to use the voucher in the Individual Group, compared to the women whose husbands were involved.

Among women who did not want children in the next two years, those in the Individual Group delayed their next pregnancy by an average of three to five months more than women in the Couple Group.

These women in the Individual Group were 27 percent less likely to give birth in the next year, when contraception from the voucher would have been active, but were more likely to give birth in the fourteen to eighteen months after the program. Even this small degree of postponement could represent a potentially significant welfare benefit for women and children in a setting where the average pregnancy interval is 26 months.

Among women who believed their husbands desired more children than they did at the onset of the study, women in the Couple Group reported being significantly happier and healthier than those in the Individual Group.

However, there was no difference in incidence of domestic violence or divorce between the two groups.

Private access to contraception can enable women to make welfare-enhancing family planning choices that they otherwise might not be able to make.

In this study, women with private access to contraceptives were more likely to obtain them, and were more likely to choose concealable methods than women whose husbands were involved. Increased adoption of contraception allowed them to delay their next pregnancy by an additional three to five months, a significant advance for maternal and child health in a country where pregnancy intervals are very short. In contexts in which women have less bargaining power in family planning decisions, providing private access to contraceptives may be an important and effective means of enabling women to achieve their fertility goals.

However, concealing contraceptive use may carry a psychological cost for women. Policymakers should be mindful of this potential trade-off when designing a family planning program.

While there was no increase in divorce or domestic violence in this study, women who received the voucher privately were less likely to report being healthy and happy after the program. This finding suggests that women place strong value on the quality of their relationships, and that the decision to conceal contraceptives may carry unwanted feelings of mistrust or alienation even when husbands are not aware that their wives have obtained access to contraception.

Husbands’ negative effects on women’s take-up of contraception can keep husbands from realizing their own fertility goals.

Even when couples had the same short-term goals to postpone pregnancy, but conflicting long-term fertility goals, women were more likely to redeem the voucher and to take up injectable contraceptives when they received private access. This outcome suggests that men’s behaviors and attitudes toward such contraception may impede the realization of their own and their wives’ fertility preferences in the short run.

More research is needed to discern why women’s and men’s fertility preferences are so often misaligned, and to understand how to involve men in family planning programs that help them better understand the costs to women of childbearing.

Increasing husbands’ knowledge of maternal mortality risks could help to more closely align the preferences of husband and wife, imposing fewer psychological costs to women for their family planning choices and allowing couples to achieve mutual short- and long-term fertility goals in a transparent partnership. Researchers are currently conducting a follow-up study8  that explores men’s fertility preferences in more depth, and tests ways in which to influence them.