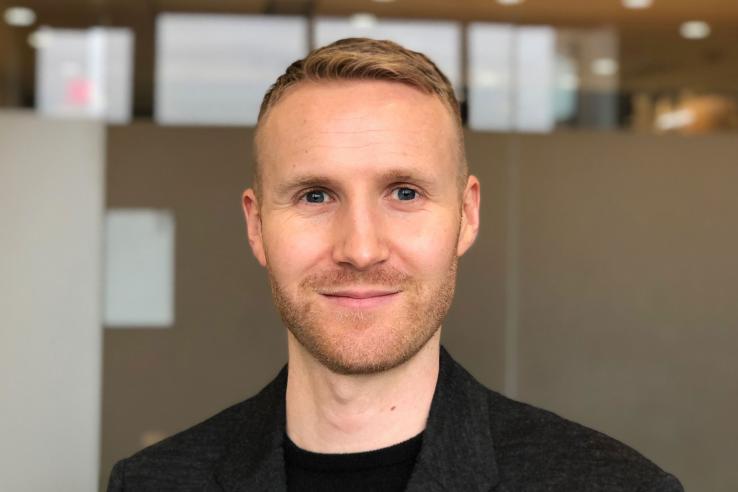 Will Dobbie is a J-PAL affiliate and an assistant professor of economics and public affairs at Princeton University. He is a recipient of a 2019 Sloan Research Fellowship, awarded to “early-career scientists of outstanding promise” in recognition of “distinguished performance and a unique potential to make substantial contributions to their field.”

Congratulations on being awarded a 2019 Sloan Research Fellowship! What does this fellowship mean to you, and what was your reaction when you first learned you were awarded?

My initial reaction was a combination of feeling very honored, lucky, and a little shocked. The award makes me feel like I should work harder to live up to the potential people see in me.

It also gave me a chance to reflect on how incredibly lucky I have been throughout my career with the numerous opportunities I have received. I have had great advisors along the way in graduate school.

At Princeton, my colleagues have also been very giving of their time and energy. My growth as a researcher and an academic due to this setting has been incredible. I would say my real talent has been listening to the terrific advice and guidance I have received during the course of my career.

Taking a step back, how did you first become interested in the field of economics and researching the causes and consequences of poverty in the United States?

Like many people, my interests have evolved over time.

My original interest in economics started when I was living in Kenya as a college student studying abroad. I was struck by the contrast I saw in cities like Nairobi, where you have incredible wealth and poverty at the same time.

It was puzzling on an economic and intellectual level, as I met all these people who were incredibly bright and hardworking, and still poor. I wanted to understand the barriers preventing such talented people from living better lives. In graduate school, my eyes were opened to the same puzzles in the United States.

Much of your research focuses on important policy issues, such as racial bias in the criminal justice system, the labor market consequences of bad credit reports, and the long-run effects of charter schools.

What guides your process for selecting a research question, and what interests you about these particular themes?

There are so many challenging and interesting topics in the world, so I try to choose topics in which I am personally invested. This personal investment is important because I like to dedicate myself to research topics for at least 10-15 years at a time.

I also try to choose topics that are policy relevant so that my work can influence policy, or at least add to the broader debate around those policies.

So, I try to ask myself if this research is important to me, and whether it could move the needle on a particular policy issue, and make my decisions based on that.

What have been some of the most meaningful results or outcomes of your work so far?

Three in particular stand out.

The first was my early work on charter schools with Roland Fryer, where we learned that the racial test score gap could be closed with high-quality schooling. That was very impactful for me early on because it helped underscore the possibility that research can meaningfully change the debate on an important issue.

The second was my work on bankruptcy with a number of coauthors, where we learned how the bankruptcy system can function as social insurance and really help individuals climb out of poverty (see the papers here and here).

Before, many saw the bankruptcy system as a way for individuals to take advantage of the system, and believed that individuals who filed for bankruptcy were only in that situation because they were financial failures who would continue to fail in the future. My work has shown that we should really see bankruptcy as a social support—a lot of people benefit from the current bankruptcy system and are able to rebuild their lives after getting a financial fresh start.

The third was my most recent work on the criminal justice system, again with a number of coauthors, where we learned how incredibly harmful the current system can be for families—particularly for minority families (see the papers here and here).

Our research has documented exactly what the costs of the criminal justice system are for these families, which hopefully will help move the needle on policy. I do think that the policy environment is ready for a new pre-trial system, in particular, and it’s been incredibly meaningful to be part of the conversation on how we can do that in a responsible and effective way.

What new projects are you most excited about, and are there any projects you feel are more feasible now that you have this flexible source of funding as a Sloan Research Fellow?

I’m particularly excited about the future of two projects.

The first is with Katie Coffman at the Harvard Business School and Crystal Yang at the Harvard Law School on reducing racial disparities in the bail system by improving bail judges’ decision-making. We are focusing on two aspects of judicial decision-making. The first is consistency, as we want to increase the overall fairness in the pre-trial system. The second is reducing negative stereotypes judges may have, as we want to reduce what we see as unwarranted racial disparities in pre-trial outcomes.

The second project I’m really excited about is with Sara Heller at the University of Michigan and David Deming at the Harvard Kennedy School. We are interested in addressing the problem of high dropout rates in education and job training programs.

For this project we are partnering with Job Corps, a US government program that provides education and job training for youth, to introduce a curriculum based on cognitive behavioral therapy. The curriculum aims to decrease “problem” behavior and improve employability among youth living in high-risk situations. It is based on Sara’s earlier work but adapted to the Job Corps context.

We are designing the project in a way that, if the pilot program is successful, can be rolled out nationwide.

I am excited to move forward with these types of projects in which we are moving beyond the use of existing data and programs—we are actually using research to create new programs and approaches that can help reduce poverty and inequality in the United States.