Beyond the evidence: Reflections from a past high school tutor 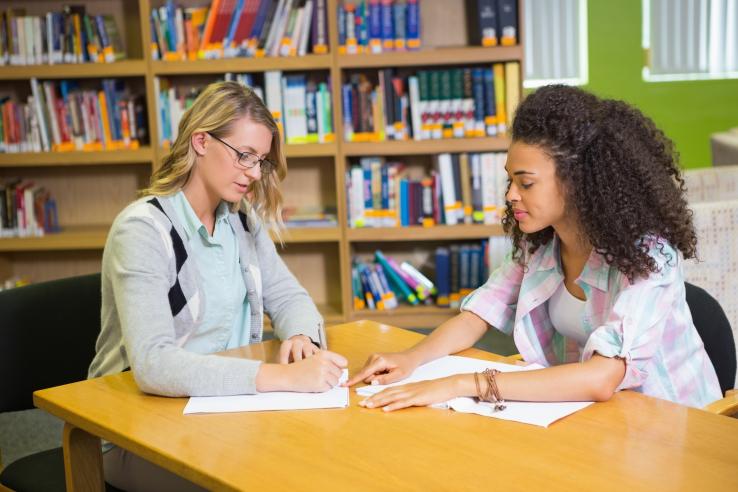 Evidence shows that tutoring is an effective strategy to accelerate learning. What most evidence does not show, however, are the personal experiences and stories of the students and the tutors who make these programs possible.

While in college, I was a tutor through a partnership between Americorps, the Boys & Girls Club, and certain schools in Utah. This program aimed to increase performance and interest in STEM subjects (science, technology, engineering, and math) by hiring part-time tutors that would work at certain schools in the area—including my former high school.

Tutoring has a greater impact when tutors are paid and trained. Both aspects were essential for me because they created increased accountability and a support network. During the school year, I worked in classrooms and after school with students who were either referred by teachers or came for themselves. During the summer, I worked during free periods with students who were taking remedial courses.

I quickly realized that my experience—which consisted largely of AP coursework and positive teacher relationships—was not remotely similar to my students’ experiences at the very same school. Because I spoke Spanish, I was assigned to mainly work with native Spanish-speaking students from grades 9-12 who were still learning English. Most had immigrated to the United States in the past couple years. They were dealing with numerous personal challenges on top of trying to figure out trigonometry in a second language.

Researchers believe that one of the underlying mechanisms of tutoring’s impact is the mentorship bond that forms between the students and the tutor. This appeared to be the case in my experience. My students brought their whole selves to our sessions. They had bigger challenges than I ever had at 15 or 16, and I was one of the few people that these students saw consistently. I spent just as much time teaching subject material as trying to build their confidence and belief that they were capable of doing just as well as any other student.

One of the first students I started working with, Claudia (all names have  been changed to protect privacy), had moved from Chile to live with her brother and his girlfriend. Her parents and extended family all still lived in Chile. She had been a high-achieving student in Chile and felt frustrated that she wasn’t doing well here. She didn’t feel confident enough to ask for clarification from her teachers, but in a one-on-one setting with me in her own language, she was able to better engage with the material and started to enjoy school again. At the end of her junior year, Claudia began to ask me how she could apply to college—something she had previously told me she was not interested in. I watched her expand her idea of what she thought was possible.

Marco, a student I worked with during the school day and during summer school, had no shortage of “big plans.” He would often tell me about the many businesses he was going to start (then sell, of course) and told me early on that he didn’t think school was going to help him with that. But he rarely missed the small group summer tutoring sessions I led and would often bring bagels for everyone. He didn’t like to talk about life at home, but from everything I gathered, things weren’t great. Despite his own skepticism and personal challenges, he worked with me through the whole summer, was able to finish his remedial courses with good grades, and was back on track to graduate by the end of the summer.

Our tutoring program wasn’t required for any students, so we relied on referrals from teachers and students choosing to come for themselves. I was only meeting with a couple students when I started, but they apparently thought it was worthwhile because they started bringing friends with them. Some would only come once a month to cram for a test, but by the middle of the school year, I had a core group of about ten students that I would work with 3-4 times each week. Tutoring has been shown to be most effective when students attend at least three times a week, and I certainly saw the biggest improvements with this group of students.

They were excited to share their successes with me, as well as vent about the questions they should have gotten right for one reason or another. One student came to me after retaking her math test, graded exam (a B+!) in hand, and told me, “Mrs. Jones thought I must have cheated because I did so much better than before. So I did some new problems right in front of her and she saw for herself that I actually understood this stuff now.”

On my last day of the school year, students found me and asked me to come in the following day to sign their yearbooks. I was surprised, but happily did so and had them write me something in my notebook too. I would like to think that I made some difference in their lives that year, because I know they made a huge difference in my outlook on life.

I was thrilled to hear that the Biden administration is calling on schools to allocate funds to train and hire more tutors to work with students. From both my experience and the evidence we have from J-PAL studies, this will pay off huge dividends—for the students, and maybe for the tutors as well. 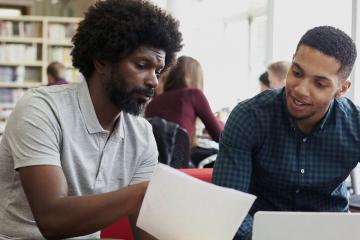 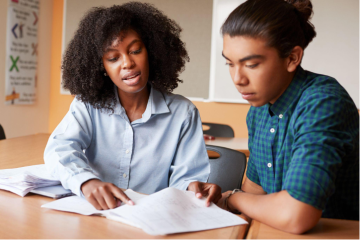 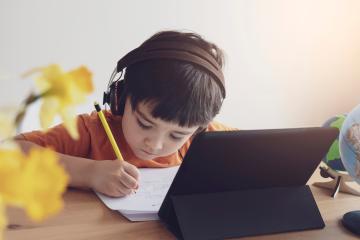