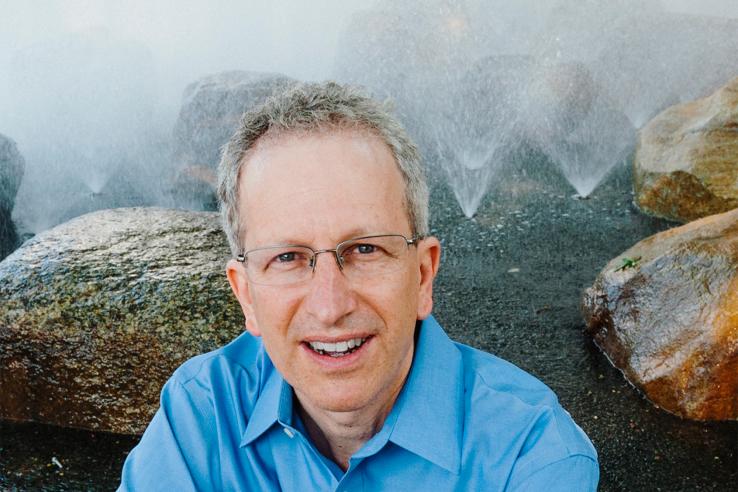 A new paper summarizing preliminary findings from the Creating Moves to Opportunity (CMTO) study was just released. Results demonstrate that helping low-income families overcome barriers to moving to higher-opportunity areas may be a promising strategy for reducing residential segregation and promoting economic mobility. We sat down with Lawrence Katz—Co-Scientific Director of J-PAL North America and one of the authors on the CMTO study—to collect his reflections on the preliminary results, how this study builds upon his previous research, and how these and future results may inform housing policy moving forward.

You were one of the original evaluators on the Moving to Opportunity (MTO) study, which inspired the current CMTO study. How did you first become interested in researching the effects of place and housing mobility?

I first started working on housing and mobility as an undergraduate in the late 1970s at UC Berkeley, when restrictive land use regulations and exclusionary zoning practices serving to keep out lower-income and minority families were spreading. My first published paper as an undergraduate in 1980 (with Stuart Gabriel and Jennifer Wolch) was on the growth of land use regulations and exclusionary zoning in the San Francisco Bay Area following the passage of Proposition 13 in California in 1978. My senior thesis was on the impact of land use regulations on housing prices and how such policies could exacerbate racial and economic residential segregation. And in the early 90s, I conducted a large-scale survey with Anne Case looking at neighborhood effects for youth in Boston.

In 1993, when I was chief economist in the U.S. Department of Labor under the Clinton administration, we had the incredible opportunity to conduct a randomized evaluation with HUD to measure the effects of neighborhoods on the outcomes for low-income families—this is where the Moving to Opportunity (MTO) demonstration originated building on the Gautreaux project in Chicago and the groundwork of the legendary civil rights lawyer Alexander Polikoff. As an academic after my return to Harvard, I had the opportunity to collaborate on the early, interim, and final evaluations of the MTO experiment.

What motivated the CMTO study? How does this study build from MTO findings?

CMTO was strongly motivated by the long-term MTO findings, which showed that neighborhood environments matter substantially for the long-run educational and economic outcomes for children from low-income families. That motivated a great interest in understanding why low-income families with housing vouchers do not end up moving to affordable, high-opportunity areas, which could improve the health and wellbeing of parents and provide better outcomes for their kids.

How have you seen the policy and research landscapes evolve from the original MTO study to the current day?

It’s been a long and winding road. When we first started MTO, it was motivated in a brief moment in 1992—following the Rodney King riots in Los Angeles—when, for a brief period, Congress became more concerned in segregation, race, and US metro areas, and it passed a bill that generated the money for the MTO demonstration. Early on there was some backlash against the demonstration, especially in the suburban areas around Baltimore, and an intended second round of MTO never got funded.

The short-term and interim MTO results showed promising impacts in improving the health and well-being of adults and of adolescent girls, but no detectable impacts on adult earnings or on the educational outcomes of the older children. We probably lost much interest among policymakers for housing mobility policies because MTO wasn’t quickly improving incomes. But what we learned is that, if you want to see true long-run impacts on kids of changes in neighborhood environments, you have to wait a long enough time for the kids to become adults and to observe their labor market outcomes.

When Raj Chetty, Nathan Hendren, and I were able to link the MTO families to administrative tax records to study long-run economic outcomes 15-20 years after random assignment, we found very large and positive impacts for the younger MTO children—including that children under the age of 13 when their families moved were more likely to attend college and have substantially higher incomes. The long-run findings for younger children completely changed the perspective. Policymakers were interested again, and we’ve now seen bipartisan support to build evidence-based policymaking around housing mobility. Recently, MTO study results informed the federal Housing Voucher Mobility Demonstration Program, which aims to expand mobility programs across the country.

What excites you most about the preliminary findings from the CMTO study?

The CMTO program effects on opportunity moves are huge. We found that housing mobility services offered to program participants increased the share of families who move to higher-opportunity neighborhoods by 40 percentage points. We also saw at least 30 percentage point increases in moves to high-opportunity neighborhoods across different races, family sizes, and household income levels. It also looks like it’s the barriers to making the move, and not a lack of desire to move to high-opportunity areas on the part of the families themselves, that stand in people’s way. The role that CMTO program staff can play in brokering with landlords, while providing emotional and psychological support for families, seems quite impactful.

This customized policy is more expensive compared to, say, simple information provision, but it is very cheap relative to the benefits it produces. For instance, we’re paying an average of $2,600 for CMTO services per family, which is around 1.5% of what we spend on the rent of the voucher over its lifetime. This is very small relative to the forecasted impact on children’s earnings, which we project to increase about $200,000 over the lifetime of a child who moves at a young age and whose family persists in a high-opportunity neighborhood.

How do you hope future results will inform housing policy moving forward?

The results show that families move across a wide range of opportunity neighborhoods— they’re not clustered in one area. It appears that the CMTO program’s approach of providing personalized staff who can negotiate with landlords on behalf of the families can reduce racial and economic segregation in less diversified communities. If these results hold up, our hope is that other housing authorities and non-profits will think about CMTO services as a feasible set of policies to make our existing housing assistance dollars go further toward reducing segregation and improving family outcomes. To be sure, we still need to see whether the CMTO families persist in their now high-opportunity neighborhoods, but the early results among CMTO program participants on neighborhood satisfaction and expectation of staying suggest we are not just pushing families to areas they plan to leave quickly.

What are you most excited about for future research around neighborhood opportunity and housing mobility?

We want to examine the persistence of changes in neighborhood environments for the CMTO families in the treatment and control groups over the next couple years to better understand the efficacy of the policy. We worked with some really high-capacity public housing authorities in Seattle and King County. An important question going forward is whether a broader set of PHAs can have the same success.

We also need to complement housing mobility with place-based strategies to create higher opportunity everywhere. A lot of the research our team is doing now is looking at the impact of place-based policies. This is much tougher to do with an RCT, but for historical, quasi-random, place-based policies, such as empowerment zones and Hope VI housing project revitalizations, we can now link to Census and tax data to follow the original residents of those areas over time and compare their outcomes to the outcomes of residents of similar areas that didn’t receive such policies. This will help us learn about the effectiveness of place-based policies for the intended beneficiaries (the original residents) to complement housing mobility strategies such as CMTO. I think learning about the effectiveness of different place-based strategies is going to be our next exciting area of research.

This is the second post of a two-part blog series on the CMTO study. In the first post, we drilled down into the planning and research management activities that underlie the success of the CMTO project to date, highlighting the role that J-PAL North America and other partners have played on this project. 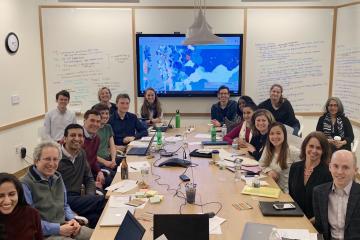 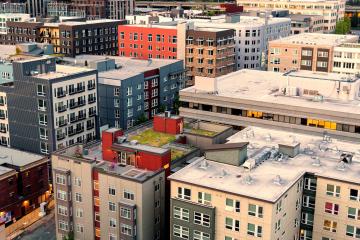 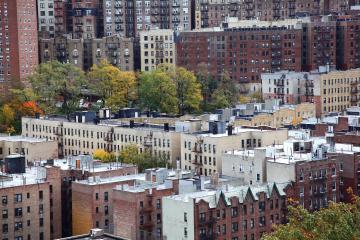