In contexts with limited access to formal financial institutions, Village Savings and Loan Associations (VSLAs) could fill a gap by facilitating access to informal financial services. Researchers partnered with Cooperative for Assistance and Relief Everywhere (CARE) to evaluate the impact of VSLAs on rural households. The promotion of these groups led to an improvement in financial inclusion for participants—including, substantial increases in savings and receiving a loan. However, researchers did not find evidence of impacts on average consumption, business outcomes, women’s empowerment, or other welfare outcomes.

A large number of people remain unbanked, despite the increasing reach of financial institutions and digital financial service providers. Without formal financial services such as credit and savings products, people experiencing poverty in rural areas face challenges to making complex financial decisions, such as investments in their farms and businesses or expenditures for unexpected events like illnesses or funerals.

Traditional community saving methods create opportunities to save cooperatively, but they have limited flexibility and functionality since this model does not allow savers to earn interest or borrow money. Village Savings and Loan Associations (VSLAs) build on the Rotating Savings and Credit Associations model to create groups of people (often women) who pool their savings to have a source of lending funds; members make savings contributions to the pool and can also borrow from it. VSLAs are thought to play a critical role in bringing financial services to rural areas, but there is limited rigorous evidence on their impact.

CARE, an international non-governmental organization (NGO), worked with researchers to evaluate their model of the VSLA program, which they developed in Mali in the 1990s, in five districts of Northern Ghana. With help from village representatives and leaders, researchers identified 4,487 households to participate in the program. CARE field officers formed VSLA groups composed of eligible participants.

Most villages were relatively remote, located about a ninety-minute walk from the closest paved road. On average, villages in this evaluation were home to around 680 residents that all engaged in agricultural activities, with a smaller share of households (9 percent) also running businesses. In general, participating households were relatively better off than households who were not included in the program; for example, about 1 percent of women had taken a loan in the last twelve months. This VSLA program was exclusively targeted to adult women; on average, participants were 37 years old, married, in a household of approximately six people, and had low education levels. Twelve percent of participating women could read and write in English, but most participants reported having less than five years of schooling. 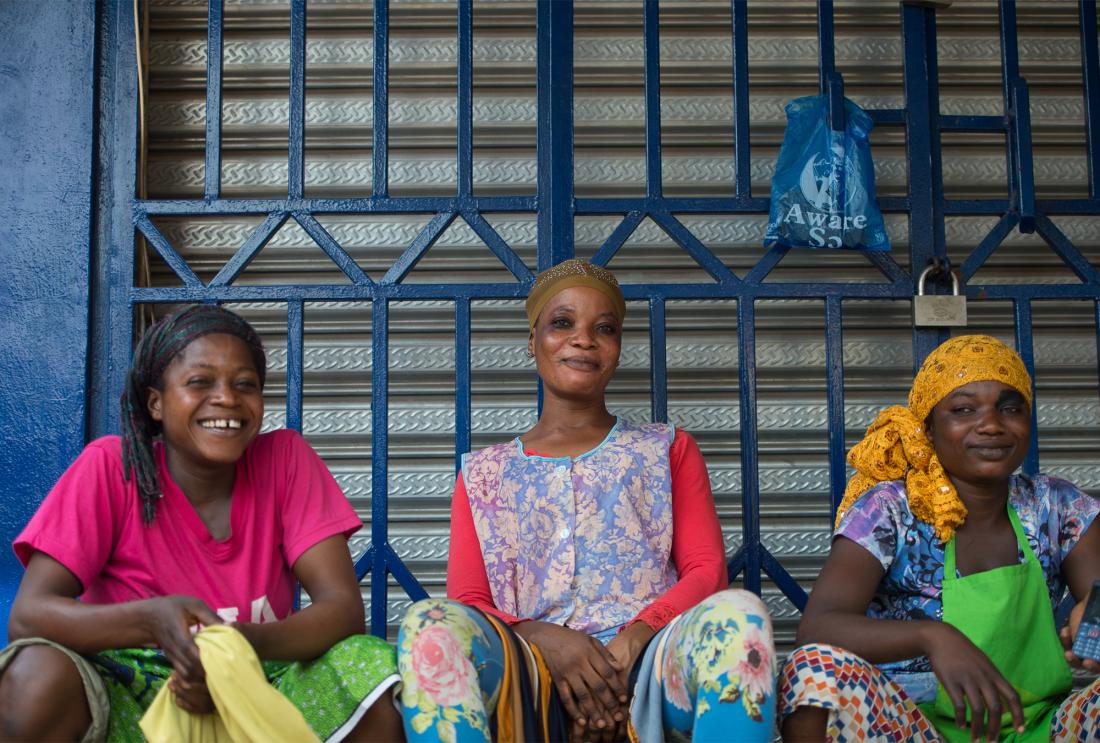 Researchers partnered with CARE and two local NGOs, Presbyterian Agricultural Services and Rural Aid Action, to evaluate the impact of VSLAs on households’ use of financial services, business activity, income, women’s empowerment, and consumption. Researchers randomly assigned around half of a group of 175 villages to create VSLAs and half to a comparison group that did not host any VSLA activities. To set up VSLAs, NGO field officers from one of the local partners conducted initial promotional activities and facilitated the formation of VSLAs.

VSLAs have three main components: a group-based commitment savings program, a process for members to request loans from the group whenever needed, and a social emergency fund regularly financed by members. In this evaluation, members met weekly and pooled money in a locked box to create a fund from which members could borrow. The group together set interest rates for loans to members, which allowed other members to earn a return on their contributed savings. In addition, most VSLAs included a social or solidarity insurance fund managed by the group to help members in need through interest-free loans or cash grants in case of emergency. Interested women formed groups of about 24 members, and CARE supported and monitored the group activities for 19-30 months.

Access to VSLAs led to higher financial inclusion—increased savings and access to credit—and participation. However, VSLAs did not lead to improvements in households' financial well-being, livelihoods, women’s empowerment, or microenterprise outcomes. The lack of impact likely reflects the fact that participants saved relatively little; though savings increased, the amount was too low relative to household consumption to have transformative effects on the overall financial well-being of a household or microenterprise.

Membership in savings groups: At the end of the study, 36 percent of households in participating villages had a member in a VSLA compared to 8 percent of households in comparison villages. Participation in any savings group increased by 17.3 percentage points among women in target villages, an increase of 41.4 percent compared to the comparison group.

Financial inclusion: As measured by an index, financial inclusion improved for female respondents in program villages. Specifically, individual and total savings grew for participants, and the program improved access to credit.

By the end of the evaluation, 69 percent of members had completed at least one savings cycle, receiving their savings and interest share-outs. Weekly median savings contributions were under US$1 while total reported savings grew by US$12.16, a 40.8 percent increase relative to non-participants in the VSLAs. Most savings share-outs were used for agricultural and business purposes, which were the main sources of economic activity prior to the evaluation.

Half of the members had received at least one loan from the group, paying an average interest rate of 10 percent with an average term limit of one month. Loans from the program VSLAs were most often used to support businesses or to purchase food for the household. In the twelve months prior, 61 percent of women in the program-created VSLAs obtained a loan from any lender (not just from the VSLA groups), 12.4 percentage points more likely to receive a loan than the comparison group, suggesting that participating women were more likely to access credit in general compared to non-participating women.