The effectiveness of tools to get people out to vote is of substantial interest to political campaigns and government officials, particularly when it comes to very close elections decided by just hundreds of votes. Researchers evaluated the impact of direct mail and phone calls on the turnout of Black voters in ten different states. Neither mailings nor phone calls significantly impacted voter turnout, perhaps due to the large volume of political messaging that voters had to navigate.

The 2000 general presidential election in the United States was decided by just a few hundred votes, and reinvigorated interest in get-out-the-vote (GOTV) campaigns. Direct mailings and phone calls represent two popular GOTV methods, as they have broad geographic reach and are quick to implement. At the time of the study in 2000, the results of previous studies offered mixed evidence on the effectiveness of direct mail and phone calls. For this reason, researchers sought to develop further evidence regarding which GOTV techniques are most cost-effective serves to influence political campaigns and government officials. This study took a novel approach by assessing the impact of direct mail and phone calls specifically on the turnout of Black voters.

Although direct mail and phones calls are common GOTV techniques, they are not typically associated with the mobilization of Black voters. This is due to higher levels of residential mobility and a smaller proportion of listed numbers among Black voters. This study offers insight as to whether mailings or phone calls are useful for mobilizing Black voters. Researchers examined voter turnout among Black voters in ten different states that varied in electoral competitiveness. The states of Florida, Michigan, Missouri, Ohio, and Pennsylvania were labeled as competitive “battleground states” by several news organizations. On the other hand, the states of Georgia, North Carolina, New Jersey, New York, and Virginia were expected to have fairly uncompetitive races. Researchers acknowledge the possibility that GOTV strategies may be more effective in less competitive states where there are fewer campaigns and other GOTV interventions competing for voters’ attention. 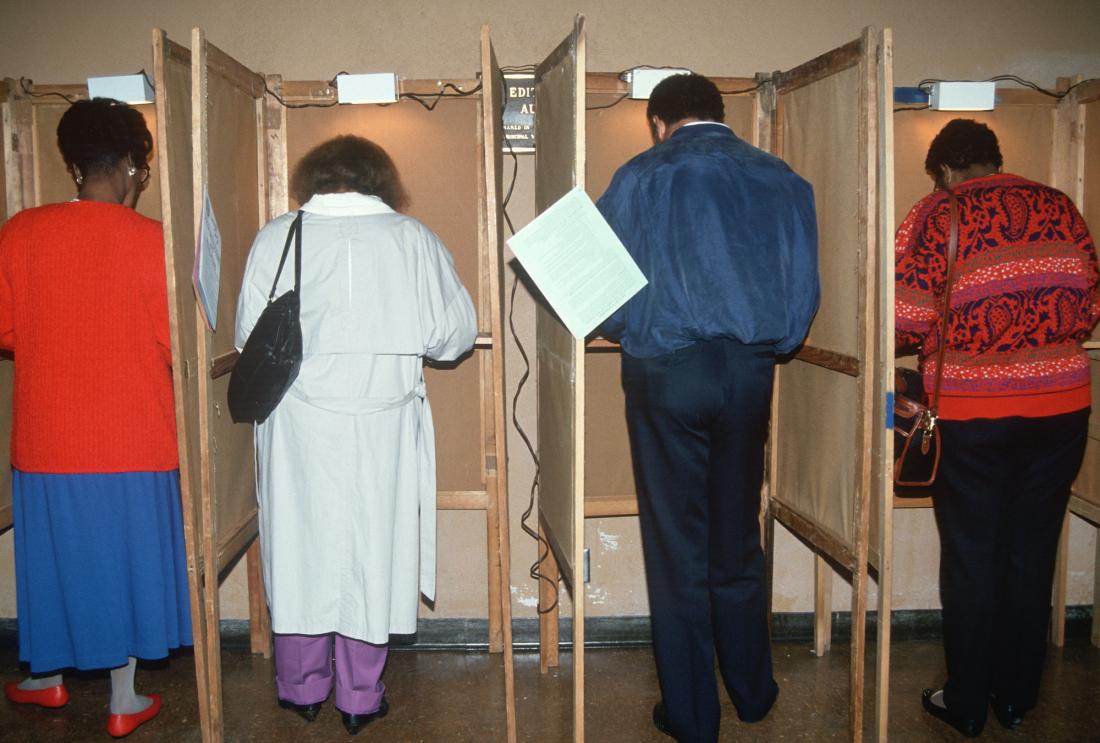 The GOTV campaign was conducted by the NAACP’s National Voter Fund. The phone calls consisted of three conversations with African-American callers employed by a commercial phone bank and two recorded phone calls, while the mailing including two general GOTV mailings. The direct mailings were sent to young and middle-aged voters who had abstained from voting in one or more recent elections. Both the phone calls and the direct mailings dealt with issues that were meant to appeal to African-American voters, including racial profiling, hate crimes, and educational opportunity. In order to assess the impact of the direct mailings and the phone calls on turnout rates, researchers utilized public voting records.

Direct mailings and phone calls had weak and statistically insignificant effects on the turnout of Black voters. Mail effects were slightly negative; phone effects were slightly positive. The authors estimate, with a back-of-the-envelope calculation, that these GOTV techniques cost approximately $158 per vote in contrast to the approximately $12-20 per vote that more effective face-to-face canvassing campaigns costs. Researchers speculated that the weak effects of direct mail and phone calls may have been due to the large volume of campaign stimuli that voters received. However, treatment effects were not significant in either battleground states or non-competitive states where the amount of campaign stimuli may have been less. In this sense, mailings and phone calls do not present a very cost-effective GOTV technique for mobilizing Black voters, although they do offer broad outreach and are quick to implement.