Promoting Productive Inclusion and Resilience in National Safety Nets: A Four-Country Evaluation in the Sahel

Households living in extreme poverty face a wide range of challenges that limit their ability to make productive investments or cope with unpredictable shocks such as droughts or disease. Productive inclusion programs combine cash transfers with trainings and other support to increase household earnings while also helping households withstand and recover from shocks. However, little is known about the impact of productive interventions when implemented at scale within national safety net systems, or about the optimal combination of interventions. In partnership with country governments and the World Bank, the research team has been evaluating how different productive packages impact the wellbeing and economic stability of safety net beneficiaries in Burkina Faso, Mauritania, Niger, and Senegal. In Niger, a multi-faceted economic inclusion program delivered to women beneficiaries of a national cash transfer program improved women’s consumption and food security, increased their off-farm business activities, and improved their psychosocial well-being.

Households living in extreme poverty face many challenges that constrain their ability to earn a living. These constraints can range from lack of capital and skills to pervasive social norms, exposure to various types of shocks, or being disconnected from local markets. Although the combination of different interventions appears to be critical for sustained impact on productive inclusion,1 research-to-date tends to focus on partnerships with nonprofit organizations, while the effectiveness of large-scale, government-led programs may differ from the efficacy of smaller-scale, non-governmental programs.

Social safety nets establish mechanisms to reach and provide consumption support to the poorest and most vulnerable households. A growing number of countries are seeking to implement packages of productive inclusion measures for safety net beneficiaries, including training programs, asset transfers, psychosocial support, and/or facilitated access to markets. However, little is known about the impact of multifaceted programs implemented through government systems, or about the optimal combination of productive measures to effectively lift households out of poverty.

As of 2018, approximately forty percent of people in Sub-Saharan Africa lived on less than $1.90 dollar per day, the international benchmark for extreme poverty, making it the poorest region in the world.2 Countries in the Sahel region of West Africa are among the poorest in Sub-Saharan Africa, with extreme poverty rates higher than forty percent in Niger in 2020.3 The Sahel region is particularly exposed to climate shocks, making it especially difficult for poorer households to escape poverty.4

National cash transfer programs have risen considerably in popularity around the world to provide consumption support to very poor households, including in the Sahel.  Increasingly, policymakers in the region are interested in complementing cash transfer programs with additional interventions that can improve the ability of recipient households to foster resilience and cope with climatic shocks. To support these efforts, the World Bank and partner countries launched the Sahel Adaptive Social Protection Program in 2014. The program’s objective is to increase access to effective adaptive social protection systems for poor and vulnerable households across the region. As part of the program, country governments, the World Bank, IPA and partner researchers are collaborating to evaluate complementary interventions that, combined with traditional cash transfer programs, have the potential to promote productive economic inclusion and resilience among poor households in the region. 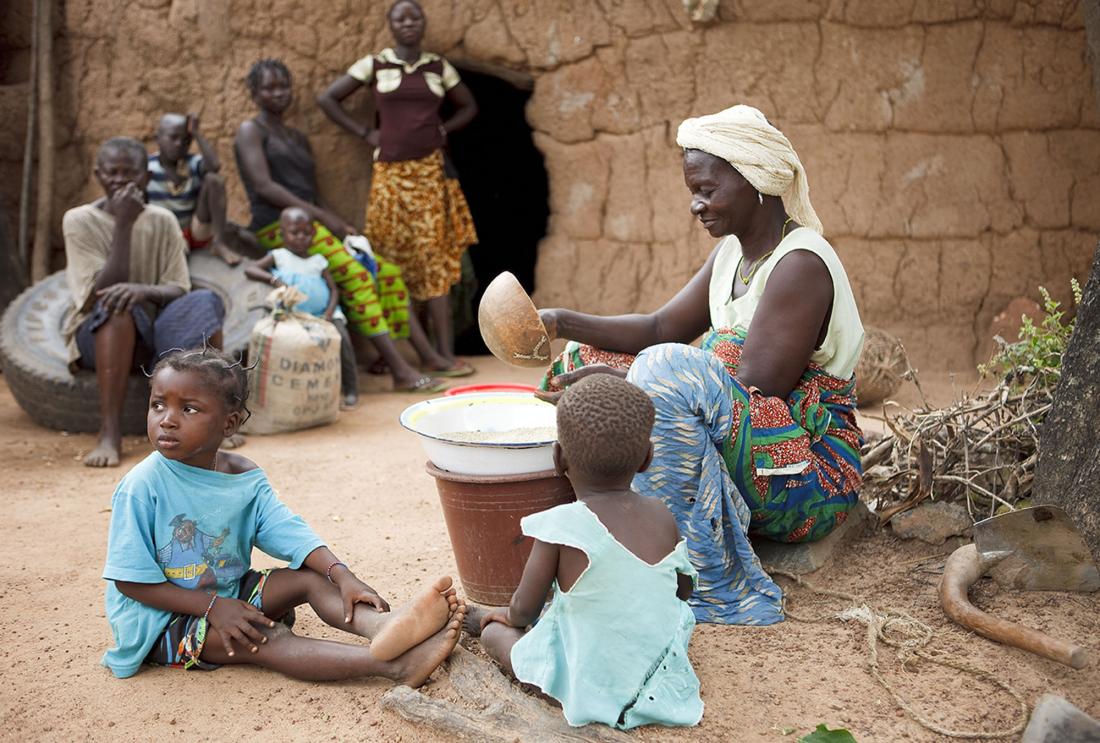 Country governments, the World Bank, IPA and partner researchers are collaborating to evaluate the impact of different packages of productive interventions on the economic wellbeing and resilience of safety net beneficiaries in Burkina Faso, Mauritania, Niger, and Senegal. The system used to deliver the intervention varies across countries, ranging from fully government-implemented to fully NGO-implemented.

The programs in this evaluation include combinations of the following set of seven interventions:

In each of the four countries, researchers used public lotteries to randomly assign villages or neighborhoods to one of the following four groups:

The evaluation team has been gathering information on household income, assets, consumption, and food security, and on individual-level mental health and women’s empowerment, to evaluate the impact of the different program packages on participants’ wellbeing.

Results are forthcoming from Burkina Faso, Mauritania, and Senegal.

In Niger, researchers compared the impact of the three packages for female program participants, who were already receiving monthly cash transfers through a national cash transfer program implemented by the Government of Niger.5  All three packages led to significant improvements for participants across a range of outcomes after six and eighteen months of program participation relative to a comparison group. Participants enjoyed improved food security and higher household consumption. They increased their business investments and saw higher revenue, mostly from off-farm businesses.  Additionally, all three packages led to increased participation in savings groups. There were also positive impacts on psychological and social well-being and some dimensions of women’s empowerment. Women in all three groups experienced increases in social empowerment and control over their income-generating activities and earnings. However, this did not lead to an increase in power over household decision-making.

The research team also assessed the cost-effectiveness of each study arm.  At eighteen months after the start of the program, the psychosocial arm was the most cost-effective in terms of household consumption, with a cost-benefit ratio of 126 percent. This was followed by the full package (95 percent) and the capital package (58 percent). It is worth noting that these cost-benefit ratios will change over time, depending on whether participants continue to enjoy higher household consumption even after the end of the program.

These results highlight the value of addressing both psychosocial and capital constraints in poverty reduction programs and that neither capital nor psychosocial programs are substitutes for each other.