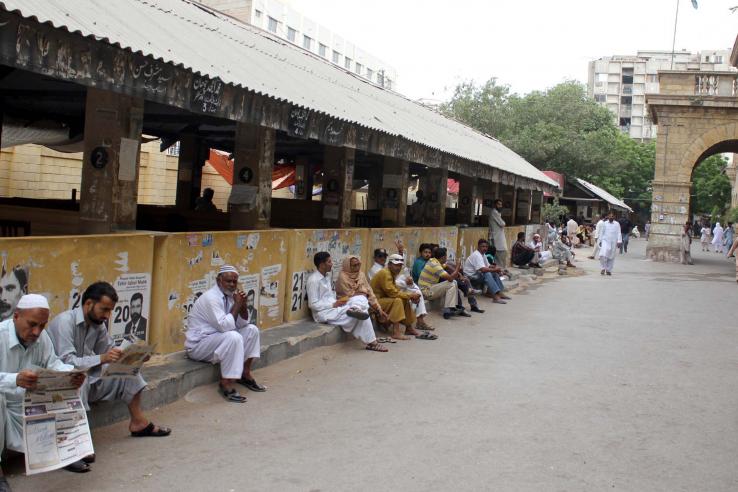 In fragile and conflict-affected contexts, effective systems for justice provision and dispute resolution are essential for maintaining a lasting peace. However, in countries with weak state capacity, formal justice institutions are often inadequate or nonexistent. This can lead citizens to seek resolution elsewhere, including through local, informal processes. In such contexts, how can the state strengthen formal systems of justice provision and build citizen trust in the state? And how can informal dispute resolution systems complement or undermine these efforts? The third webinar in the Governance, Crime, and Conflict Initiative’s (GCCI) series will discuss randomized evaluations funded by GCCI that address these questions and their implications for policymakers.

Hosted by J-PAL’s Crime and Violence Initiative, Governance Initiative, and Innovations for Poverty Action’s (IPA) Peace & Recovery Program, this webinar series showcases emerging evidence and policy lessons from the first three years of GCCI. J-PAL and IPA, with support from the UK’s Foreign, Commonwealth & Development Office, jointly launched GCCI with the aim of increasing our understanding of effective policies to promote peace and good governance, reduce crime, and support individuals and communities recovering from conflict.

Researchers are experimenting with various approaches to improve the efficacy, fairness, and take-up of formal dispute resolution services provided by the police and courts in order to build state legitimacy and credibility. Elsewhere, including in contexts where formal, state justice institutions have limited reach, informal and hybrid systems—often embedded in customary or village-level institutions—have also provided fertile ground for new research on innovative approaches to improving access to justice and dispute resolution services. However, questions remain regarding how such systems may complement, supplement, or undermine existing state institutions.

During this webinar, panelists will share emerging insights from two GCCI-funded studies in Pakistan and South Africa that evaluate different approaches for increasing citizens’ willingness to engage with state channels for justice provision. They will also discuss the implications of this new research for evidence-informed decision-making. A short audience Q&A will follow the panel discussion.

Bilal Siddiqi, Panelist
Bilal Siddiqi is the director of research at the Center for Effective Global Action at the University of California, Berkeley. He will provide an overview of the literature on state versus nonstate justice provision, framing the contribution of the two studies.

James Robinson, Panelist
James Robinson is the Reverend Dr. Richard L. Pearson professor of global conflict studies and university professor at the Harris School of Public Policy at the University of Chicago and institute director of The Pearson Institute for the Study and Resolution of Global Conflicts. He will present his lab-in-field research, Trust in State and Nonstate Actors: Evidence from Dispute Resolution in Pakistan.

Anna Wilke, Panelist
Anna Wilke is a PhD candidate in political science at Columbia University and a predoctoral fellow at the University of California, Berkeley. She will share evidence from her randomized evaluation, How Does the State Replace the Community? Experimental Evidence on Crime Control from South Africa.

Peter Evans, Panelist
Peter Evans is a social development and governance specialist who leads the UK’s Foreign, Commonwealth and Development Office research commissioning team for Governance, Conflict, Inclusion, and Humanitarian Research. He will speak to how these results can be interpreted and applied in practice.

Aimee Barnes, Moderator
Aimee Barnes is a policy associate in the Crime, Violence, and Conflict sector at J-PAL.