Last updated:
Cognitive behavioral therapy (CBT) can reduce criminal behavior among both at-risk youth and criminally engaged men, likely by helping them focus more on the future, change their self-perceptions, and/or slow their decision-making. 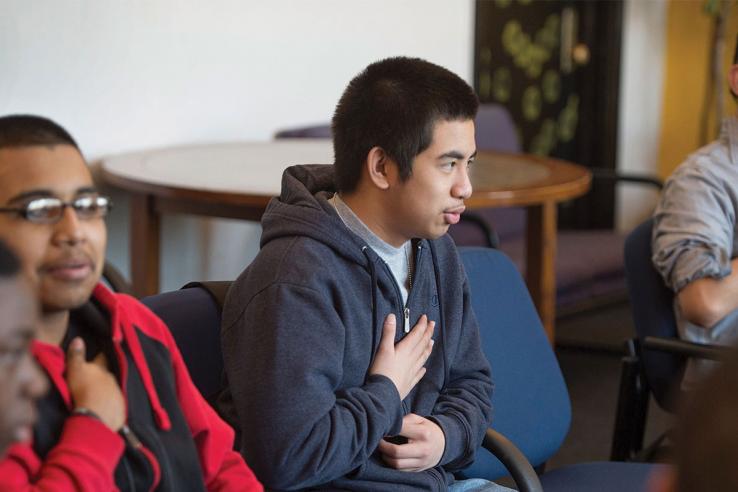 Young men participate in an activity for the Becoming a Man program in Chicago. Photo: Rob Kozloff | University of Chicago

Across developed and developing countries, violence and crime are concentrated disproportionately among poor young men, with detrimental effects on these men and their victims. For these men, the challenge of developing skills to slow down automatic reactions in high-stakes situations or plan ahead is particularly important. Cognitive behavioral therapy (CBT), which teaches people to evaluate and modify the way they think and make decisions, may help reduce self-destructive behaviors. CBT is designed to help participants improve their self-image, relate and adapt to their environment, slow down their decision-making processes, and plan ahead.

In three randomized evaluations of CBT-based programs in Liberia and the United States, therapy reduced criminal behavior and increased graduation rates when delivered in school. There is still an ongoing debate over the precise mechanisms through which CBT-inspired interventions affect change in different contexts, as well as how additional interventions (such as cash transfers) may reinforce recipients' changed behavior. While facilitators varied in their education levels and the amount of program training received, CBT may offer potential as a cost-effective approach, since all programs relied on non-expert facilitators to deliver standardized curricula.

In the United States, students in a CBT-inspired program were less likely to be arrested, more likely to graduate on time, and more likely to make considered decisions. In low-income Chicago public schools, local NGO Youth Guidance delivered weekly hour-long group sessions to at-risk male youth for one to two school years. Arrests per student decreased by 12 percent by the end of the program, and recipients were 9 percent more likely to graduate high school on time. Therapy helped students learn strategies to relate to their environment, slow down their decision-making processes, and plan ahead. For example, in a game designed to test decision-making, students in the program took about 80 percent more time than students in the comparison group to decide how to respond to a peer in a money transaction scenario [1]. 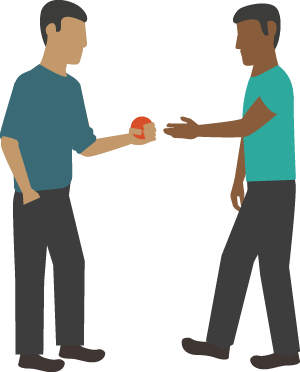 The Fist
Students are told to retrieve an object from a partner. Many try to use force. The counselor asks questions to highlight how their partners might have been willing to give them the object if they had simply asked for it.

In Liberia, young men who participated in a CBT-inspired program showed a reduction in a range of criminal and aggressive behaviors. In high-crime neighborhoods in Monrovia, Liberia, Network for Empowerment and Progressive Initiatives, a local NGO, developed an eight-week curriculum based on CBT for men who worked in low-skill or illicit jobs, many of whom were former members of an armed group. Participants met three times per week for half-day sessions; some also received a US$200 unconditional cash transfer. Those who received therapy demonstrated greater patience and forward-looking behavior, with larger, more persistent effects among men who received both therapy and the cash transfer. In the weeks following the end of treatment, crime rates among participants who had received therapy fell by up to nearly half relative to the comparison group. After one year, these effects persisted only among those who had also received the cash transfer [2]. 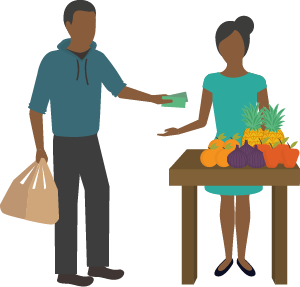 Exposure to “Mainstream” Behaviors
Men practice shopping for goods in a supermarket, using a bank, attending a phone company sales training, and other activities, and process successes and failures as a group.