Last updated:
In classrooms around the world, many students are not learning at grade level and struggle to catch up. Dedicating a portion of instruction time to tailoring instruction to the learning levels of students is one of the most effective and cost-effective ways of improving learning. Tailored instruction can be delivered effectively through multiple channels: during or after school and by tutors, volunteers, government teachers, or through education technology. 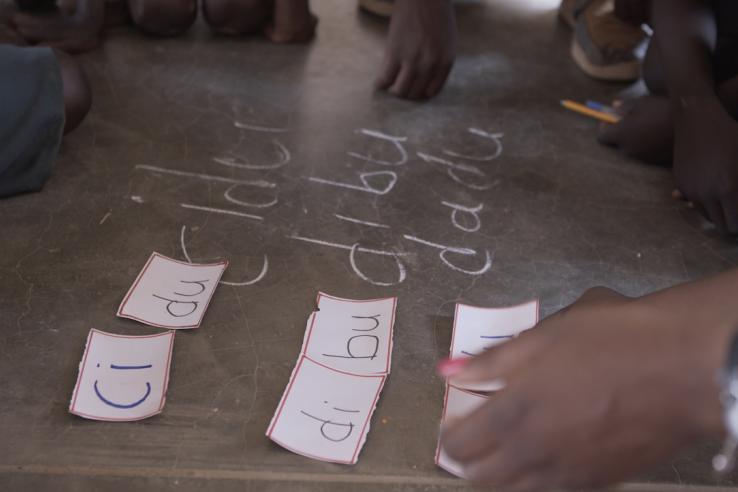 Many children are struggling to master basic skills in reading and math despite a dramatic rise in the number of children enrolled in school around the world. The 2016 Annual Status of Education Report (ASER) found that only about half of all grade 5 students in rural India could read a grade 2 text [1]. Assessments showed similar results in other developing countries from Malawi to Nicaragua to Zambia [2]. Children are not only falling behind the curriculum but there is also large variation in learning levels within grades. In 2015, an evaluation in Delhi found that students’ learning levels spanned five to six grades within each grade from grade 6 to grade 9 [3]. Teachers are often pressured by schools and parents to complete the grade-level curriculum and do not have enough flexibility to help students as they fall behind [2].

Policymakers should consider implementing programs that use a portion of instruction time to teach to students’ actual learning levels, rather than based on their age or grade in contexts where students are struggling to master basic skills, there is large variation in learning levels within grades and teachers are incentivized to teach to the top of the class. Over 2,500 students in the United States and over 50 million students in several African countries and India are being reached by such programs.

“Teaching at the Right Level” programs, which target instruction to students’ learning levels, improve fundamental reading and math skills. Six randomized evaluations in seven Indian states showed that Pratham’s Teaching at the Right Level (TaRL) approach raised test scores by between 0.07 and 0.70 standard deviations [4][5]. While all students experienced gains in learning, the lowest-performing students learned the most. TaRL programs assess children in grades three to five using a simple tool and regroup them according to learning level rather than by age or grade. For a portion of the day, trained instructors target teaching to the learning level of each group using level-appropriate learning activities and materials. Throughout the program, instructors continually assess their students’ progress in reading and math and regroup the children accordingly. Researchers tested similar programs in Chile, other states in India, and the United States, and found that they consistently had positive impacts on student learning. Pratham and J-PAL are working together to contextualize and scale TaRL programs in several African countries and India.

A range of tailored instruction implementation models have proved effective in different contexts. In Chile, college student volunteers led small groups of grade 4 students through age-appropriate reading activities for ninety minutes per day for 15 weeks and raised language scores in the lowest-performing schools by 0.15 standard deviations [6]. In India, children in grades 2–4 who received two hours of after-school remedial instruction for two academic years had gains in math and language test scores of 0.75 standard deviations [7]. A yearlong tutoring program in the United States that paired two male students with a tutor who targeted instruction based on the students’ learning needs for an hour each day raised math scores for grade 9 and 10 students [8].

Two scalable delivery models for the TaRL approach have had positive and cost-effective impacts on learning in India. In one model, government teachers led TaRL instruction throughout the school year during a dedicated hour and received ongoing mentoring and monitoring from government staff. Hindi test scores increased by 0.15 standard deviations for students who received the TaRL program [4]. In a second model, when trained Pratham volunteers implemented learning camps in short bursts during the school day for a total of 40 to 60 days, the number of children who could read a paragraph or story doubled. Twenty-four percent of students could read in the comparison group while 49 percent of students could read in the learning camp groups [5].

It is important to consider when, where, and by whom instruction is delivered. Evaluations of the TaRL approach implemented outside the regular school day showed that both community members and government teachers effectively implemented TaRL in urban and rural areas [9][10][5]. A program in urban areas led by community members increased test scores by 0.28 standard deviations in the second year and cost US$3.26 per additional 0.10 standard deviation [9]. In rural areas, children attending volunteer-led reading camps who could read only letters at baseline were 3.5 percent more likely to read at least paragraphs or words and 3.3 percent more likely to read stories [10]. Month-long summer camps led by government teachers increased math and language scores by 0.07 and 0.09 standard deviations, respectively [4].

However, one evaluation of the TaRL approach implemented during the school day, where government teachers continued to teach the regular curriculum rather than use the TaRL approach, found no impact on test scores. Volunteers worked in school (rather than after school) and became absorbed as regular teachers who did not use the TaRL approach [5]. In contrast, in a subsequent iteration when teachers were allotted a dedicated hour during the school day to implement TaRL and provided ongoing mentoring and monitoring, students scored 0.15 standard deviations higher on a Hindi test than students who did not receive the TaRL program [4]. Together these studies highlight the importance of providing instructors with dedicated time to overcome pressure to teach the regular curriculum and instead, regroup and teach students by learning level.

In contexts where students are struggling to master basic skills, there is large variation in learning levels within grades, and teachers are incentivized to teach to the top of the class, policymakers should consider implementing programs that use a portion of instruction time to teach to students’ current learning levels rather than based on their age or grade. Two such programs are being scaled up in different contexts, reaching over 2,500 students in the United States, and over 50 million students in several African countries and India.