Over the past decade, many developing countries have expanded primary school access, but improvements in school access and enrollment may not always translate into improved learning outcomes for all students if the quality of education is poor. Researchers evaluated the impact of the Balsakhi Program, a remedial tutoring education intervention implemented in schools in Vadodara and Mumbai, India, on student learning. The program significantly improved student test scores in both locations.

Over the past decade many developing countries have expanded primary school access, energized by initiatives such as the United Nations Millennium Development Goals, which call for achieving universal primary education by 2015. However, improvements in school access and enrollment may not always translate into improved learning outcomes for all students if the quality of education is poor. Current research has identified several cost-effective ways to increase student attendance, but much less is known about how to improve education quality and student learning in a cost-effective way. Many schools rely on rote learning and memorization, but can lessons which are more tailored to children' s learning level improve achievement? How important is a pedagogical approach which adapts to the level of the child?

A 2005 survey found that 44 percent of Indian children age 7 to 12 could not read a basic paragraph and 50 percent could not do simple subtraction even though most were enrolled in school. Even in urban India, the learning levels are very low in Vadodara, a major city in the Indian State of Gujarat, only 19.5 percent of the students enrolled in grade 3 could correctly answer questions testing grade 1 math competencies. Ironically, the difficulty in improving the quality of education may be complicated by success in getting more children to attend school, as in many cases neither the pedagogy nor the curriculum has been adapted to take into account the quantity and characteristics of the influx of new children. 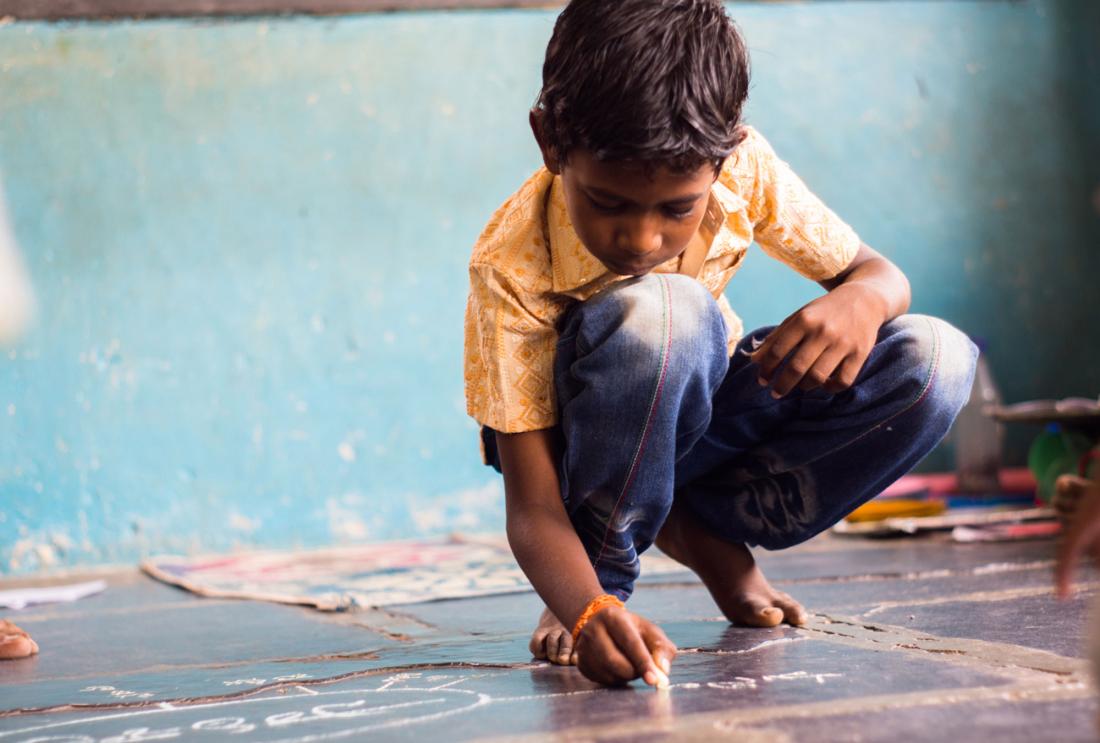 In conjunction with education-oriented NGO, Pratham, researchers evaluated the Balsakhi Program, a remedial education intervention implemented in 122 public primary schools in Vadodara and 77 schools in Mumbai. A tutor (balsakhi), usually a young woman recruited from the local community and paid a fraction of the cost of civil-service teachers (US$10-15 per month), worked with children in grades 2, 3 and 4 who were identified as falling behind their peers. The instructor typically met with a group of approximately 15-20 of these children who were taken out of the regular classroom into a separate class for two hours of the four-hour school day each day. Instruction focused on the core competencies the children should have learned in the first and second grades, primarily basic numeracy and literacy skills. The instructors were provided with two weeks of initial training and a standardized curriculum that was developed by Pratham.

Impact on Education: The program had substantial positive impacts on children' s academic achievement. In both Vadodara and Mumbai, the Balsakhi program significantly improved overall test scores; by 0.14 standard deviations in the first year and 0.28 standard deviations in the second year, with the largest gains in math. Moreover, the weakest students, who were the primary target of the program, gained the most. Researchers estimate that the entire effect of the program was due to a very large (0.6 standard deviations) improvement in average test scores among the children who were sent for remedial education. In contrast, there was no measurable impact for their classroom peers, who did not receive remedial tutoring, but were "treated" with smaller class sizes and a more homogenous classroom.

Balsakhi Turnover: There was rapid turnover among the Balsakhi tutors, with each tutor staying on average for just one year, typically until they got married or got another job. Despite the high turnover among tutors, the program still resulted in significant gains in student learning, which suggests that the success of the program did not depend on a handful of very determined and enthusiastic individuals.

Cost-Effectiveness: The Balsakhi program was very inexpensive, since the main cost of the program was the tutors' relatively small salaries. Overall, the Balsakhi program cost approximately US$2.25 per child per year, significantly less than the cost per child of a Computer Assisted Learning program, evaluated by Pratham at the same time. In terms of cost per improvement in test scores, researchers estimate an attractive cost-effectiveness of about US$0.67 per standard deviation increase in test scores.1 The Balsakhi program has since been adapted, re-evaluated, and scaled up across India.

12 result(s)
Glimpses of Pratham's 20-year partnership with Abhijit Banerjee and Esther Duflo
EI Dialogues with Dr. Rukmini Banerji, Pratham
Pratham and other organizations selected for $80 million Africa project grant
How do you scale spirit?
Fixing educational policy's failure
Government of Andhra Pradesh to scale up ‘Teaching at the Right Level’ with Pratham and J-PAL South Asia at IFMR
There are no silver bullets: the way we can achieve 169 targets
Are Our Children Learning?
Antidotes to Poverty
Giving Schoolchildren a Chance
'Simple' Projects Help the Poor
Something Isn't Working...