Efficiency and Rent Seeking in Local Government in India

Although decentralized local governments may be more effective at providing customized services than a central government, there may be a higher chance of powerful local elites capturing public resources. Following the implementation of a policy mandating lower-caste representation in some local village councils in India, researchers evaluated how lower-caste presidents invested in and distributed goods. They found that disadvantaged lower-caste groups received more public goods in councils with an elected leader from their own group.

Government decision makers and NGOs in developing countries often struggle to implement effective national policies that meet the needs of the country' s varied population. Decentralized local governments may be better at eliciting people' s preferences and providing customized services than a central government, but public resources may have a higher chance of being captured by local elites and politically powerful groups, making it more difficult for disadvantaged groups to get a share of public goods. To correct this imbalance, many advocate increasing the bargaining power of disadvantaged groups by mandating their political representation at the local level, but do these reservation policies actually increase the share of public goods that are allocated to marginalized areas?

India is one such country that adopted a reservation policy, mandating the representation of lower-castes in elected seats of local village councils. In 1993 an amendment to the constitution of India ordered that a percentage proportional to the population of all positions of president in local councils be reserved for members of Scheduled Castes and Scheduled Tribes, otherwise known as untouchables. These village councils control the allocation of funds for local infrastructure projects, such as construction and maintenance of drinking water and irrigation systems, road construction, and repair of schools and other public buildings.

A set of rules was established to randomly select villages where the position of the village president would be reserved for members of lower castes. In the Birbhum district of West Bengal, 35 percent of the population is of a lower caste, so 34 percent of village councils were reserved for a lower-caste president. The reservation policy had a significant impact here, as only 7.5 percent of councils that did not have reservations elected a lower-caste president. 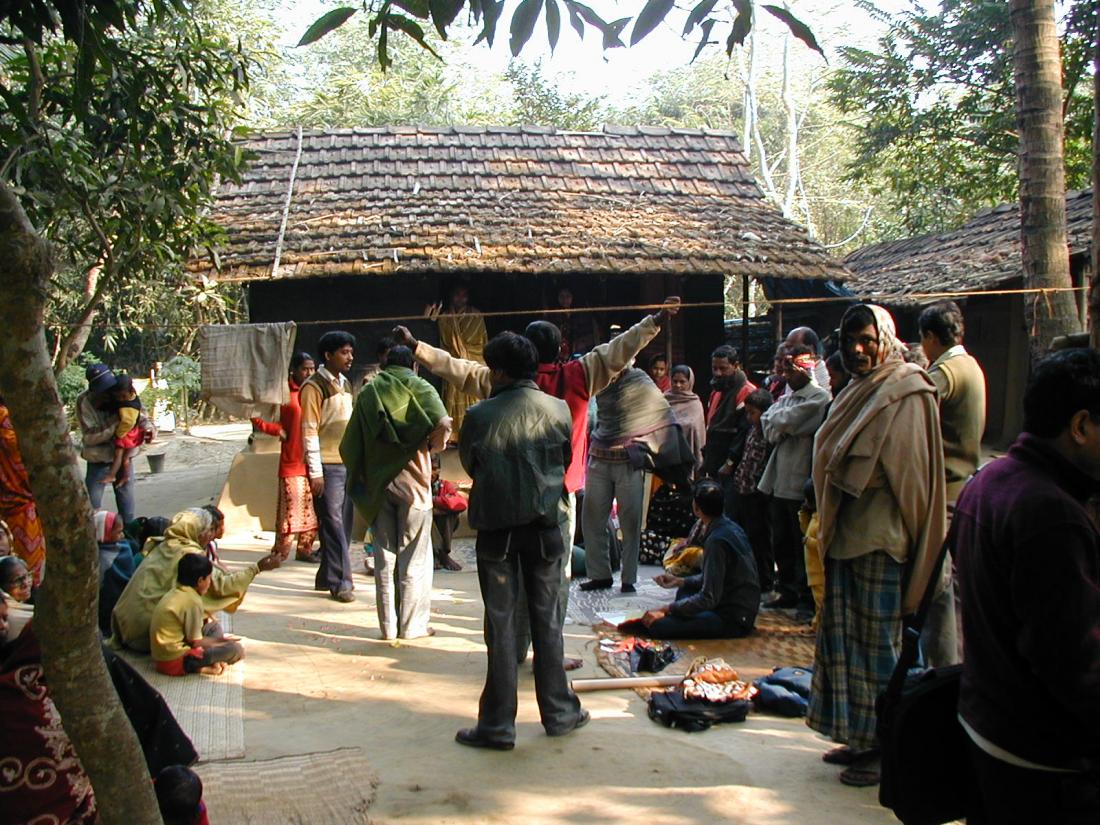 Thanks to the randomization built into the policy, researchers were able to develop an experiment determining whether lower-caste presidents invested in different goods or placed these goods in areas populated by lower-caste individuals. In 2000, researchers conducted a survey of all almost all village councils in Birbhum, totaling 161 councils. First an interview was conducted with the president, asking question about their background and previous experience, as well as activities since the most recent election in 1998.

The researchers then surveyed three villages in the council' s domain: two randomly selected as well as the village where the president lived. During the interview researchers drew a resource map with ten to twenty villagers that featured the entire existing infrastructure in the village, and asked whether each of the available equipment items had been built or repaired since the most recent election, noting the location of each investment. This data was compared against information about the location of public goods in these villages prior to the 1998 election when the policy was first introduced.

Impact on Public Goods: Village heads from the Scheduled Castes built on average 10 percent more infrastructure projects in lower-caste areas relative to the amount built in lower-caste areas of communities which did not have a reserved village head. The exception was informal education centers, where allocation did not change. Thus, mandated representation of lower-castes increased the share of public goods they received.

Councils without reserved seats invested different amounts in different goods, but this distribution was approximately the same before and after the constitutional amendment was passed. The provision of irrigation and education services was lower in lower-caste areas relative to higher-caste ones, drinking water and informal education centers were provided equally among groups, and lower-caste communities saw a larger allocation of sanitation services.

Impact on Public Good Allocation in President' s Village: If a village council was unreserved, there was a 40 percent greater chance that the current head came from the same village as his predecessor. This effect was reversed for reserved villages, where the current head was 30 percent less likely to come from the same village as his predecessor relative to unreserved villages. In all councils, the head' s village was no more likely to receive public goods.