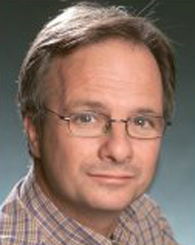 Costas Meghir is a professor of Economics at Yale University. His interests include labor economics, household behavior, retirement and pensions, income distribution, consumption, demand analysis and development economics. Since 2004, he has been co-director of the Economic and Social Research Council (ESRC) Research Centre at the Institute for Fiscal Studies, and he has been an ESRC Professorial Fellow 2008-2011.

Much of my effort has focused on designing, implementing, and evaluating early childhood interventions in poor environments, surrounded by opportunity, such as Colombia and India.

What got you interested in development economics?
Understanding how to break the intergenerational cycle of poverty is a key unifying concern for my work in recent years. Much of my effort has focused on designing, implementing, and evaluating early childhood interventions in poor environments, surrounded by opportunity, such as Colombia and India. Such interventions have been shown to carry huge promise for helping people escape abject poverty with implications both for their own standard of living and for the growth of human capital. The challenge is implementing such interventions in a scalable and cost-effective fashion and understanding more deeply the mechanisms and economic conditions under which they can become transformative for people’s life outcomes.

What is one current research project that you're particularly excited about?
We are setting up a stimulation and nutrition intervention in Odisha, India, and we are evaluating it with a large-scale randomized control trial involving over 200 communities. This has proved particularly challenging in terms of designing the intervention, adapting it to the local context and coordinating across three local partners. However this promises to be one of the largest early childhood development interventions in a poor rural environment. It will be implemented by local women from these communities who will be trained using a network of local mentors. We are testing new interventions and we have an ambitious data collection and measurement system in place. If successful, this promises to form a blueprint for early intervention which will be scalable and easy to implement.

What is your "dream evaluation"? (It doesn't have to be feasible!)
A program that considers various combinations of infant and pre-school interventions with different start dates, aimed at identifying the best time to intervene and whether we can keep building on past success. Early childhood interventions are not meant to exist in isolation, but as part of a broader policy of delivering high quality education. How exactly this should be structured and what is the pathway to success is still an open question. Experimentation with various schemes, starting at different ages, and long-term follow-up of children seems to be the key to answering such questions.

What is your craziest story from the field?
When we discovered that a school grant was used for commercial development of an Internet café by the school principal. We were asking the young children in a packed classroom whether they wanted to use computers and they all cried out that “yes they would love to but they cannot afford the school computers”! On further questioning we discovered that there was an entry fee to the school computer room (that was set up with the grant), which was also available for residents in the community. We did not interfere though since this would compromise the experiment!

News
Economist Costas Meghir on seeking scalable solutions to entrenched poverty
Moving beyond microcredit
Microcredit doesn't live up to promise of transforming lives of the poor, 6 studies show
Evaluations
Sequencing Two Early Childhood Interventions Back-to-back in India
The Impact of Decentralizing Education Spending on Student Learning in Senegal
Psychosocial Stimulation for Early Child Development in Odisha, India
The Impacts of Microcredit: Evidence from Bosnia and Herzegovina
The Impact of Cognitive Stimulation and Nutritional Supplements on Early Childhood Development in Colombia
The Impact of Financial Incentives on School Participation in Mexico
Vocational Training for Disadvantaged Youth in Colombia
Publications
Effects of an Early Stimulation Curriculum and a Nutritional Intervention in a National Public Parenting Program in Colombia on Child Development and Growth: A Cluster‐Randomized Controlled Trial.
Long Term Impacts of Vouchers for Vocational Training: Experimental Evidence for Colombia
School Grants and Education Quality: Experimental Evidence from Senegal
Estimating the Production Function for Human Capital: Results from a Randomized Control Trial in Colombia
The Impacts of Microcredit: Evidence from Bosnia and Herzegovina
Using the Infrastructure of a Conditional Cash Transfer Program to Deliver a Scalable Integrated Early Childhood Development Program in Colombia: cluster randomized controlled trial
Microfinance, Poverty, and Education
Getting Ready for Work
Education Choices in Mexico: Using a Structural Model and a Randomized Experiment to Evaluate Progresa
Training Disadvantaged Youth in Latin America: Evidence From a Randomized Trial