Youth with low skill levels are less likely to be working and are particularly vulnerable to poverty. Training programs are a potential solution to this problem for individuals who are not in the formal schooling system. Researchers evaluated the effect of a vocational training program on participants’ earnings, formal sector employment, and educational outcomes, as well as the labor market and educational outcomes of their relatives. Being offered the program increased both earnings and formal sector employment, especially for women. A separate follow-up study found that relatives of women offered the program, had improved labor market outcomes up to 8 years later and higher educational attainment up to 11 years later.

Youth with low skill levels are less likely to be working and are particularly vulnerable to poverty. Globally, 13.1 percent of youth were unemployed in 2017, amounting to 71 million youth.1 Training programs are a potential solution to help youth who are not in the formal schooling system to acquire skills that improve their potential employment outcomes. However, while many training programs have been implemented, few have been evaluated. Of those programs that have been evaluated, some have not successfully improved labor market outcomes for youth in developing countries.2

Following a major recession in the late 1990s, the Government of Colombia implemented a set of social programs that included Jóvenes en Acción (Youth in Action, or JeA), a free vocational training program targeted to youth aged 18 to 25 years old. Youth who were unemployed and part of the bottom fifth of the income distribution were eligible. The government partnered with private training institutions to implement the training program in the seven largest cities of the country, reaching 80,000 young people between 2002 and 2005. Researchers evaluated the effect of this program on participants’ earnings, employment, and educational outcomes, as well as on the labor market and educational outcomes of their siblings. 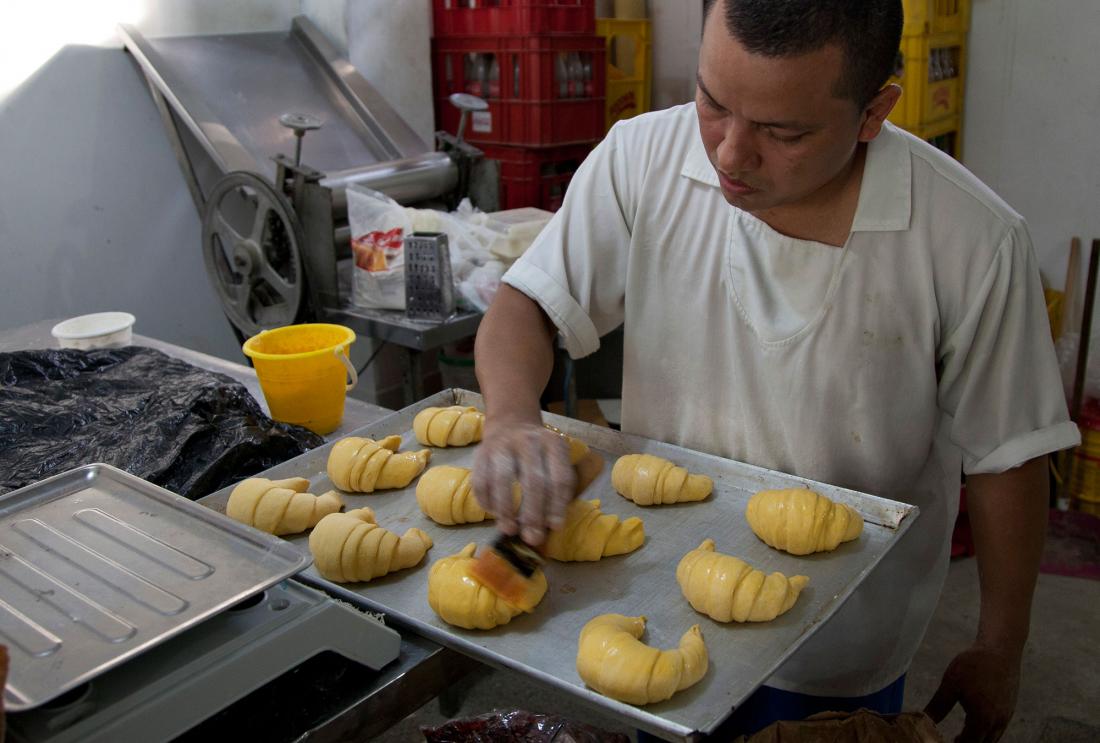 Man working in a bakery near Barranquilla, Colombia.
Photo: J-PAL

Jóvenes en Acción is a vocational training program that aims to develop youths’ job skills; to encourage private institutions to provide training programs; and to improve the matches between workers and firms. While the government funded the program, private training centers implemented the courses. Each course had two main components: classroom training and on-the-job training. The classroom training lasted three months and focused on the development of basic abilities for becoming employed (including soft skills such as punctuality, reliability, communication, teamwork, and problem-solving skills) and on the development of occupation-specific skills. Participants then did a three-month on-the-job training with an employer. The training centers incorporated a motivational enrichment program called the Project of Life throughout the JeA program, with the goal of improving their self-esteem, their understanding of the workplace, and their own abilities. Trainees received a small stipend of about US$2.20 at the time of the evaluation per day to cover transportation and other miscellaneous expenses; this amount increased to about US$3 for women with children under seven years of age.

A key feature of this program was that the payment structure incentivized training centers to help their trainees complete the program and secure jobs after the program. Training centers received a large fraction of their total payment per student conditional on the student successfully completing the course, obtaining an apprenticeship, and completing it. They received an additional bonus if the firm hired the trainee on a formal contract. Training centers selected who would receive their training amongst eligible candidates, allowing them to pick trainees who they thought would be the most likely to succeed.

To evaluate the impact of the program on employment outcomes, researchers partnered with the training centers, who selected up to 50 percent more applicants than the places available for the courses for the 2005 cohort. 2,066 youth were randomly assigned to the program, while 2,287 were assigned to the comparison group. Researchers used survey data collected in January of 2005 and follow-up data in August and September of 2006 to evaluate the program’s effect.

Researchers then linked program participation to the government’s administrative data to measure the impact of the program on educational outcomes up to 11 years later and labor market outcomes up to 8 years later for a larger sample of 31,054 applicants. Because this administrative data only contained information on individuals working in the formal sector, the follow-up analysis did not provide insight on informal employment outcomes.

In addition to assessing the effects of JeA on program participants, researchers in a separate paper also measured the impact of the program on participants’ relatives’ educational and labor market outcomes.

Researchers initially evaluated the effect of the training program on participants’ earnings, employment, and educational outcomes. Two separate follow-up studies measured the longer-term labor market outcomes of the subjects,3 and the labor market and educational outcomes of their relatives,4 respectively. Those offered the program had increased earnings, and formal sector employment, including in the longer run.

Job quality: Larger firms were considered a proxy for better jobs. Up to 8 years later, 20.1 percent of those offered the program worked in a large formal sector firm, compared with 17.4 percent of those not offered the training program, representing a 15.5 percent increase.

Female beneficiaries were more likely than male beneficiaries to face credit constraints, and being offered JeA likely helped to relax these constraints. Researchers suggest that this allowed women who were offered the program to further pursue higher education. However, there were no such links for men. Rather, researchers present evidence that men may have learned about specific skills or the value of these skills through the program, leading them to pursue higher education.

After the evaluation, JeA was continued and scaled up, although for a different population of internally displaced workers.