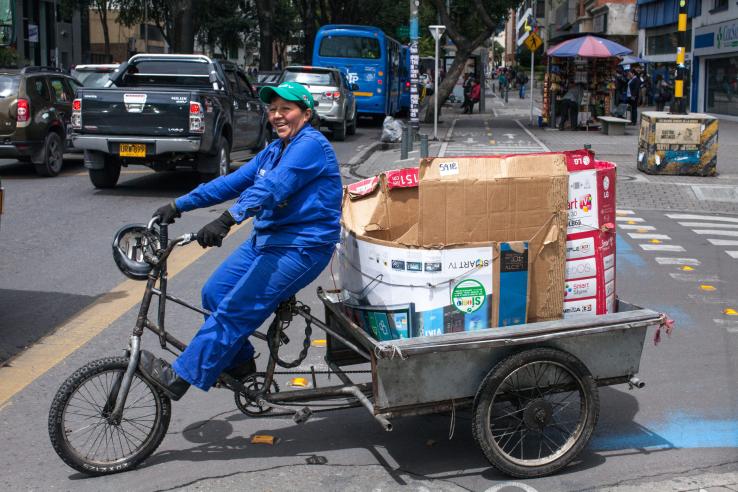 As the world enters its third year with Covid-19, gender inequalities that existed before the pandemic continue to impact women around the world. Globally, the pandemic led to a 4.2 percent drop in women’s employment, which represents over 54 million jobs lost. This has only exacerbated the gender gap in the labor force, especially for women working in the informal economy or in female-dominated sectors. Understanding the forces that have driven this and what can be done is critical to mitigating Covid-19-related consequences for women’s work.

Since its creation in 2020, the Gender and Economic Agency (GEA) Initiative has been seeking to address gender inequalities related to women's labor force participation through research and evidence sharing in East Africa and South Asia. With generous support from the Target Foundation, in GEA's third and most recent funding competition we were able to fund additional projects in South Asia and expand the initiative's geographic reach into Latin America and the Caribbean (LAC). By expanding GEA’s geographic scope, J-PAL is increasing the generation of evidence on gender equity enhancing programs throughout the world.

In Latin America, a region with one of the widest employment gaps in the world, women’s labor force participation was historically low prior to the pandemic. Although the gap had been slowly narrowing in recent decades, pandemic conditions set back gender equality at work and created new challenges to women’s advancement. Many barriers prevent women from entering the workforce in this region including gender norms, domestic duties, and low education levels.

South Asia, one of the fastest growing regions in the world, faces similar issues. As of 2020, only 24 percent of women were employed or actively seeking employment, compared to 71 percent of men. According to the 2022 edition of the World Economic Forum Global Gender Gap Report, it will take 197 years to close the global gender gap.

Increasing our understanding through rigorous evidence of programs and policies to address this challenge in different contexts is vital to increasing women’s economic agency.  The lack of evidence on the effectiveness of programs hinders policymakers’ ability to bring about solutions. GEA seeks to help fill this gap by funding innovative research on strategies to promote women’s work and enhance women’s economic agency.

Given that Mexico, Colombia, and Central America were new regions for GEA, the initiative and J-PAL LAC teams worked together to map local programs and policymakers, identify researchers interested in the region, and most importantly, share relevant evidence for addressing gender economic agency challenges. The GEA and J-PAL LAC teams organized multiple outreach and evidence-sharing activities, including a virtual launch of the Spanish-language translation of A Practical Guide for Measuring Women’s and Girls’ Empowerment, which provides insights from the experiences of J-PAL affiliated researchers and offers practical tips for how to measure women's and girls’ empowerment. Through these efforts, the GEA team spread the word about the availability of GEA’s research funds and helped bring together researchers and policymakers interested in contributing to evidence-informed policymaking.

At the same time, GEA has continued to fund studies in other regions of the world. During the initiative’s third funding competition, GEA awarded funds to five studies based in Bangladesh, India, Pakistan, Colombia, and Mexico. Below, we highlight the studies in South Asia and Latin America that were awarded funding.

Youth unemployment is also a major concern in low- and middle-income countries around the world, especially for girls’ economic participation, which can be hindered by social and cultural barriers. In a new GEA-funded evaluation in Bangladesh, researchers leading the Youth Employment and Gender: Evaluating the Skills to Succeed Program in Bangladesh evaluation are investigating the gendered effects of job skills training on at-risk youth. Programs, like the one in this study, that seek to increase the skills level of women and girls are vital for empowering women and creating more inclusive economic growth.

Having a better grasp of what prevents women from participating in the labor market is vital for increasing women’s employment. In the evaluation, Gender Norms, Couples' Labor Supply Decisions, and Flexibility in Working Conditions in Colombia, researchers are seeking to understand how personal factors, such as family and social norms, and external factors, such as the flexibility of work contracts, differently impact women’s likelihood of seeking employment.

Moreover, lack of opportunities for women’s advancement can dampen women’s career aspirations and negatively affect the well-being and productivity of the workforce overall. In Colombia, half of working women are employed in the service industry, but the majority occupy low-wage frontline positions rather than managerial positions. Researchers leading the randomized evaluation, Overcoming the Gender Bias in Training: An Empirical Approach in the Latin American Quick-Service Restaurant Industry (Colombia), are seeking to understand how managerial training programs that don’t emphasize male-centric approaches impact firm-level outcomes, such as sales and productivity. A better understanding of how to remove barriers that prevent women from being promoted in the workplace could have large effects on women’s economic empowerment and the economy as a whole.

Lastly, in a similar setting, previous research found that women who participated in skills training with an imagery-based curriculum had better psychological and economic outcomes compared to those who participated in a more traditional program. The researchers leading the evaluation, Learning to See a World of Opportunities: Unpacking Gender Effect (Colombia), are aiming to better understand why women learn better from the imagery-based curriculum. Gaining a deeper insight could inform the design and help increase the effectiveness of future business skill training programs aimed at women.

Another area of focus for generating policy-relevant evidence on women’s economic empowerment is Southeast Asia. Like in Latin America, women in Southeast Asia tend to have higher labor force participation rates. According to the World Bank, in 2021 59 percent of women in the region were employed or seeking employment compared to 75 percent of men. Although more women enter the labor market than in other regions globally, gender imbalances that affect their economic opportunities still exist. Additionally, women in Southeast Asia are more likely to do unpaid care work or hold jobs that make them more economically vulnerable. For example, women in Cambodia and Laos do four times more unpaid work in the household than men. Therefore, it is imperative that policymakers and researchers gain a better understanding of ways to better economically empower women in this region.

As part of these efforts, GEA is accepting off-cycle funding requests from projects based in SEA. The GEA team plans to conduct targeted outreach to researchers from SEA, with the aim to award these funds by Fall 2022. By targeting funding to evaluations based in Southeast Asia, GEA is continuing to advance its goal of better understanding gender inequalities faced by women in the region and supporting the development of more effective policies and programs. 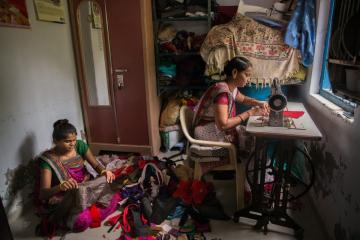 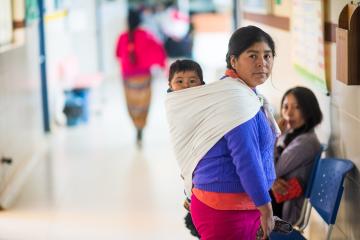 The effect of cash transfers on women's well-being: Lessons from evidence in Latin America