Health education campaigns are often seen as a way to promote healthy behaviors and encourage the adoption of inexpensive life-saving and life-improving technologies. Researchers evaluated three health education campaigns for parents that aimed to reduce iron-deficiency anemia among primary school students in rural China. None of the campaigns had an effect on hemoglobin levels or anemia. In contrast, providing students daily multivitamin supplements increased blood hemoglobin levels, although it did not improve them enough to reduce anemia rates.

Childhood anemia can impair physical and cognitive development, and as a result, reduce children’s earning potential as adults. In many developing countries, the prevalence of iron-deficiency anemia is very high, even though simple, low-cost measures like iron-rich and iron-fortified foods or iron supplements are available to prevent and treat it. One potential explanation is that parents lack knowledge about anemia and how to treat it, and they find it difficult to detect anemia due to the lack of specificity of its symptoms. Health education campaigns may help address this lack of knowledge, and these campaigns are a popular tool among policymakers to encourage healthy behaviors. Providing children multivitamin supplements in school is another potential solution. However, there is little evidence on the relative effectiveness of these different approaches. In the context of childhood iron-deficiency anemia, is information alone sufficient for changing health behaviors and anemia status?

Many children in rural China lack iron-rich foods, vitamins, and other micronutrients in their diet. As a result, prevalence rates of anemia among children in rural areas are very high. In 2005-2007, anemia rates ranged from 20–60 percent. This translates into more than ten million anemic children.

The three evaluations summarized here targeted primary schools in rural, impoverished counties in northwest China where childhood anemia rates were high. In these counties, anemia was almost entirely due to iron deficiency as opposed to other factors like hookworm infection. In baseline surveys, average anemia rates among the target population of grade four students (aged 8-11 years), using the WHO-recommended hemoglobin threshold for anemia for that age group, was 22.3 percent in the first study, 13.9 percent in the second, and 6.5 percent in the third. 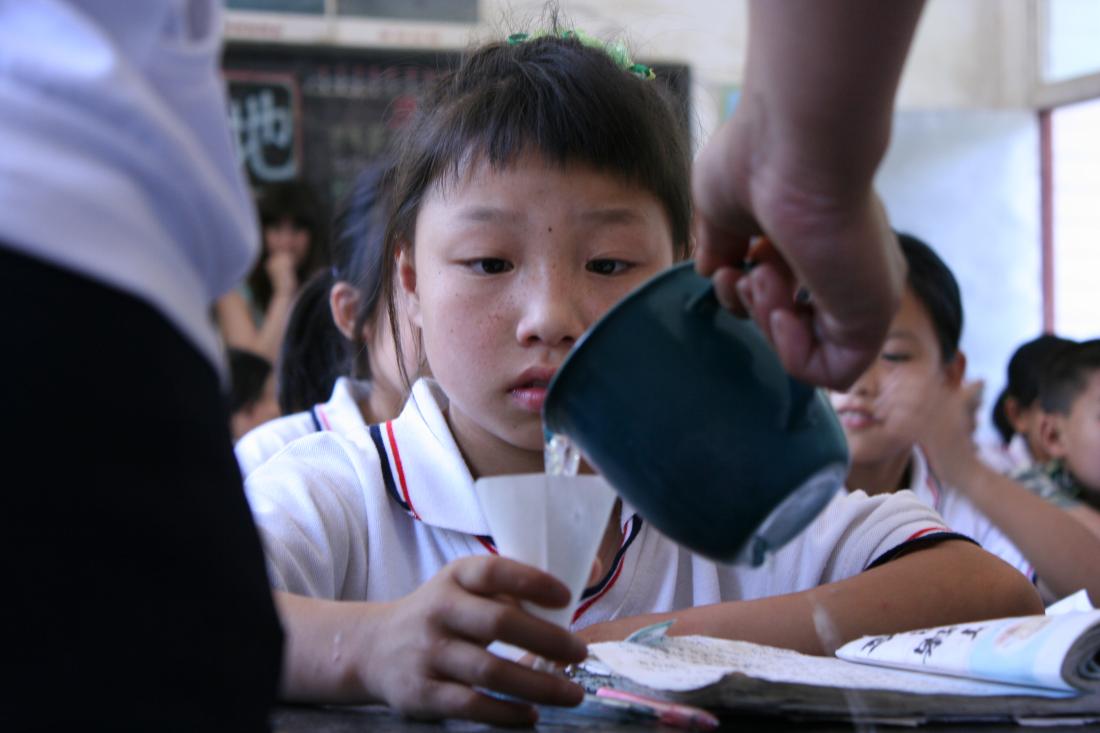 Researchers conducted three separate randomized evaluations, designed in partnership with the Chinese government, to study the effectiveness of three distinct health education campaigns in reducing anemia among primary school children in Shaanxi and Ningxia provinces in rural northwest China. In each evaluation, researchers randomly assigned schools to a distinct information campaign, the government-promoted approach of giving daily multivitamin supplements in school (except in Evaluation 3), or a comparison group that received neither information nor supplements. In all three studies, trained nurses measured hemoglobin concentration levels by collecting blood samples from grade four students both at the beginning of the school year (before random assignment) and at the end of the school year.

Evaluation 1 (October 2008—June 2009)
Researchers randomly assigned 66 schools in Shaanxi province to receive an information campaign, to receive daily iron supplements, or to serve as part of the comparison group. For the schools assigned to the information campaign, the school sent a letter to parents of all grade four students with information on anemia, their child’s anemia status, and ways to address anemia like including more iron-rich foods in their child’s diet or giving their child an iron supplement. For schools in the supplement group, teachers were instructed to give each student a daily multivitamin supplement containing iron.

Evaluation 2 (November2009—June 2010)
Researchers randomly assigned 60 schools in Shaanxi province to receive a slightly more intensive information campaign, to receive daily iron supplements, or to serve as part of the comparison group. For schools assigned to the information campaign, the school invited parents of fourth grade students to an information session in which a trained health professional shared information on anemia, its cognitive and physiological consequences, and strategies to address it. The recommended strategies were the same as in Evaluation 1. The health professional also distributed printed material on anemia: pamphlets to parents and posters to teachers. The supplement group was the same as in Evaluation 1 above.

Impact of Information Only: Across the three studies, neither hemoglobin levels nor anemia rates improved among children randomly assigned to one of the health education campaigns. This suggests that providing information to parents alone may not be enough to reduce childhood anemia.