Changing Politicians’ Responsiveness through the Provision of Voter Information in Pakistan

Uninformed elected leaders or voters can negatively affect political accountability, such as decision-making on what and how public services are delivered to citizens. The researcher partnered with the Pakistan Muslim League-Nawaz party in Lahore to evaluate the demand and responsiveness of local politicians to information about their citizens’ preferences. He found that politicians were insufficiently informed about citizen preferences but valued and were responsive to such information when it was provided directly to them; in fact, they were particularly responsive to women’s preferences.

Uninformed elected leaders or voters can negatively affect political accountability, such as decision-making on what type and how services are delivered to citizens. Information flows between politicians and voters are critical to ensure that public services respond to citizens’ needs. Previous research has focused on identifying whether voters have enough information on politicians’ actions to be able to appropriately sanction or reward them. However, less is known about the flow of information from voters to politicians; specifically, how well politicians are informed about their citizens and whether they would value and act upon new information to be more accountable and responsive to their constituents’ needs. Can more and more specific information increase politicians’ accountability to their constituents?

Local politicians are embedded in their communities and have lived an average of 41 out of 47 years in their neighborhood. Most politicians engage directly with their citizens on a regular basis: about 10 percent of citizens report contacting their local politician in the previous year. Women are less likely to contact their politicians than men, and also less likely to vote or be engaged politically. Given the high degree of politician-voter contact, it would be expected that local politicians have good information on what citizens prefer and reflect these preferences in the provision of public goods. This can be achieved at the local level by directly influencing the provision of public goods or at the national level by sharing policy recommendations with higher-level politicians, such as parliamentarians.

Despite being in contact with citizens, these politicians, whether directly or indirectly elected, were found to not have good knowledge of what citizens. They were able to correctly guess their citizens’ preferred choice between two policies only 59 percent of the time. They appeared to be as inaccurate in guessing the beliefs of men compared to women and in guessing those of their own party supporters compared to the general population. 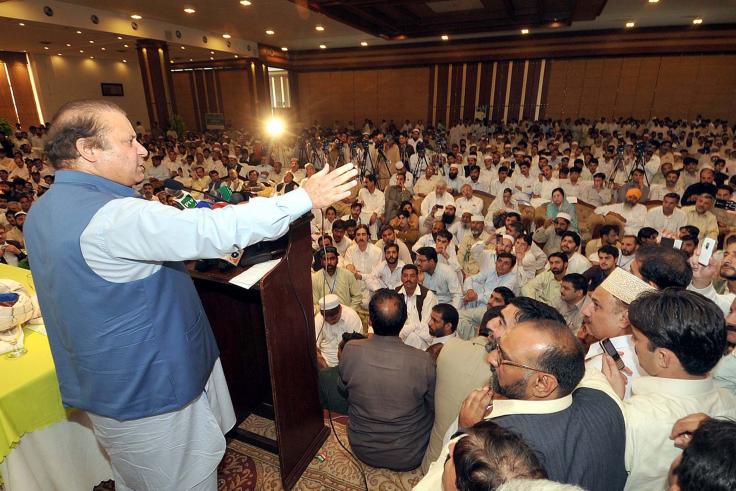 Researchers partnered with the Pakistan Muslim League-Nawaz (PML-N), the second largest national political party, to conduct a randomized evaluation assessing the demand and responsiveness of local politicians to information about their citizens’ preferences. The researcher randomly assigned two-thirds of the 653 participating PML-N politicians to six groups that were then provided information on the preferences of different sub-groups of citizens. These citizen sub-groups were created based on gender or party affiliation to identify whether information on specific types of citizens affected politicians’ responsiveness differently. The remaining one-third of the elected representatives formed the comparison group and did not receive any new information.

During an in-person visit by a member of the research team, each politician was randomly presented with a three-page report outlining their assigned citizen subgroups’ stance on six out of nine political issues. The report specified the proportion of citizens who preferred one option over an alternative for a set of policy issues (e.g. solid waste versus drainage). The information was gathered through voter surveys from 89 UCs and was directly explained to the politicians.

The PML-N party leadership then sent an official letter soliciting recommendations on the nine selected policy issues to all local elected representatives, indicating they would use their input in future policy decisions. The researcher measured the responsiveness of politicians to information by observing their recommendations to the party leadership as expressed in a pre-formatted response letter.

The researcher found that politicians were insufficiently informed about citizen preferences but valued and were responsive to such information, particularly those about women’s preferences.

Citizen preferences: When presented with information about citizen preferences, politicians were 7.6 percentage points more likely to recommend the policies supported by the majority of citizens, a 14.5 percent increase relative to the comparison group, showing that politicians were lacking information and were responsive when it was shared with them.

Politicians’ responsiveness: Directly elected politicians (councilors and UC chairs) who were offered information on citizens preferences were 9.4 percentage points more likely to recommend the policy supported by the majority, an 18.4 percent increase relative to the comparison group. Conversely, indirectly elected politicians (women councilors and UC vice-chairpersons) did not respond to the new information, which  indicates that politicians seemed to respond to electoral incentives. In addition, politicians were as responsive to preferences of their own party supporters as to those of the general body of citizens. This suggests that politicians did not use new information to discriminate in favor of their party supporters.

Overall, these results suggest that improving politicians’ access to information has the potential to affect the provision of public goods to be more reflective of the electorate’s preferences.