Costs of Failure to Appear for Arraignment

Failure to appear (FTA) for a court hearing on a minor offense can result in default judgements or violations, which can have an even greater impact on defendants and the courts than that of the original infraction. Researchers conducted a randomized evaluation to test the impact of text message reminders and personalized assistance on rates of failure to appear in traffic, general sessions, and criminal misdemeanor courts. The researchers found that the nudge reminders and nudge reminders with personalized assistance were equally effective at reducing FTAs, and by consequence, reduced the likelihood of having a warrant or FTA-related fee issued against the defendant.

Defendants frequently fail to appear for hearings. A failure to appear (FTA) has serious  implications for individuals’ personal records, as well as further costs and administrative work for the court. The potential consequences for infractions such as speeding, possessing an open container of alcohol, or breaking curfew in a park are relatively minor, but, if defendants fail to appear, they are automatically given a default judgement or a failure to appear violation. This means they are subject to consequences such as additional fines and fees, a suspended driver’s license, and, possibly, an arrest warrant. Despite the possibility of serious consequences, in the county this study took place in, over a quarter of defendants in the criminal misdemeanor, general sessions and traffic courts studied still fail to appear for first hearings or arraignments. In the first quarter of 2017, this was equivalent to 8,188 FTAs.

Randomized evaluations in other contexts suggest that personalizing messages and providing information on how to interact with the legal system can encourage defendants to resolve their cases.123 This evaluation tested the effectiveness of reminder notifications alone, and the effectiveness of notifications combined with assistance from a live person. The researchers also sought to understand the specific mechanisms through which FTA rates were being reduced.

The study took place in the traffic, general sessions, and misdemeanor courts of a large, municipal county court system in the United States. The county has supportive resources like childcare, interpretation services, and an online fine payment system for eligible cases.

Individuals in the study tended to be male (64 percent), white (71 percent) or Black (18 percent), fairly young (on average, 35 years old), and living in zip codes with an average income of over $66,000 per year. Over two thirds of cases are in Traffic Court, while the rest were split between municipal and criminal courts. Almost half of the individuals in the study had a prior case and almost 21 percent had previously failed to appear in court. 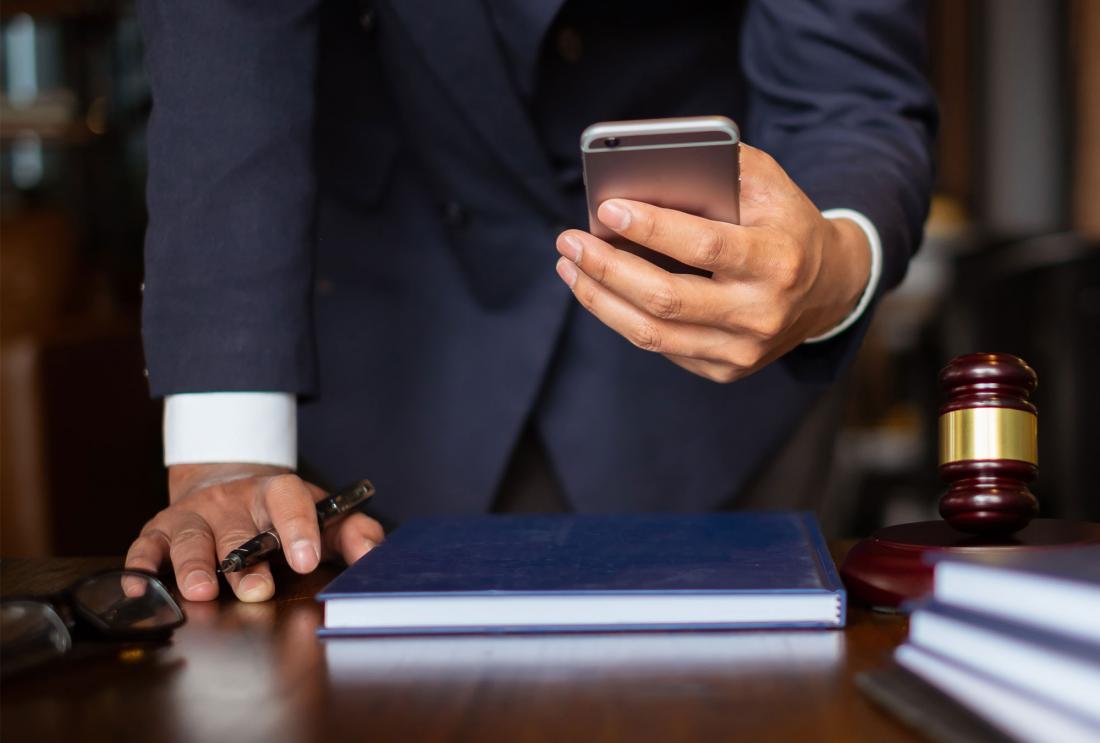 Researchers conducted a randomized evaluation to test the impact of different types of reminders on FTA rates.

Defendants were randomized into a control group or one of two treatment arms:

Investigators tracked FTA rates and followed defendants for six months after their arraignment to measure the impact on criminal justice involvement and payments to the court. These results will help to establish the comparative cost effectiveness of the interventions to each other, and to status-quo policies associated with preventing FTA.

The differences in mechanisms through which FTA rates are reduced were also reflected in the way the interventions impacted case outcomes. Overall, the SMS intervention was better at improving criminal justice outcomes. Case dismissals or not guilty findings among all cases increased by 0.8 percentage points from a baseline of 7.3 percent (an 11 percent increase), suggesting that on the margin, physically appearing in court improves case outcomes. This makes sense given that pleading not guilty or making their case must be done in-person by defendants. Thus, increasing the likelihood of showing up also increases the likelihood of not guilty findings and case dismissal.