Social media platforms are a primary source of information and communication for people in low- and middle-income countries, but they are highly prone to misinformation. In this randomized evaluation in Zimbabwe, researchers studied how social media messages targeting misinformation can affect people’s beliefs about and responses toward Covid-19. The study found that these messages increased participants’ knowledge of Covid-19 information by 7 percentage points and reduced potentially harmful behavior, or noncompliance with lockdown guidelines, by 30 percentage points.

Social media platforms are a primary source of information for people in low- and middle-income countries. In sub-Saharan Africa, for example, WhatsApp serves as a “one-stop-shop” for information and communication. However, people’s tendency to trust social networks, coupled with the low access costs, viral nature, and mixed reliability of sources in social media, make these platforms highly prone to misinformation. During the Covid-19 pandemic, as well as the Ebola and Zika epidemics from 2014 to 2016, social media contributed to the spread of misinformation in low- and middle-income countries.

In Zimbabwe, WhatsApp accounts for nearly 50 percent of all internet traffic. In 2017, at least 5.2 million people in Zimbabwe used WhatsApp, which represented 37 percent of Zimbabwe’s total population, or 60 percent of its population over age 14.

By April 2020, the Zimbabwean government had already imposed a nationwide lockdown in response to Covid-19. Over the coming months, misinformation about virus transmission and cures went viral over social media platforms, especially on WhatsApp.

To confront this problem, researchers partnered with two organizations, Internews and Kubatana, to circulate accurate information about Covid-19. Internews, an international NGO working in Zimbabwe, trains and supports independent media worldwide to provide high-quality information. Kubatana, an online media civil society organization in Zimbabwe, shares trustworthy information on national civil and human rights issues through numerous social media channels. As of 2020, Kubatana had 27,000 WhatsApp subscribers across Zimbabwe, split across 133 broadcast lists. These lists were based on the month and year of subscription, with a maximum of 256 subscribers per list.

Over the course of the study, 55 percent of participants were male and 76 percent lived in urban areas, which was consistent with national surveys of social media user demographics. 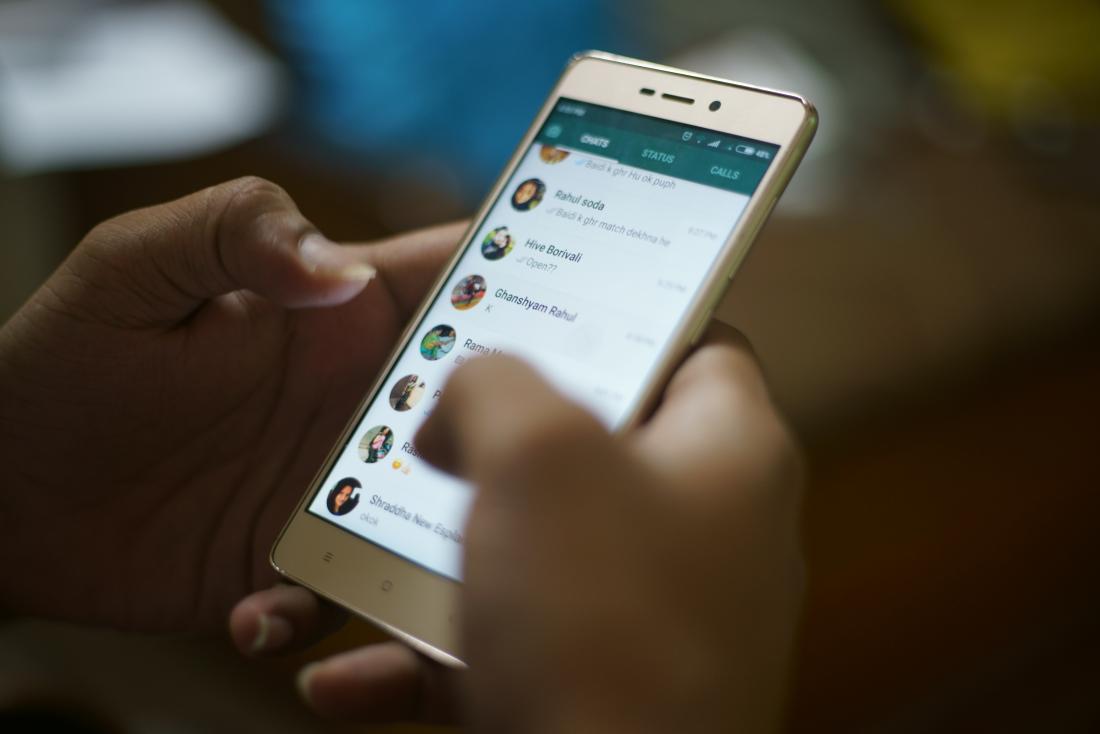 Researchers conducted a randomized evaluation in Zimbabwe to examine how WhatsApp messages targeting misinformation can affect people’s knowledge of and responses toward Covid-19.

Over a two-week period during April 2020, Internews and Kubatana jointly drafted two WhatsApp messages, which were disseminated to Kubatana’s WhatsApp broadcast lists. Messages were sent out each week in English, Shona, and Ndebele, which are Zimbabwe’s three main languages. The first week’s message discussed transmission rates for Covid-19 and emphasized social distancing as a way to lower the rates. The second week’s message disproved widespread misinformation on fake Covid-19 cures, including drinking hot water or inhaling steam.

Researchers randomly assigned WhatsApp broadcast lists into one of two groups (intervention or comparison), then randomized the timing of messages to these groups:

As researchers randomized the timing of messages, rather than the content, this ensured that all WhatsApp subscribers in both groups eventually received important information. Further, by sending a newsletter in between the WhatsApp messages to the treatment group, researchers reduced the likelihood that respondents would go back to a previous message to look for correct answers in answering the survey questions.

Respondents were invited to respond to the survey either through WhatsApp directly, or through the survey platform Qualtrics. To test people’s knowledge, the survey contained questions related to factual information from the messages. To test their social distancing behaviors, researchers also asked people to state how many activities they had performed in the past three days, based off a list of non-sensitive and sensitive activities—such as leaving one’s home to visit a friend or family member during the nationwide Covid-19 lockdown.

Researchers noted that no identifiable data was collected of participants other than cellphone numbers, and that this data was erased after individuals were assigned to the intervention or comparison group. There were no financial incentives to induce behaviors among participants, and participants could choose whether to take the information from the WhatsApp messages into account.

Among the recipients of WhatsApp messages, the surveys received feedback from 868 respondents over two weeks. This included 585 during the first week (a 2 percent response rate) and 283 during the second (a 1 percent response rate). Researchers noted that these response rates are comparable to those of other studies in sub-Saharan Africa that recruit participants through social media. The results below represent the effects of WhatsApp messages on respondents’ knowledge and preventative behavior, regarding Covid-19.

Impact on knowledge of information: Respondents in the treatment group exhibited greater factual knowledge than those in the comparison group by 7 percentage points, or a 12 percent increase.

Impact on preventative behavior: Seven percent of respondents in the treatment group did not comply with social distancing, compared to 37 percent in the comparison group. This suggests that WhatsApp messages significantly changed people’s behavior, in a similar degree to other studies encouraging healthy behavior in low- and middle-income countries.

Taken together, results demonstrate that WhatsApp messages can increase knowledge and affect people’s behavior in the context of Covid-19, with similar effects across genders and urban and rural areas. This suggests that WhatsApp messages have the potential to counter misinformation, when they come from a trusted source.

Following the study, researchers received a grant to support Kubatana in developing a WhatsApp bot with the ability to help subscribers check the accuracy of sources without having to access the Internet. Researchers later partnered with Africa Check, a fact-checking organization in South Africa, to deliver biweekly messages on WhatsApp confirming or disputing the accuracy of social, political, and health information in news and social media. Researchers are currently in the process of scaling up this latter intervention.