Every year, an estimated 1.35 million people die in traffic accidents worldwide, and evidence suggests that alcohol often plays a major role. To investigate which strategies are most effective at preventing drunk driving and reducing traffic accidents, researchers partnered with the Rajasthan Police in India to evaluate an anti-drunk driving program using sobriety testing checkpoints. Overall, the anti-drunk driving program was effective in reducing traffic deaths and accidents, with these reductions driven entirely by police stations that implemented surprise checkpoints.

Every year, motorized road transport results in more than 1.35 million deaths worldwide, and 90 percent of these occur in low- and middle-income countries. Evidence suggests that alcohol plays a major role in the frequency of traffic accidents. However, the role of alcohol is difficult to measure, especially in low-and middle-income countries where police often lack the manpower and technology to measure drivers' alcohol levels. According to a World Health Organization (WHO) review of studies conducted in low-income countries in 2004, alcohol was detected in around half of fatally injured drivers.1 The broader literature on crime prevention includes mixed evidence over whether broad, low-intensity policing or focused, intense patrols known as hot-spot policing is more effective in reducing crime. There is also little evidence to date on which policing strategies are most effective at preventing drunk driving and reducing traffic accidents. Focusing police checkpoints at fixed locations where drunk drivers are most likely to travel may be effective as lawbreakers continue returning to these popular roads. However, drunk drivers could learn about policing patterns and switch their routes, making random patrols across a broader set of roads preferable. Which policing strategy to deter drunk driving is most effective at reducing traffic accidents and fatalities?

Police in India can enforce drunk driving laws by a “selective breath checkpoint” strategy. Officers from local police stations set up fixed roadblock checkpoints that force passing vehicles to slow down, during which officers can order drivers to pull over for a brief conversation and potential breathalyzer test. If the driver is drunk (a blood alcohol concentration level of more than 30 mg of alcohol per 100 mL of blood), police confiscate the vehicle and order the driver to appear in court for sentencing (varying from monetary fines to imprisonment). Prior to this study, sobriety checkpoints were extremely rare as breathalyzers had not yet been widely distributed to police stations, making it difficult to prosecute suspected drunk drivers.

Comparable to other Indian states in 2007, just three years before the evaluation began in 2010, Rajasthan was ranked fourth out of 28 states in total crimes serious enough to warrant investigation without court order.2 The total police force consisted of nearly 71,000 personnel across 711 police stations.3 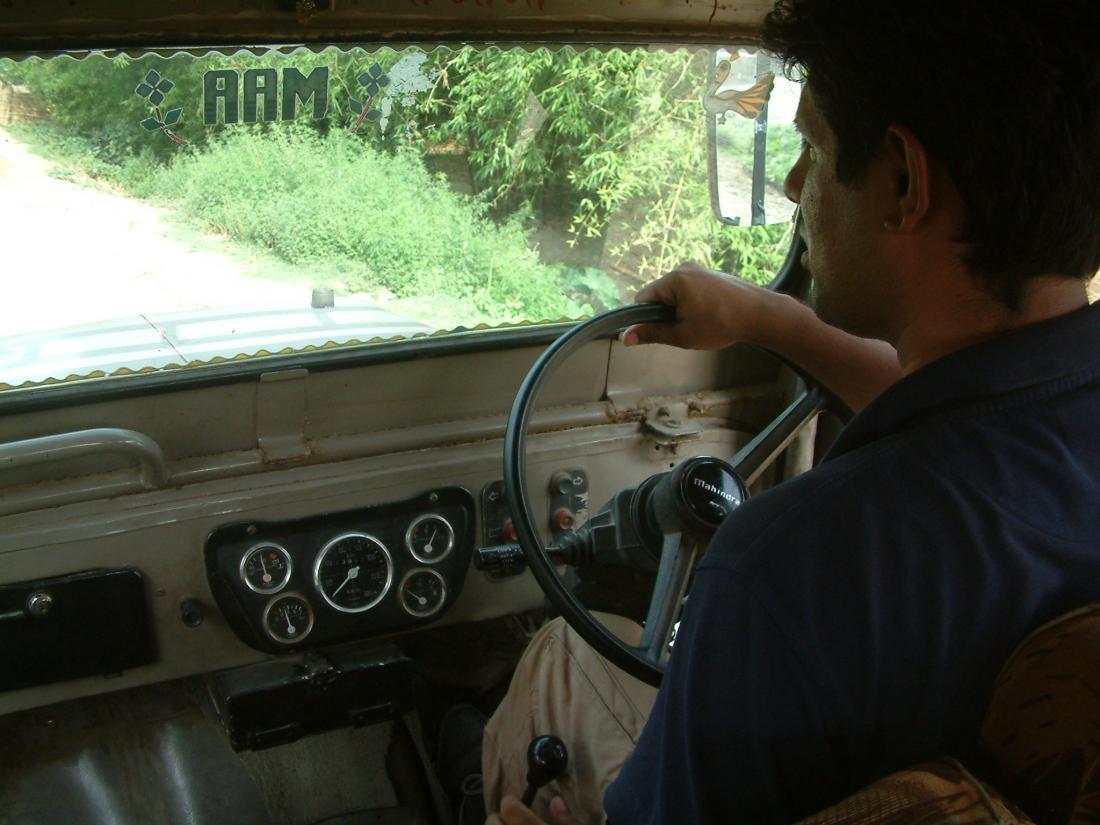 To investigate which strategies are most effective at preventing drunk driving and reducing traffic accidents, researchers partnered with the state police in Rajasthan to evaluate an anti-drunk driving program using selective breath checkpoints. Among 183 police stations in 11 districts, researchers randomly selected 123 to serve as the program group and implemented the selective breath checkpoint strategy. The remaining police stations formed the comparison group, and did not receive any specific instructions or additional resources to carry out an enforcement strategy.

Within the program group, researchers randomly assigned police stations to implement versions of the selective breath checkpoint strategy that differed along three dimensions:

Overall, the anti-drunk driving program was effective in reducing traffic deaths and accidents, with these reductions driven entirely by police stations that implemented surprise checkpoints. Further, more frequent checkpoints increased the effectiveness of surprise checkpoints but not fixed ones. Police Line teams, incentivized by the promise of transfers, were more likely to perform their checkpoint duties.

Enforcement strategies: Across both fixed and surprise enforcement strategies, nighttime traffic accidents decreased by 17 percent and deaths decreased by 25 percent during and 90 days after the program, meaning approximately 70 deaths were averted. Police stations implementing surprise checkpoints saw a reduction of 29 percent and 30 percent in nighttime accidents and deaths, respectively, in areas they covered, relative to comparison stations. However, fixed checkpoints had no impact on nighttime accidents or deaths. Daylight accidents increased by nearly 10 percent at surprise checkpoints relative to the comparison group, likely because drivers who refused to stop drunk driving shifted their alcohol consumption earlier in the day in areas of surprise checkpoints but could continue drunk driving at night using alternate routes around the fixed checkpoints. Overall, checking at surprise locations still led to a greater reduction in accidents and deaths.

After the program: Drivers slowly returned to drunk driving as time passed since the last checkpoint, with the program’s effect fully dissipating over approximately 91 days. Drunk drivers avoided locations of prior checkpoints (and locations suspected to be targeted for checkpoints) for some time after the program ended, but reverted back to their normal routines sooner in locations that previously had more frequent checking. This suggests drivers expected police to have a limited ability to reinstate checking soon after an intense crackdown had ended.

These results suggest that people quickly learn about police interventions and adjust their behavior in response, hence police strategies targeting a single high-crime area are rapidly undone by the diversion of criminal activity to other areas. This made a regularly implemented checkpoint at the single highest-potential location less effective at reducing road accidents and deaths than implementing checkpoints across multiple initially less-promising locations which were harder to predict and avoid. However, drivers also learned when the checkpoint enforcement period was over, and slowly reverted back to their original behaviors.