What motivates citizens to vote? In this study, researchers utilized a random school choice lottery to examine the impact of economic outcomes on voting behavior in Mecklenburg County, North Carolina. Losing the lottery had no significant impact on overall voting behavior. However, white families, who represent the majority of the voting population, or those with high incomes and prior voting history, were more likely to vote if they lost the school choice lottery than if they won it.

What motivates citizens to vote? Understanding the factors that influence voting behavior is a central policy issue. Often voting outcomes directly determine funding of critical public goods such as public education. Since the personal cost of someone’s time spent voting exceeds the expected impact of an individual’s vote, it can be difficult to successfully encourage people to vote. This study seeks to understand how economic outcomes influence voting behavior. While previous studies show positive impacts on voting turnout from outreach efforts, such as door-to-door canvassing, little evidence exists on the impact of economic outcomes, such as public school admissions, on voting behavior.

For thirty years, the Charlotte-Mecklenburg school district (CMS) bussed students to assigned schools to achieve racial integration. In 2001, the US Fourth Circuit Court of Appeals ordered the district to dismantle the race-based student assignment plan by the beginning of the next school year. Seeking to enhance parents’ options, the district implemented a district-wide school choice plan in 2002. The district guaranteed each student admission to the nearest school, their “home school.” Parents who wished to send their children to a different school, if it was oversubscribed, had to bid through a lottery system.

In November 2003 (after voters knew the results of two years’ lotteries), Mecklenburg county voted in elections for local officials, including three school board members. The school board decides on goals and policies for CMS including funding initiatives and bond measures, new school sites, and funding allocation. 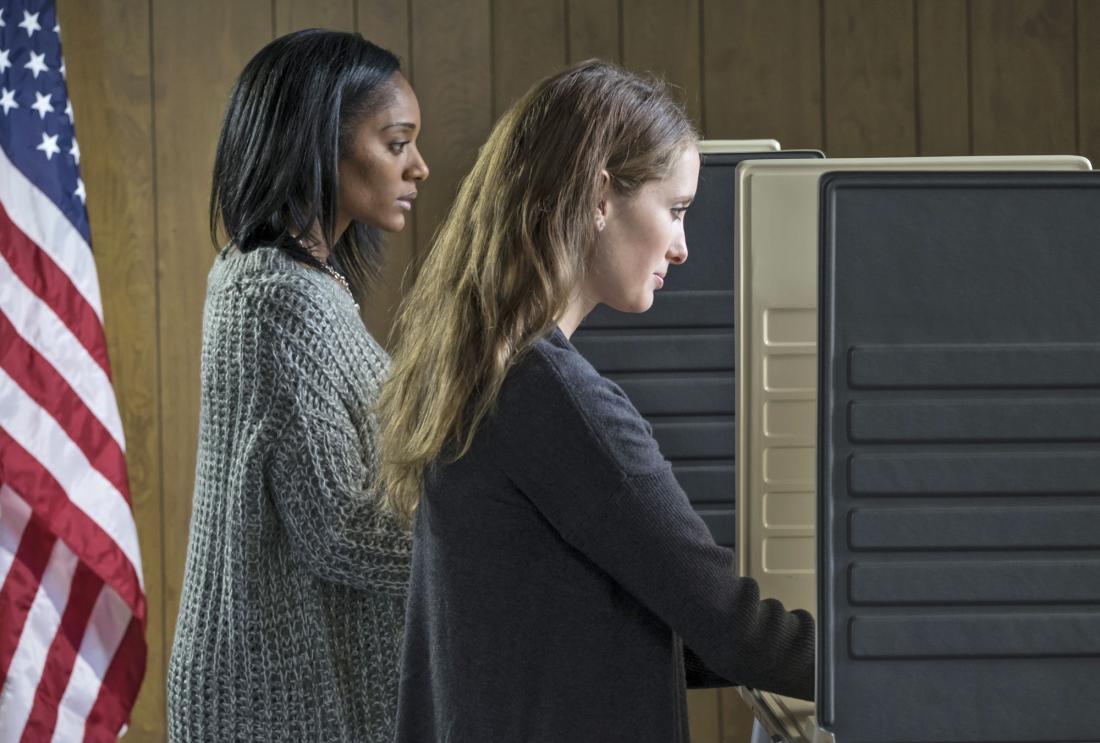 Researchers used the random assignment of students to oversubscribed schools through a lottery to determine the impact of school choice on voting behaviors. In spring 2002, parents submitted their top three choices of schools for the 2002-2003 academic year for their children, and the district assigned students to schools via lottery. In spring 2003, a subset of students who were in a rising grade, were new to CMS, or experienced a change in home school due to boundary shifts, re-entered the lottery. Lottery winners in 2002 or 2003 gained admission to their first choice school. Lottery losers were assigned to their second or third choice, or to their “home school.”

To compare voting behavior among parents of students who won their first choice of school in the lottery and those that did not, researchers geographically matched school administrative data from spring 2002 and spring 2003 to voter registration and turnout data from fall 2003.

Voting behavior did not differ overall among parents whose children won and lost the school choice lottery , but losing the lottery increased voter turnout among certain groups, such as white and high-income households, and those who had previously voted.

To estimate how these positive or negative lottery outcomes compared to a neutral outcome, researchers used non-experimental evidence that examined a “status-quo” group who did not participate in the lottery . Comparing lottery losers to a “status quo” group uninfluenced by the lottery system supported the result that the lottery losers drove the gap in voting behavior more so than lottery winners.

These outcomes support the theory that experiencing negative policy outcomes motivates individuals to vote more than experiencing positive policy outcomes. The fact that higher-income, white voters are more likely to vote as a result of negative outcomes may motivate politicians to focus their efforts toward accommodating those subgroups. In the context of public schooling, policies that seek to enhance school quality or choice options to less advantaged communities at a cost to a minority of affluent constituents may not be politically feasible.