The Effect of Referrals in an Online Labor Market

Workers without social connections may be disadvantaged in the labor market because employers favor applicants who have been referred. Researchers tested three interventions in an online labor market to investigate why employers are more likely to hire referred workers. First, referrals provide a signal that workers will perform well and have lower turnover. Referred workers outperformed and had lower churn than non-referred workers with the same observable characteristics. This is true even at companies to which they were not referred. Second, being referred makes workers more productive. Referred workers were particularly productive when they work with their referrers.  However, workers’ concerns about their reputation with their referrer or their referrer’s position at the firm did not lead workers to exert more effort.

Job-seekers with limited social connections may be at a disadvantage in the job market. Informal contacts lead to the majority of new hires, firms are more likely to hire referred than non-referred applicants, and some firms even offer bonuses to employees who refer a successful applicant. Yet the reason why employers tend to favor referred applicants is unclear. Is it because referrals contain information about worker productivity and turnover that cannot be gleaned from a resume? Do referred workers work more productively and have lower turnover because they are referred? Or rather, do firms rely on referrals to reduce recruiting costs or because they prefer hiring workers from within closed networks?

oDesk1 is an online labor market where employers, mostly from the United States, hire independent contractors from around the world for jobs that can be completed remotely. The company contracts with over 2.5 million workers who perform tasks ranging from computer programming and software development to less skill-intensive jobs such as data entry, internet research, or administrative support. Unlike other online labor marketplaces, oDesk allows employers complete discretion in whom they hire, and employers have direct relationships with their oDesk contractors. The contractors are generally relatively young and well educated, and the lower-wage workers are disproportionately female. While there is no official referral mechanism, oDesk allows employers to solicit referrals for new hires from their current workers and for workers to refer people they know to their employers. 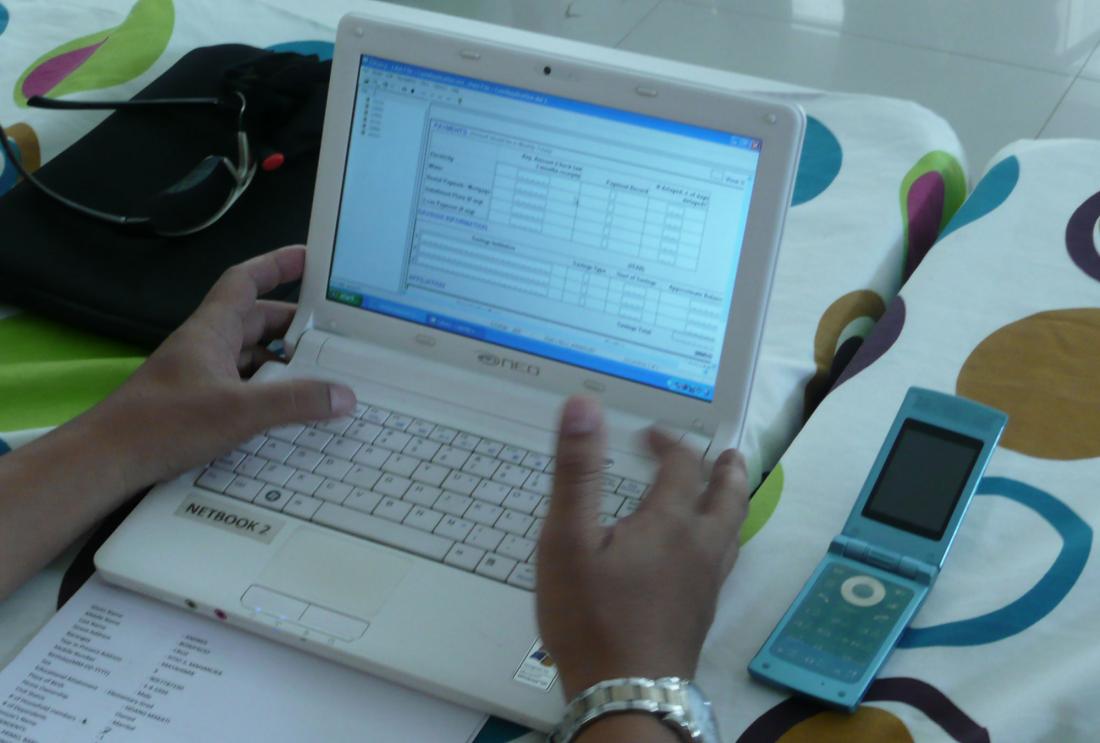 At work in the Philippines

Researchers conducted a series of randomized evaluations to test the impact of referrals for new hires on workers’ job performance and turnover. First, researchers invited a randomly-selected group of oDesk jobseekers to apply for an administrative job. Hired workers were subsequently asked if they wanted to refer other oDesk workers. Those who did became “referrers.” Their referrals were then hired; these workers formed the “referred worker” sample. Researchers also hired a random sample of non-referred applicants, who formed the “non-referred worker” sample.

Intervention 3: Working with one’s referrer
To test whether referrals perform better when working directly with their referrers, researchers hired a new batch of 282 referrers, their 282 referrals, and 94 non-referred workers (selected as above) for a job to be done in pairs. In each of three rounds, workers were assigned a different partner and tasked with coming up with a slogan for a public service announcement. In each round, workers participated in a different type of team: (A) a referrer and her referral, (B) a referrer and someone else’s referral, or (C) a referrer and a non-referred worker. Researchers compared workers’ performance on the task, satisfaction with the partnership, and willingness to continue working in each type of team. Comparing performance in team types B and C, researchers measured performance differences of referred and non-referred workers when both were working with people they did not know. Comparing performance in team types A and B, researchers determined whether referred workers perform better when working directly with their referrers than when working with an equivalent worker they did not already know (someone else’s referrer).

Referrals and on-the-job interactions with referrers: Being referred made workers more productive. Referred workers performed much better when working directly with their referrers. However, referrer monitoring did not have a detectible effect on the referred worker’s job performance.

Pallais, Amanda and Emily Sands. "Why the Referential Treatment: Evidence from Field Experiments on Referrals." Journal of Political Economy (forthcoming).