The Effects of Performance Pay Among Private School Teachers in Pakistan

Incentive pay may be an effective way to increase teacher effort, but it is unclear what types of incentive schemes work best in attracting and retaining good teachers and motivating their performance. Researchers are working with a large private school network in Pakistan to evaluate the effects of performance raises based on observed performance versus those based on student performance on teacher behavior and student learning.

In the past decade, there has been growing interest in linking teachers’ salaries to student learning outcomes. Incentive pay is one commonly used method to motivate teacher effort, but it is unclear what types of incentive pay schemes work best. For instance, objective incentive schemes where teachers’ salaries are tied to measurable student outcomes, such as standardized test scores, have gained popularity in both developed and developing countries over the past decade. However, this type of incentive pay can be cost prohibitive for schools in low-income settings where standardized tests may be too costly to implement. Subjective performance pay, in which the supervisor determines the incentive amount based on her own observations of teacher performance, is another common type of incentive in many sectors and could be advantageous in settings where there are cost or implementation concerns around designing or administering appropriate tests. However, concerns around favoritism could limit the effectiveness of this type of incentive scheme. How can schools improve teacher performance in a cost-effective way? What are the relative effects of subjective performance pay versus objective incentives schemes, compared to a simple flat salary, on student outcomes? Finally, what is the effect of these policies of who enters and exits teaching under these contracts. 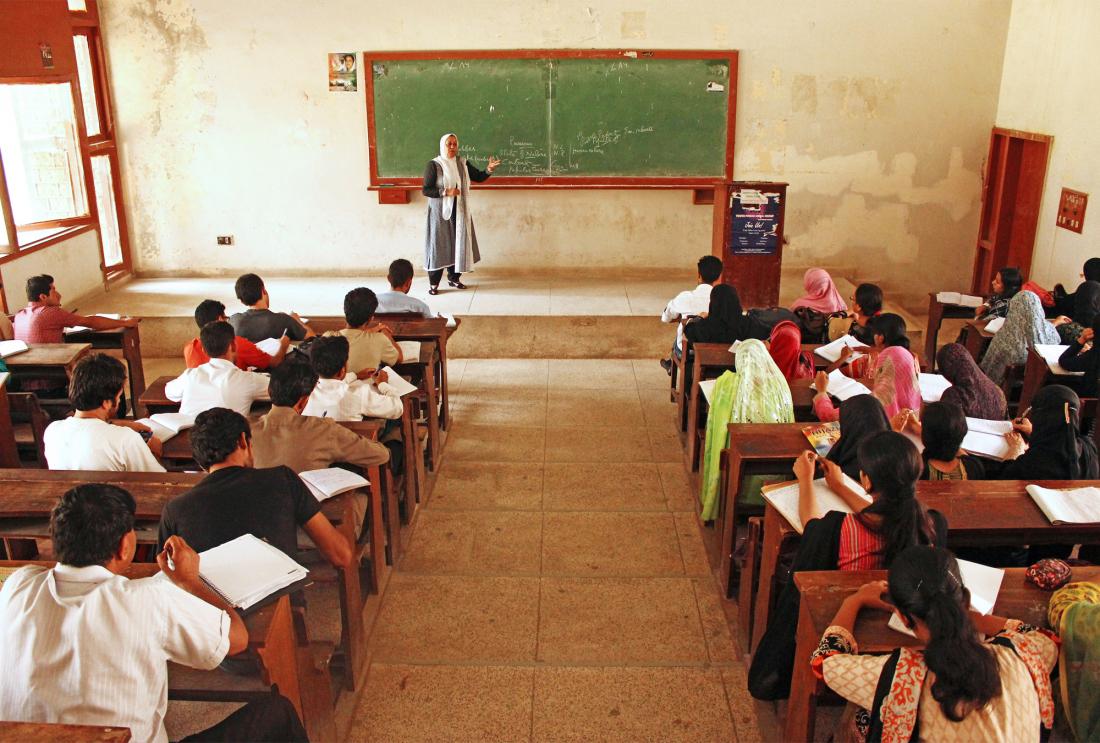 Researchers are partnering with a large private school network in Pakistan, to evaluate the effects of objective versus subjective performance incentive pay on teacher classroom behavior and student performance.

Researchers are currently implementing this study with 3,400 teachers across 217 schools. Schools are randomly assigned into one of the following groups:

Among 99 randomly selected schools, school principals will also vary the amount of time they observe each teacher’s class: from 20 minutes every other week in the subjective and objective performance groups, to 20 minutes once every two months for the comparison group. In addition to this, researchers will also randomly provide teachers with preliminary performance data at the end of the first term of the study to understand how this effects their decision to leave teaching or to switch schools.