The Effects of Subsidized Trainings on Young Workers and Small Firms: Evidence from Uganda

A growing number of young and unskilled workers around the world are unable to acquire the skills needed to help them secure jobs, and firms are often unable to find and hire the employees they need. Researchers evaluated the impact of offering either subsidized vocational training to unemployed youth or subsidized apprenticeships for firms on youth employment and earning outcomes in urban Uganda. Both forms of subsidized training led to greater skill accumulation, higher employment rates, and higher earnings for workers. However, the gains were larger for vocational trainees and were sustained over time.

Youth unemployment is a major challenge in the developing world, particularly in East Africa where the majority of the population is under age 25, and youth represent 60 percent of those unemployed. A growing number of young and unskilled workers are unable to acquire the skills to help them secure jobs, and firms are unable to find and hire the employees they need.

Young workers face financial obstacles that may prevent them from investing in the skills that they need to find jobs. They may also face limited opportunities to pursue education past secondary school. On the other hand, firms may lack the time and resources to find, screen, and train new workers. These financial obstacles prevent workers from acquiring the skills they need to access jobs and they prevent firms from hiring workers.

Training programs are popular in low-income economies because populations are young, the quality and duration of schooling is low, and there are limited opportunities to use tertiary education as a means of transitioning young people into good jobs. Despite their popularity, there is mixed evidence on the effectiveness of job training programs. Do subsidized vocational trainings help generate skills and match young workers to good jobs? Do subsidized apprenticeships help firms find better employees? Do these programs lead to better employment outcomes overall? And which one is more effective?

Youth unemployment is a major challenge in Uganda, the country with the second lowest median age in the world. At the time of this study, youth employment rates within the formal sector were below 30 percent, and youth were mostly engaged in insecure and informal casual work. A quarter of employed youth aged 18-25 in Uganda worked in at least one of the following sectors: welding, motor mechanics, electrical wiring, construction, plumbing, hairdressing, tailoring, and catering. Of the youth surveyed for this study, more than 60 percent were unemployed. The average study participant was 20 years old and 44 percent of participants were women.

Firms in Uganda typically consist of small and medium size enterprises in both manufacturing and service sectors. The firms in this study had between one and fifteen employees, in addition to the firm owner. Given the small firm size, job progression for a worker is therefore less likely to occur within the same firm but rather more likely to occur when the worker moves between firms.

Workers in Uganda commonly acquire skills and find work through vocational training institutes (VTIs), which are well established in the country. These institutes typically offer training courses focused on the aforementioned sectors. Workers also accumulate skills through firm-sponsored training, or apprenticeships, which are typically unpaid or require some training fee. The average worker in the study earned US$6 monthly prior to the intervention—roughly 10 percent of the Ugandan average—and was normally unable to self-finance either vocational training or apprenticeships. 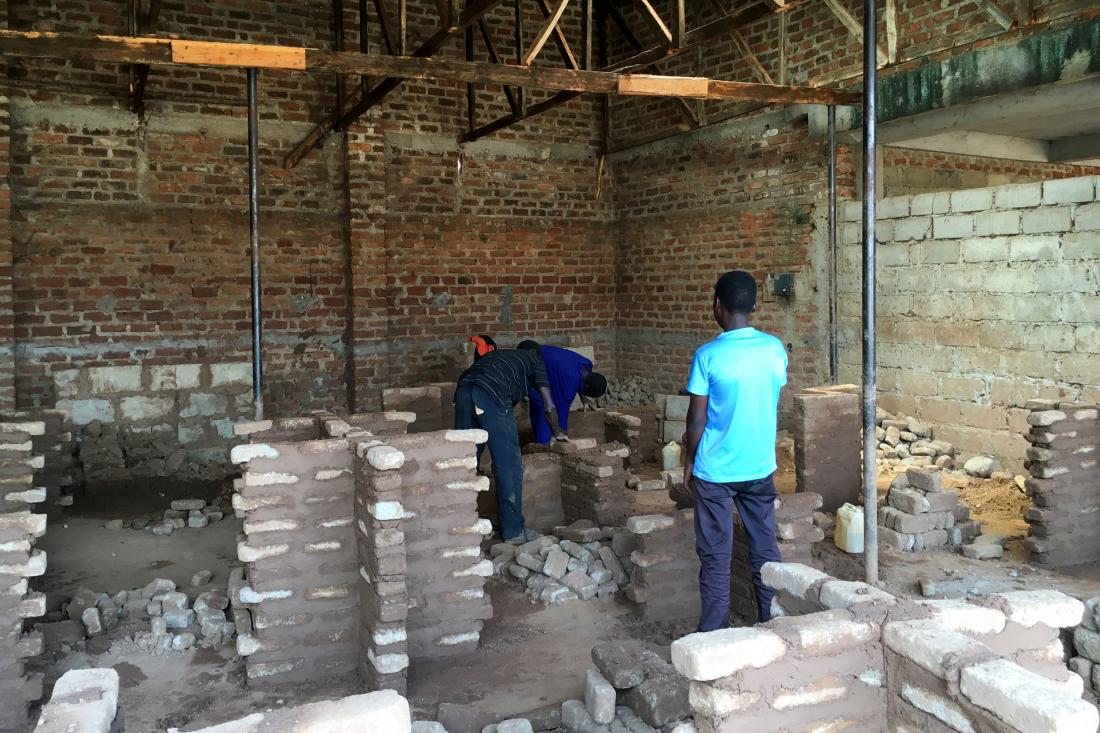 The 1,538 firms participating in the study were sampled from 15 urban labor markets and were selected on the basis of their operating sector and firm size. Firms were randomly assigned to be matched with workers from one of the four groups listed above.

Researchers are conducting a follow-up survey eight years after the intervention to evaluate the longer-term impacts of the programs and how they helped workers weather the economic shock caused by the Covid-19 pandemic.

Both vocational training and subsidized apprenticeships led to marked improvements in sector-specific skills, employment, and earnings; however, the gains for vocational trainees were both larger and sustained over time, likely because they acquired more certifiable skills and were hence able to move back into employment more easily than firm apprentices if they fell into unemployment.

Both forms of worker training led to a greater likelihood of employment, longer periods of employment, and to higher hourly wages. On average, over the three years post-intervention, VT and FT workers were 9 percentage points (21 percent) and 6 percentage points (14 percent), respectively, more likely to be employed relative to 56 percent employment rates in the comparison group. Both VT and FT workers also increased the number of months worked in a year by 19 percent and 11 percent respectively, compared to 4.5 months average annual employment among the comparison group.  In addition, the hourly wages of both VT and FT workers, conditional on employment, grew by 11 percent and 12 percent over the comparison group, respectively. This suggests that both FT and VT trainings had a positive impact on productivity, and so is in line with the results on skills accumulation.

Vocationally trained workers experienced more job mobility compared to FT workers. The VT treatment improved the ability of workers to move between jobs, and in particular their ability to exit unemployment. The authors found that VT workers received higher rates of job offers when unemployed, relative to the comparison group. This was not the case for FT workers. Researchers hypothesize this difference was due to the fact that only vocational skills were certified, which allowed VT workers to better show their skills to potential employers while unemployed.

Gains for FT workers materialized quickly but faded over time, while gains for VT emerged slowly but were long-lasting. While both forms of training led to improvements in labor market outcomes when averaged over the three-years post-intervention, the dynamic effects are strikingly different: FT workers started off well because of the initial placement into firms; however, by one year after the end of the apprenticeships very few FT workers were still employed at the training firms. After leaving the training firm the gains dissipated quickly, as FT workers did not experience a higher likelihood of exiting unemployment than the comparison group. If they found a job, they experienced higher wages than the comparison group—due to higher skills and productivity—but by the end of the study period their gains, in terms of employment rates, had dissipated substantially. VT workers instead started off more slowly but then gained steadily over time. The authors suggest this reversal of fortune is explained by the fact that vocational skills were certified, while FT skills were not.

VT was more cost-effective at improving worker labor market outcomes than FT. Though program costs were more expensive for VT (US$470 per trainee) than FT (US$300 per trainee),  tackling youth unemployment through vocational training was found to be a more cost-effective policy option than incentivizing firms to hire and train young labor market entrants. One factor that contributed to the lower cost-effectiveness of FT was that only 51 percent of workers assigned to FT were actually offered a meeting with a firm while 68 percent of workers offered VT accepted and completed the training: a key difference between FT and VT is that with FT firms needed to agree to take on the workers, and lack of interest from firms was a limiting factor.

Based on the short-term impact results, BRAC has included trade-specific skills training as one of the core components of their Empowerment and Livelihood for Adolescent (ELA) program and expanded the target group to include youth. This has been articulated in BRAC’s Africa Strategy where they have specified a three-prong approach of ELA that includes soft-skills, vocational skills, and education. For vocational skills, the focus remains on offering training by firms (also known as mentorship intervention). However, more recent results of greater cost-effectiveness of training through vocational training institutes have sparked internal discussions to revisit the relative allocation of resources between VT and FT in their operations in Africa as well as in Bangladesh, where BRAC is implementing skills development programs at a larger scale.

In terms of follow-up projects, the results of this study have led to the development of a randomized evaluation to study the impact of skills certification on the labor market outcomes of vocational trainees and firms.1 The main results are that the certificates improved the allocation of workers to jobs and led to an increase in worker earnings, conditional on employment. 2

1.
The results of this related study are reported in Bassi and Nansamba (2020): https://www.dropbox.com/s/7s6ns3t5al3et5m/Signaling.pdf?dl=0
2.
A summary of the paper can be found on VoxDev: https://voxdev.org/topic/labour-markets-migration/labour-market-impacts-soft-skills-certificates