Empowerment and Livelihood for Adolescents (ELA) in Sierra Leone

Adolescent girls living in low-income settings may be trapped in a vicious cycle that prevents them from attaining employment and achieving better health outcomes and reproductive autonomy. Researchers evaluated the impact of a program in Sierra Leone called Empowerment and Livelihood for Adolescents (ELA) that aims to address this problem by bundling health education, vocational skills training, and micro-credit. Concurrently with this intervention, the 2014-2015 Ebola epidemic led to school closures across Sierra Leone. Researchers found that, while girls experienced higher teen pregnancy and lower school attendance post-Ebola, ELA clubs mitigated many of these negative effects.

Adolescent girls in low-income countries appear to be trapped in a vicious circle where low skills and poor labor market opportunities make girls turn to (often older) men for financial support; this increases the chances of childbearing that, in turn, further reduces the chances of acquiring useful skills and future labor force participation. School closures resulting from viral epidemics have the potential to exacerbate these risks by reducing time spent away from older men, potentially increasing exposure to early pregnancy and sexual abuse. In previous research in Uganda, researchers found that a combination of health education and vocational skills training can help girls increase school participation and decrease risk of pregnancy. This study examines whether a similar program could be helpful in reducing the negative effects of epidemic-spurred school closures on time spent with men, pregnancy, and school enrollment.

In Sierra Leone, women frequently face gender-based violence and exploitation. Fifty-one percent of women in Sierra Leone report having experienced physical, sexual, or emotional abuse by a husband or partner. Sierra Leone is also one of the least equal countries in the UNDP Gender Equality index and has the highest maternal mortality rate of any country. Of the 4,700 girls and women surveyed for this intervention, who were aged 18 on average, 28 percent were married and nearly half had children. For those married, the average age of marriage was 16, while the average age of their husbands was almost double. Of women in relationships, 46 percent reported intimate partner violence. Even among those not married, pregnancy is a significant risk factor: 75 percent of the sample reported being sexually active, starting at an average age of slightly below 15. Such activities can limit girls’ career opportunities, as only 12 percent of elders in surveyed comparison villages, for example, believed that women should be allowed to continue schooling when pregnant.

West Africa’s 2014-2016 Ebola epidemic had the potential to further exacerbate girls’ risk of pregnancy, sexual abuse, and school dropout. About half of all cases during the epidemic came from Sierra Leone, and the country closed all primary and secondary schools during the 2014-2015 academic year. These closures had the potential to both reduce girls’ education and increase their exposure to older men, which was exacerbated by the government of Sierra Leone’s decision in April 2015 to forbid “visibly pregnant girls” from re-enrolling in schools upon their reopening. 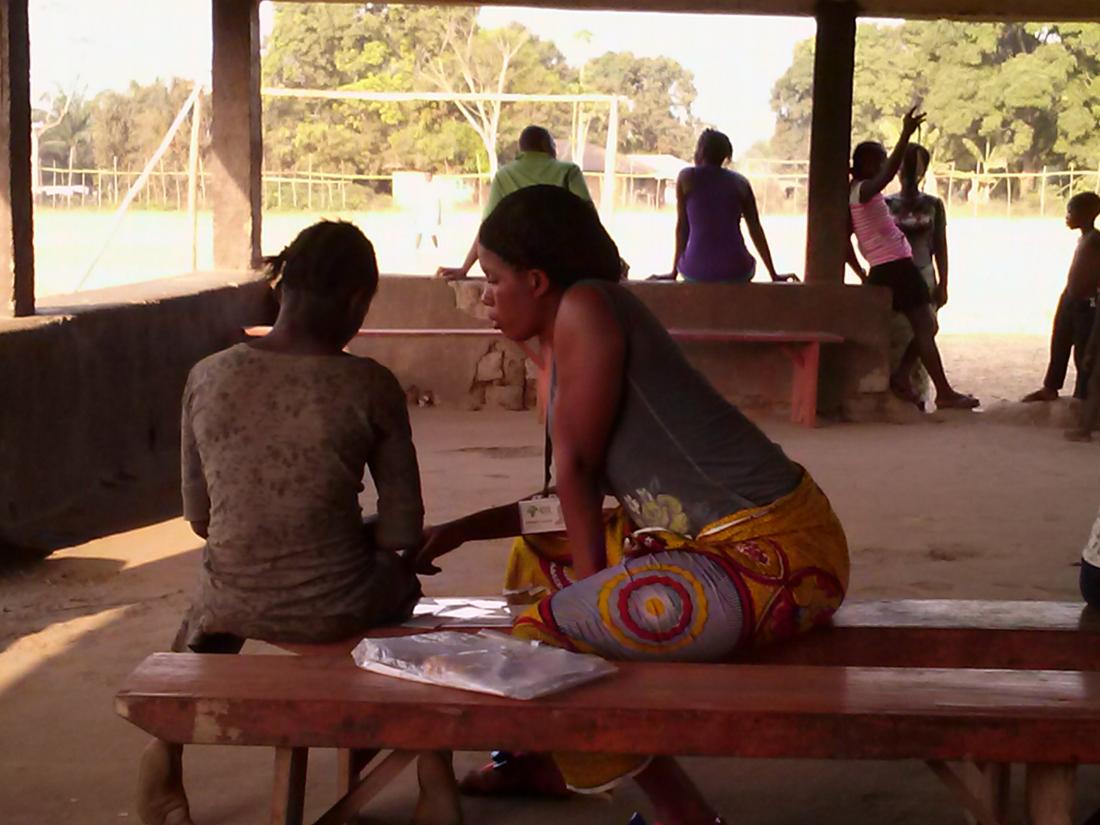 Researchers partnered with BRAC, an NGO that had implemented over 9,000 Empowerment and Livelihood for Adolescents (ELA) clubs worldwide since 1993, to conduct a randomized evaluation to test the impact of ELA clubs on school attendance and teenage pregnancy. Researchers randomly assigned 200 villages across the Port Loko, Kambia, Moyamba, and Pujehun districts of Sierra Leone into two categories:

Researchers additionally conducted a range of surveys before, during, and after their intervention. They conducted a baseline survey between February and May of 2014, asking 5,775 women aged 12 to 25 across the 200 villages their educational status, their labor market activities, their sexual behaviors, and how they divided their time among weekly activities. They conducted their endline survey between February and March of 2016, after the Ebola epidemic had largely dissipated. Between the baseline and endline, fieldwork was suspended across the country, so researchers conducted phone surveys with ELA club mentors regarding club functioning, and with village leaders regarding the impact of Ebola in their region. Finally, researchers conducted a follow-up survey between June 2019 and January 2020 to measure long-term outcomes for the women and girls.

After the Ebola epidemic, women across the sample spent more time with men, were more likely to become pregnant, and were less likely to enroll in school. This effect was especially concentrated among girls who lived in villages that researchers deemed to be of higher pregnancy risk. However, ELA clubs mitigated many of these outcomes, especially in high-pregnancy risk villages, and the effects of ELA clubs on pregnancy and education remained significant in follow-up surveys years later.

Health shocks pose a serious risk of generating gender gaps, particularly as it relates to education and childbearing. However, policy interventions can play a significant role in reducing these negative shocks, especially in regions of greatest vulnerability. In light of the contemporary Covid pandemic, researchers’ findings suggest the value of health- and education-based interventions for women and girls, particularly where disease has the potential to generate the largest gender-disparate impacts.