Increasing access to higher education is an important issue in many countries concerned with economic inequality and social mobility. Children from low-income backgrounds in middle- and upper-income countries do not advance in large numbers to post-secondary schooling, despite the fact that there are large wage returns to higher education. Credit constraints provide one plausible reason for this unequal access, and a number of studies, mostly in the United States, have shown that providing financial aid for college can substantially raise enrollment and attainment for certain groups of students. However, to qualify for this aid, students must begin preparing themselves academically long before they graduate from high school. Lacking information about how to finance higher education, families who might benefit most from this financial aid may end up being the least able to take advantage of it.

Enrollment in higher education in Chile has tripled since 2000, but the vast majority of those enrolled come from the highest income bracket in the country. In 2009, only 16 percent of young people ages 18-25 from the poorest ten percent were enrolled in tertiary education, compared to 61 percent of the richest ten percent. There are several options for tertiary education in Chile: two- or three-year vocational certificates, or five-year college degrees. Tuition costs are high for both degrees: one year of university tuition is slightly less than half of the average Chilean income in 2005, and a year of technical college tuition was 20-25 percent of annual income.

Availability of financial aid in Chile rapidly expanded in the last decade: publicly-provided scholarships increased from US$40 million in 2000 to US$173 million in 2007. However, awards are distributed based on academic performance. For low-income students, this means, good grades and high scores on the college entrance exam are important both for acceptance into post-secondary school institutions and for financing their education. 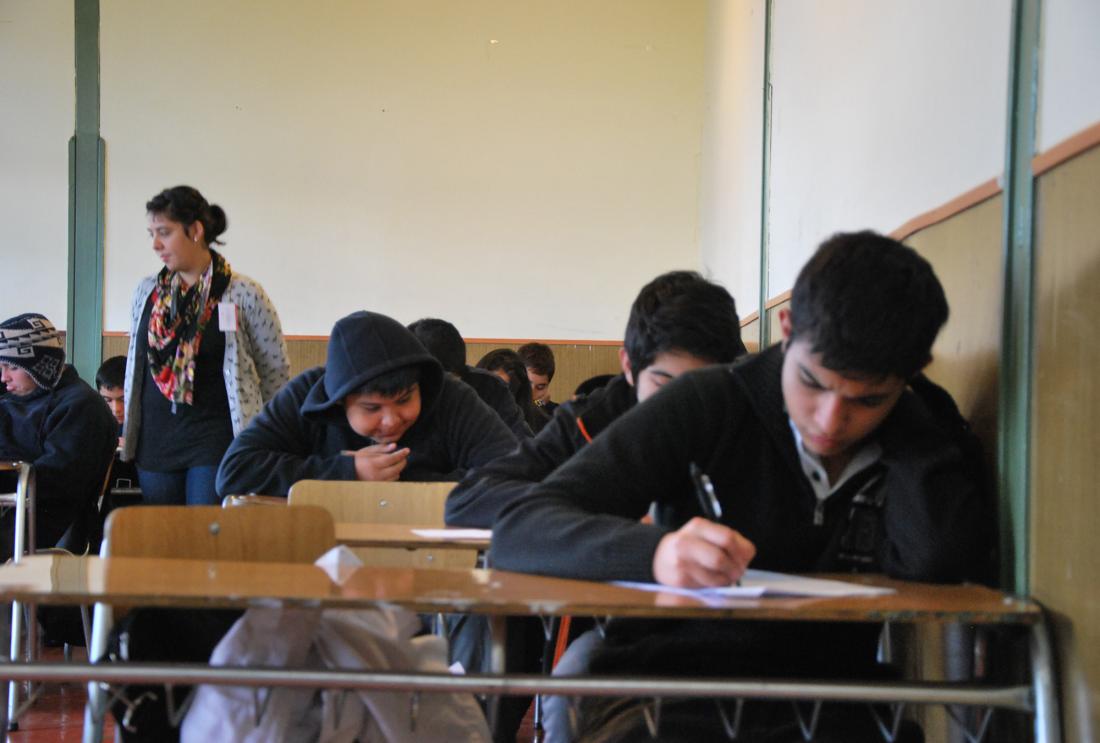 In order to examine how information can improve investment in schooling, researchers developed a video that provided students with information about how effort and good grades enable them to qualify for scholarships and government loans. The fifteen minute video entitled "Abre la Caja" ("Open the Box") presented higher education experiences of 13 adults who grew up in low-income families in urban Chile. In the video, each person speaks about how, by working hard at school and qualifying for financial aid, they were able to finance tertiary education at traditional colleges or vocational schools. These stories were intended to inform students about the existence of academic scholarships and student loans for further study, and to provide specific details on relevant high school grade cutoffs and PSU (Prueba de Seleccin Universitaria, a standard achievement test similar to the SATs) cutoffs for scholarship and loan eligibility.

In 56 schools, the video was shown in class, while in another 56 schools the video was distributed to students to take home and watch with their parents. The remaining 114 schools served as a comparison group. Three months later, students were given a questionnaire to assess their knowledge about the information imparted through the video. Administrative data was also collected from the schools about their attendance rates and test scores.

Effect on Schooling Outcomes: For students assigned to receive information on financial aid for higher education, the number of students with at least one absence during the month after the video was distributed fell by 8.8 percentage points on average. This represents a 12 percent reduction, relative to the comparison group. Additionally, among students whose current school terminated after eighth grade (requiring them to choose a new school for high school), exposure to "Abre la Caja" also increased enrollment in college preparatory high schools by 10 percent in the treatment group.

Effects by Baseline Academic Performance: Students with medium grades at baseline experienced the largest effects on enrollment and attendance: these students were 13.6 percent more likely to enroll in college preparatory high schools and 17.6 percent less likely to be absent if exposed to "Abre la Caja," relative to the comparison group. This suggests that students whose behaviors drive the impact estimates are the students who are uncertain about their ability to qualify for financial aid, but for whom access to college and financial aid is most likely.

Difference between Treatments: While parents and students learned significantly more about financial aid requirements when the video was watched at home, there were no other significantly different impacts between the two treatments. Exposure to the DVD at home with parents did not increase the impacts on attendance or enrollment in college preparatory schools beyond those for the student who watched it in the school.

Dinkelman, Taryn, and Claudia Martinez. 2014. "Investing in Schooling in Chile: The Role of Information About Financial Aid for Higher Education." The Review of Economics and Statistics 96(2): 244-257.