Disbursing, monitoring, and collecting microcredit loans can be costly in countries like Mongolia, where the population density is very low. As a result, rural women and poor households have considerably less access to microcredit than richer, male, and urban Mongolians. Researchers compared the impacts of providing group- or individual-liability loans to women in rural Mongolia. Access to group loans increased business ownership and food consumption among poor women, while individual loans had no effect on these outcomes. Both individual and group loans resulted in similar repayment rates.

Microfinance institutions (MFIs) provide formal financial services to millions of poor people around the world, but there is still much debate about the effectiveness of microcredit as a tool to combat poverty. Increased professionalism and scale among MFIs has made it less costly for them to monitor borrowers' creditworthiness, reducing their reliance on the peer enforcement of group lending. After years of rapid growth, many large MFIs have started to switch from a group-loan model of microcredit, pioneered by the Grameen Bank in the 1970s, to an individual-loan model. Yet, there is little evidence on the relative impacts of individual lending versus group lending on household consumption, income, and enterprise creation.

Mongolian microcredit has traditionally been provided in the form of individual loans. In the past, many MFIs assumed that nomadic indigenous Mongolians would not take up group loans because they had small social networks outside their extended families. But in recent years, informal collective self-help groups have developed in rural areas across the country and have begun to offer loans to their members, suggesting that group lending may be feasible in Mongolia. 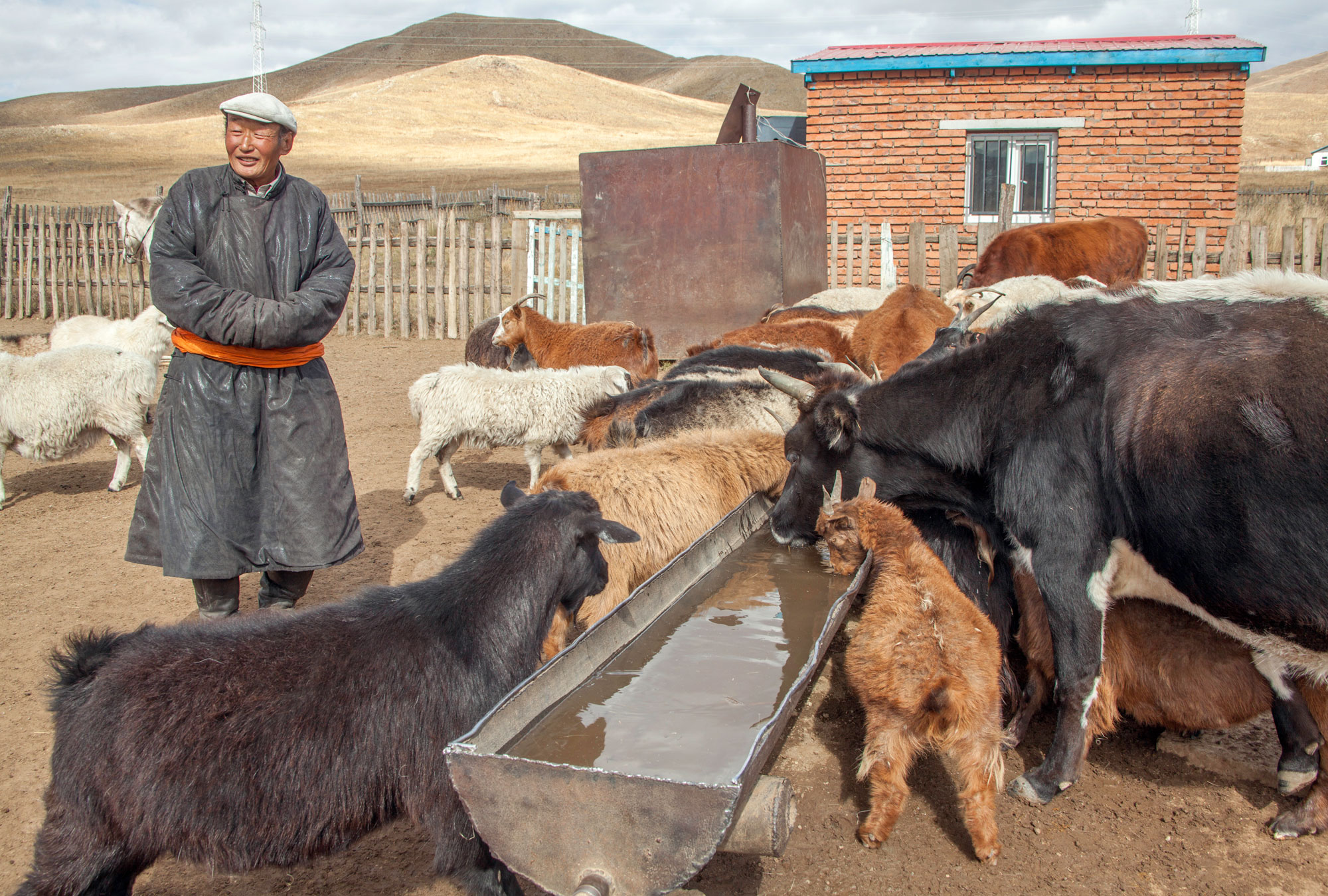 Researchers examined the effectiveness of having access to either group or individual loans in reducing poverty among rural women. In February 2008, XacBank loan officers partnered with the Mongolian Women's Federation (a large local NGO) to deliver information sessions to women in 40 villages in rural northern Mongolia. The information sessions explained that there was a 75 percent chance that XacBank would start to offer either group or individual business loans in their village. Women who wanted to participate could sign up and were asked to list potential groups of about 7 to 15 women each. Only women with less than 1 million Mongolian tgrg (US$869) in assets and less than MNT 200,000 (US$174) in monthly earnings were deemed eligible to participate. Following a baseline survey, 15 villages were randomly selected to receive access to group loans, 15 to receive individual loans, and 10 to serve as comparison village.

The interest rate for both group and individual loans varied between 1.5 and 2 percent per month, and was reduced by 0.1 percent after each successful repayment cycle. Both types of loans offered a range of amounts and maturity periods. The maximum size of the first loan to a group member was MNT 500,000 (US$435), while individual loans were often smaller in size. Before applying for a loan, groups had to build up savings equivalent to 20 percent of the loan amount. XacBank did not require collateral for individual loans, but accepted it if it was available; 91 percent of the individual loans were collateralized. Neither loan type required public repayment meetings or other mandatory activities besides repayment. Households had been borrowing for five months on average by the time of the follow-up survey in 2009.

Household consumption: Access to group loans led to more and healthier food consumption, while individual loans had no effect. Food consumption increased by 14 percent in households in group-lending villages, and households were also significantly more likely to increase their consumption of milk, bread, and nonalcoholic beverages.

Repayment rates: Both individual and group loans resulted in similar repayment rates, providing evidence against the hypothesis that microcredit repayment rates are high primarily because of public weekly repayment meetings. Collateral was used to guarantee the vast majority of loans, which may also have contributed to their high repayment rates.

News Coverage
On moneylenders and the poor
"This isn’t what we had once hoped it would be, so what should we do?"
Calls grow for a new microloans model
Critique of microfinance raises questions about efficacy, donor support of the industry
Does microfinance actually work?
If you read one thing about microfinance, read this
World Bank Group forum convenes partners to explore implications of latest research on microcredit
Microcredit doesn't live up to promise of transforming lives of the poor, 6 studies show
Policy Publications
Where Credit is Due