The Impact of Credit Scores on Lending in Colombia

Small and medium enterprises are seen as promising engines of job creation and economic development in low- and middle-income countries, but they often fail to live up to their potential because of barriers to growth, such as limited access to credit. Banks might be unwilling to lend to small enterprises if assessing the riskiness of loan applicants is too costly or difficult. Researchers used a randomized evaluation to measure the impact of introducing credit scores on lending to small enterprises in Colombia. The adoption of credit scores increased productivity in the loan approval process and improved credit allocation.

Small and medium enterprises (SMEs) are considered an important source of growth and employment in low and middle-income countries. However, small entrepreneurs face a number of barriers to expanding their businesses and employing more workers, including limited access to loans.1 These credit constraints may result from the high costs of assessing the riskiness of small loan applicants—when such costs outweigh the financial returns of lending, banks become reluctant or unable to offer loans to SMEs.2

High-income countries have responded to this problem through the adoption of credit scores—a statistic that summarizes a client’s payment ability in a single number. By making information simpler and easier to monitor, credit scores are expected to reduce the costs of assessing the risk of loan applications. Yet, relevant information may be lost in score-based lending, either because information may be difficult to quantify and include in a credit score, or because bank employees might feel encouraged to only rely on the credit score and disregard other pieces of information.

It is therefore unclear whether scores will always lead to better credit allocation, especially in lower-income contexts, where information about individuals’ financial history is scarce. Understanding if credit scores indeed make it easier for banks to assess the riskiness of applications is important to determine if they might be effective in improving access to lending and SME growth in low-and middle-income contexts.

Researchers evaluated the effects of credit scores through a partnership with BancaMia, a for-profit bank that lends to micro and small businesses in Colombia. Until 2010, BancaMia made lending decisions for each loan application based on information collected by loan officers in the field, the borrower's past credit history in BancaMia, and any available third-party information (e.g., the borrower's credit score from a private credit bureau).

Field information consisted of officers’ descriptions and estimates of business information, such as business sales. Officers also decided which applications would be brought to the bank for consideration and advised prospective borrowers on how to fill out the application, potentially encouraging riskier borrowers to request smaller amounts to improve the chances of approval.

Loan applications were reviewed by a credit committee, which could approve, reject, or make modifications to the loan’s amount and maturity, and interest rates were determined by the bank’s headquarters based on the type of loan (e.g., first-time versus repeat borrower, urban or rural loan).

In difficult cases, the committee could also refer the application to upper-level managers or postpone their decision until the loan officer collected more information. This overall review process was very expensive due to the high number of referrals and additional rounds of information collection, both of which imposed substantial staff costs. For a rough idea of referral costs, the base fixed wage of a regional manager was four to eight times that of a loan officer. Further, managers incurred communications costs to access information not reflected in the application, and their busy schedules often delayed loan processing.

In an effort to improve this process, BancaMia developed its own credit scoring model, which produced a score based on client information collected by loan officers. The scoring model incorporated both quantitative (e.g. gender, age, number of years in business) and qualitative (e.g. business income stability, as judged by field officers) information about applicants. 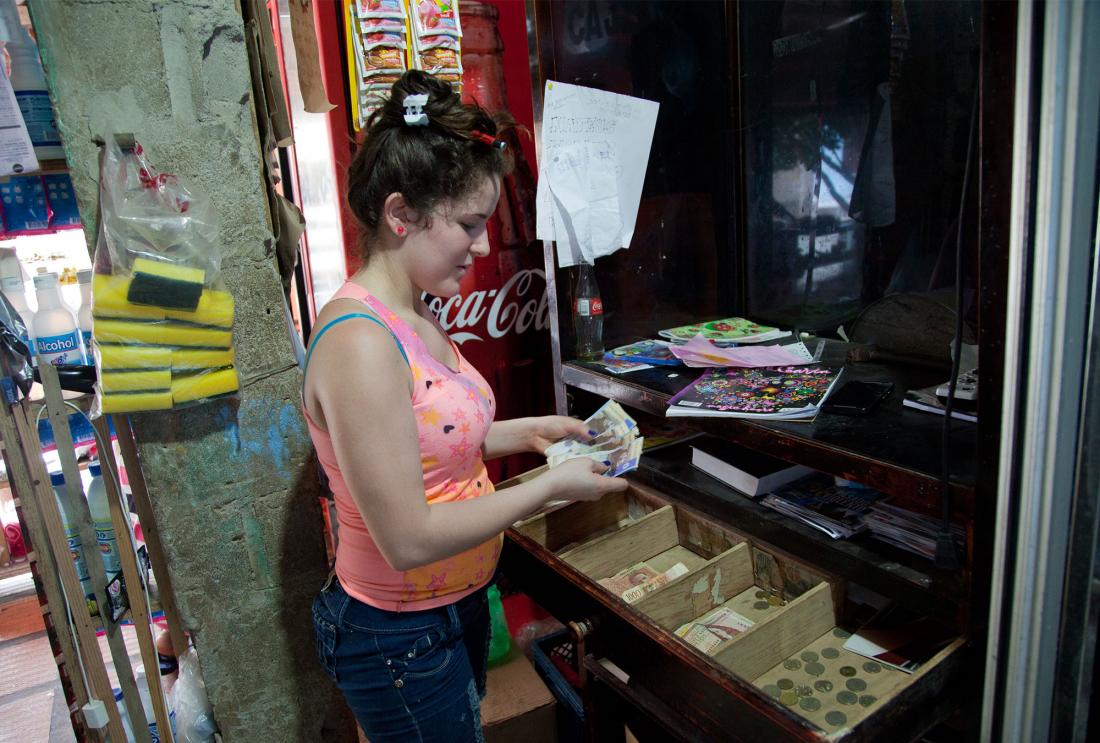 In collaboration with BancaMia, researchers evaluated the impact of introducing credit scores on the loan approval process and loan outcomes. They randomly assigned 1,422 loan applications from micro and small enterprises with new credit scores to one of three groups:

To evaluate whether early or late disclosure of credit scores affected credit committees’ decisions and performance, researchers collected information about various aspects of the loan approval process (e.g., committee time spent evaluating an application, the applications’ approval status, whether the approved applications were issued, etc.) as well as loan characteristics and default rates.

The adoption of credit scores, whether revealed earlier or later during the review of applications, increased productivity in the loan approval process and improved credit allocation.

Credit committee effort: Committee effort increased with both interventions. When provided credit scores either earlier or later into the review process, committees spent 16.2 percent more time evaluating the loan applications—a 0.76-minute increase relative to the average 4.7 minutes spent in the comparison group. Most of the additional time was spent on difficult cases (e.g., applicants that requested larger loans), indicating that committees took longer due to an increase in effort instead of a decrease in productivity.

Credit committee output: Higher effort and a lower need for additional information or help from managers translated into more output, measured as the fraction of applications in which the committee made a decision (i.e. accepted or rejected an application). Revealing credit scores either earlier or later into the application review process made the committee 4.6 percentage points more likely to reach a decision—a 5.2 percent increase relative to a base probability of 89 percent.

In particular, the anticipation of seeing a score in the late disclosure group increased the probability of committees making an interim decision by 3.9 percentage points and of reaching a final decision by 5.2 percentage points. Based on these estimates, 75 percent of the increase in output in this group occurred before observing the score. This suggests that committees might have already been sufficiently informed in the decision process without seeing any credit scores, and simply anticipating a score incentivized them to use this information more effectively to make more decisions.

Loan characteristics and allocation: Disclosing credit scores improved credit allocation towards better-performing loans. Branches saw a 1.2 percentage point decrease in default probability (a 12.6 percent decline from the comparison probability of 9.5 percent), a 1.5 percentage point increase in the ratio of the amount collected and the amount borrowed, and this same rate of repayments became more similar across loans.

However, these loans did not have a higher credit score, which means that improvement in loan performance is not due to a better selection of applicants based on their observable characteristics. This again implies that committee members’ decisions changed not because of new information from credit scores, but because the availability of credit scores encouraged committee members to use their information more effectively in the decision process.

Considered together, these results suggest that information technology solutions such as credit scores can increase lending productivity in low- and middle-income countries. Since this study, credit score-based lending for SMEs has continued to grow worldwide, and BancaMia has continued to use the loan selection process studied in this paper.