Default assignments influence behavior: from organ donation to retirement savings decisions, people tend to remain at their default assignment. In partnership with a mobile network operator launching a new phone-based savings account, researchers evaluated the role of defaults and financial incentives on savings decisions. Two months after the launch of the phone-based savings account, the company’s employees randomly assigned a default contribution rate of 5 percent were 40 percentage points more likely to contribute to the account than employees assigned a default contribution rate of 0 percent. Defaults worked to increase savings by simplifying the financial decision and avoiding procrastination.

Default assignments can impact behavior; from organ donation and vaccine use to exercise and retirement savings decisions, people tend to remain at their default assignment. Yet, researchers still have an incomplete understanding of why defaults work, particularly for retirement savings. Additionally, less is known about defaults and savings in low-income countries, where most of the world’s population resides and the economic benefits of increasing savings may be higher.

The lack of financial infrastructure has historically limited the relevance of default savings products in low-income countries. However, the recent proliferation of mobile money has the potential to provide billions of people without a formal bank account a financial infrastructure that could support the use of defaults. Can defaulting salary payments into a phone-based savings account encourage workers in Afghanistan to save more?

The formal financial sector in Afghanistan is small: in 2014, the first year of the intervention, there were 2.3 commercial bank branches per 100,000 adults nationwide.1 Relatedly, an estimated 90 percent of the adult population did not have an account at a formal financial institution in 2014.2 However, approximately 25 percent of Afghans reported saving in the previous year, primarily through cash or in-kind holdings. Mobile phones are prevalent throughout the country, with 75 mobile phone subscriptions for every 100 adults.

Roshan, Afghanistan’s largest mobile network operator, launched the mobile money platform M-Paisa in 2008. At the time of the intervention, M-Paisa had approximately 1.2 million registered users and was the largest mobile money network in Afghanistan. In collaboration with Roshan, researchers developed a new product for the M-Paisa mobile money system, called M-Pasandaz, which facilitated automatic payroll deductions and employer matching contributions using mobile money. Roshan subscribers who were paid via mobile money with M-Paisa accounts could enable a parallel M-Pasandaz wallet to have a portion of their salary automatically deposited into the wallet during each pay cycle. Through the study, researchers provided different versions of M-Pasandaz to all eligible Roshan employees. 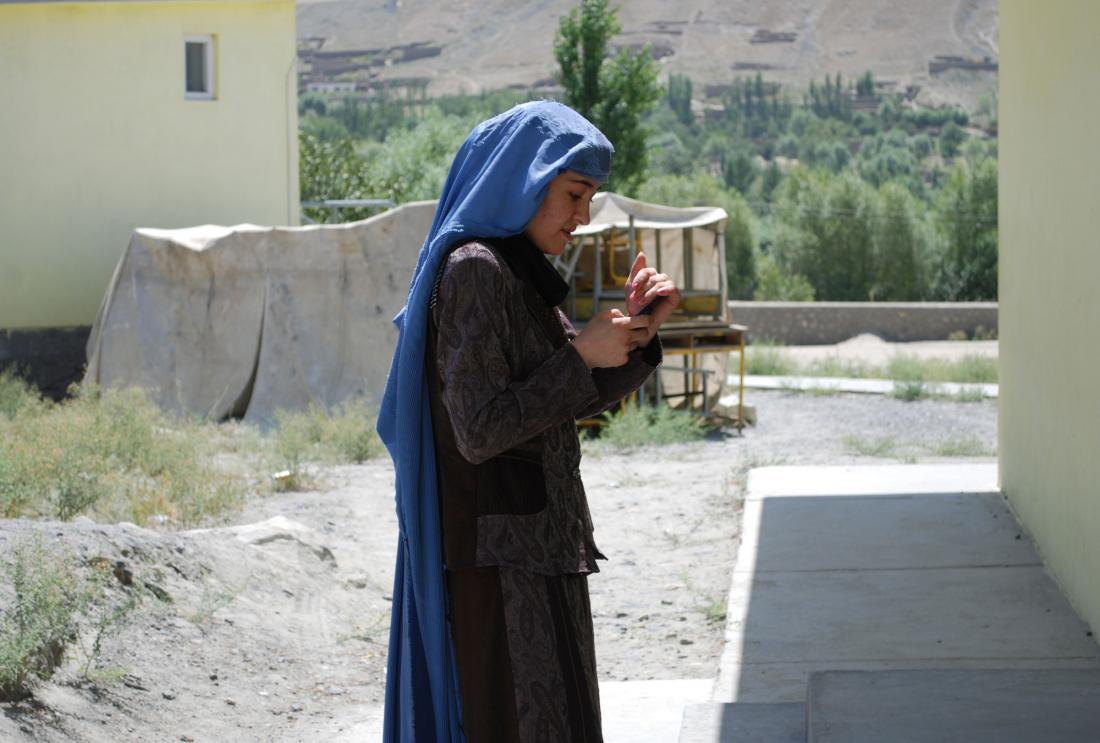 Roshan informed employees that they could change their contribution rate at any time to any value between 0 and 10 percent of their monthly salary.

Though employees were able to electronically withdraw money at any time, any withdrawal made during the initial six-month commitment period would forfeit an employee’s eligibility for matching incentive payments and eliminate the accrued matched savings from their employer.

This design yielded the following six groups in the sample:

Two months after the launch of the product, the researchers implemented three additional interventions aimed at encouraging employees to change their contribution from their default assignment:

At the conclusion of the six-month study period when all financial incentives ended, Roshan asked each employee if they would like to have a portion of their future salary automatically deposited into their M-Pasandaz account.

Researchers surveyed all employees participating in the study approximately seven months prior to the launch of M-Pasandaz and two months after the conclusion of the six-month commitment period. Over the study period, researchers also conducted four phone surveys with a randomly selected half of employees.

Defaulting employees into the savings program increased the likelihood that they contributed to the account by simplifying savings decisions.

Default assignments had large impacts on employee participation and savings: Over half of employees (52 percent) never changed their contribution rate after their default assignment. Two months after the launch of the product, employees randomly assigned to the 5 percent default contribution rate were 40 percentage points more likely to contribute to the M-Pasandaz account than employees defaulted to the 0 percent contribution rate (a 143 percent increase from a base of 28 percent). This effect of the default was roughly equivalent to the employer offering to match half of the employee’s contribution. Over the six-month study period, those in the 5 percent default contribution group saved on average an additional AFN 2,426 (US$40), roughly 10 percent of the median monthly wage.

Employees who were defaulted in continued to save: At the conclusion of the six-month study period, employees defaulted into the 5 percent contribution rate were 10 percentage points more likely than those defaulted out to actively decide to continue to contribute a portion of their salary to M-Pasandaz, a 25 percent increase from a base of 40 percent. Employees defaulted into savings also reported significantly higher levels of financial security, and two years later, their savings balances remained larger than those randomly defaulted out of savings during the study.

Defaults worked to increase savings by simplifying the financial decision and avoiding procrastination: Financial consultations led some employees to switch their contributions, particularly after hearing a company representative walk through different contribution scenarios during the consultation. This suggests that the cognitive cost of thinking through different savings scenarios was a meaningful obstacle to contributing to the savings account. Moreover, present-bias (i.e., the tendency to value immediate rewards over greater benefits in the future) may have exacerbated these cognitive costs, leading people to procrastinate in changing to a non-default contribution rate. Employees with present-bias were more likely to remain at their default assignment and to accept the financial consultation when it was offered a week away rather than the same day.

Limited attention was likely not a factor in this context, as neither monthly surveys nor SMS reminders impacted employees’ savings decisions.

Overall, these findings suggest that products like M-Pasandaz can create new options for improving the savings prospects of many people historically left out of formal financial ecosystems as electronic payment systems become more common.

Informed by the results of this study, Roshan added M-Pasandaz to their set of commercial products.

2 result(s)
Study: Left to devices, you can learn to save money
The Science Behind Why You Don’t Save (And What To Do About It)