The impact of financial incentives on female land ownership in Tanzania

Formal land tenure may be an important catalyst for economic development and for women’s empowerment, but the implementation of land reforms has had limited reach in many African contexts, and few women are legal land owners. Researchers conducted a randomized evaluation to measure the impact of unconditional price discounts and price discounts conditional on including a woman on formal purchased land titles in traditionally informal settlements in Dar es Salaam, Tanzania. Price discounts increased demand for formal land titles, and that demand increased by the same amount whether or not the discount was conditional on including a woman on the title. These results suggest that small changes in price structure can be an effective tool to increase women’s access to formal land titles.

Research suggests that land tenure formalization may be a potentially important catalyst for economic development and for women’s empowerment. During the 1990s and 2000s, nearly two dozen African countries enacted land reforms to extend access to formal land titles to millions of poor households. Many of these reforms included efforts to encourage gender equality, granting men and women equal access to land titles. However, implementation of such reforms has been limited; few households actually own formal land titles, despite the existence of a legal pathway to ownership. Moreover, female land ownership rates have remained low throughout the African continent. Can reducing the price of obtaining formal land titles induce more households to purchase land titles? Would making discounts conditional on including a woman on the land title increase female land ownership, or would it reduce households’ willingness to purchase titles altogether?

The 1999 Land Act created a legal pathway for both men and women to access formal land tenure rights in Tanzania. However, the reform has had limited reach to date—even in urban areas, the proportion of land covered by a formal title is less than 15 percent. This has been due, in part, to the high cost of formalization, which has kept land titles out of reach for the majority of urban poor.

In Dar es Salaam, formal land titles—known as certificates of right of occupancy (CROs)—are legally available to all residents but rarely acquired in practice. Furthermore, self-reported female ownership of land is low. Approximately 70-75 percent of all land registered with a residential license is done so with a single male name. 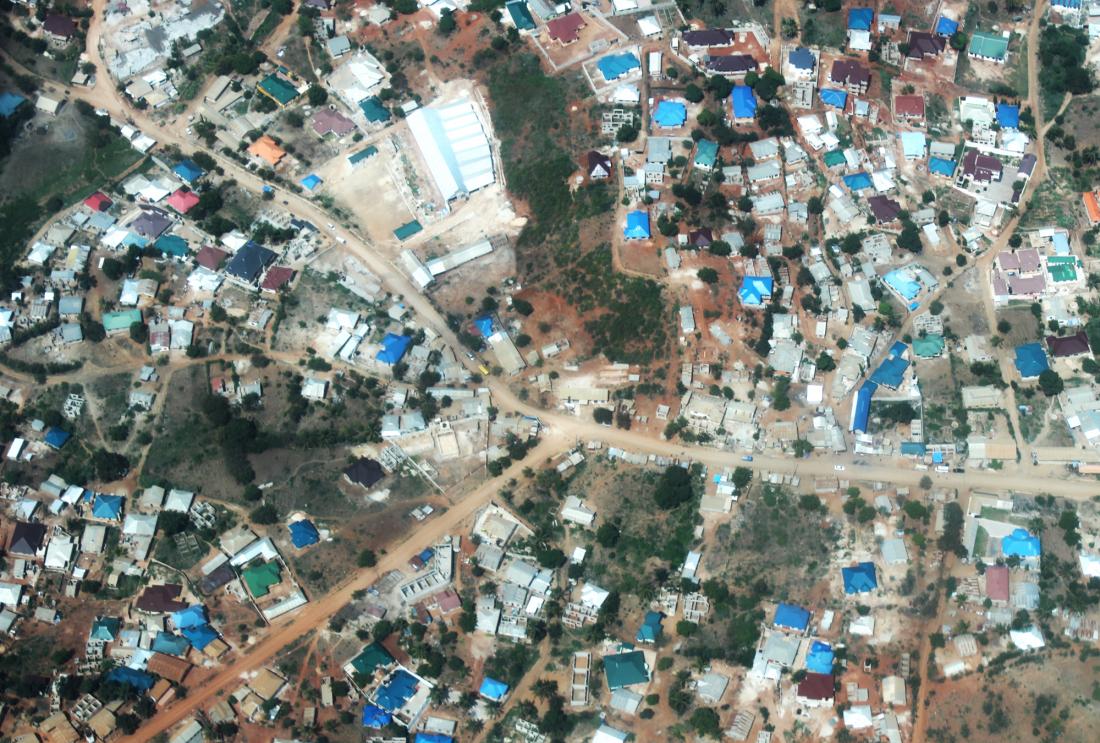 To increase access to formal land titles, the World Bank, in collaboration with the Ministry of Lands, the Dar es Salaam City Council, and the Kinondoni Municipality, contracted a private surveying company to survey approximately 1,100 parcels of land in randomly assigned blocks in Mburahati Barfu and Kigogo Kati settlements. These neighborhoods were selected based on their low levels of access to infrastructure and public utilities, as well as their lower rates of female land ownership.

Residents in the surveyed blocks were given the option to repay a heavily subsidized cost of 100,000 Tanzanian Shillings (US$67) in exchange for a land title. Residents in comparison blocks were still able to purchase land titles for the full government price, in excess of 500,000 TSh (US$335).

Within treatment blocks, households were randomly allocated up to two vouchers redeemable for different discount levels on title price:

Vouchers took on values ranging from zero to 80,000 TSh (US$54) in iterations of 20,000 TSh (US$13). The research team presented vouchers to households after short presentations by WAT about the benefits of title ownership and co-titling at a block-wide information session.

Voucher take-up: Offering price discounts increased resident demand for land titles. On average, researchers estimated that residents were willing to pay between US$40-50 to purchase a land title. An increase of 10,000 TSh (US$7), or 10 percent of the default CRO price, reduced the probability that residents would purchase a title by nearly 3 percent.

Co-titling: Price incentives were highly effective at motivating households to give women access to formal co-ownership of household land. While the unconditional voucher had no detectable effect on co-titling, receiving a conditional subsidy increased the probability that households included a woman’s name on their land title by 3 to 3.3 percentage points for every 10,000 TSh (US$7) increase in subsidy.

While general vouchers had a small positive effect on the total number of women listed on titles, given that the overall number of titles increased, conditional vouchers raised the number of women listed on titles by nearly twice as much. Nearly all households that received conditional vouchers listed women on titles, achieving near gender parity in land ownership with no reduction in demand for titles. While it remains to be seen whether strictly legal improvements in women’s land ownership will result in actual improvements in the lives of urban landowners, these findings suggest incentives may be an effective means of encouraging empowerment of women in the implementation of land titling schemes.

Unfortunately, after the evaluation concluded, the Tanzanian government implemented two policy changes that led to a delay in the disbursement of titles for the Mburahati Barfu and Kigogo Kati settlements. First, the government raised the price the NGO faced to process the applications. Second, following large-scale flooding in 2011, the Ministry of Lands decided to re-zone much of the study area as ineligible for formal land titles. As a result of these changes, no titles have been issued in either community; the project has begun offering residents the option to withdraw any contributions they had made towards a CRO.