Although millions of people with prior criminal convictions are eligible to vote, only a small fraction participate in the voting system. In a series of randomized evaluations, researchers sent targeted mailings encouraging people with criminal records to register to vote in North Carolina. This mail-based intervention increased both voter registration and general election turnout among people with past criminal convictions. Mailers alone were as effective as when paired with pre-stamped registration forms, indicating that simply providing information can increase voter participation among this population.

Voting is a key element of a democracy, yet millions of US citizens with criminal convictions are denied this right due to felon disenfranchisement laws. These laws have been in place in the United States since colonial times, and were expanded after the American Civil War to reduce the political influence of low-income voters and Black men who were more likely to be convicted for certain crimes. These historical efforts still affect the voting population today, with Black Americans 3.7 times more likely to lose their voting rights than the rest of the population.

Recent advocacy around felon disenfranchisement has increased public awareness and changed state policies. Between 2016 and 2020, state voter eligibility requirements expanded to re-enfranchise one million people with prior convictions, an estimated 20 percent of whom are actually registered to vote. This gap between eligible and registered voters may be explained by misinformation about eligibility, resource depletion, negative experiences with the state, or the sentiment that their voice does not matter. Traditional “get-out-the-vote” initiatives often aim to increase voter turnout among people who are already registered and, as a result, may miss eligible voters with conviction histories. There is little evidence on how to effectively reach and engage this population of voters.

Research suggests that people with past criminal legal involvement rarely vote even if they are eligible. At the time of the study, North Carolinians with prior felony convictions were eligible to vote if they were US citizens and had completed their sentence, including probation, parole, or post-release supervision. Despite this restoration of voting rights, 36 percent of people with past convictions in North Carolina were registered to vote in 2008, and 24 percent voted in that year’s election. This study aims to close the registration and turnout gap among people with a history of convictions who are eligible to vote by providing information about eligibility in the form of targeted mailers. 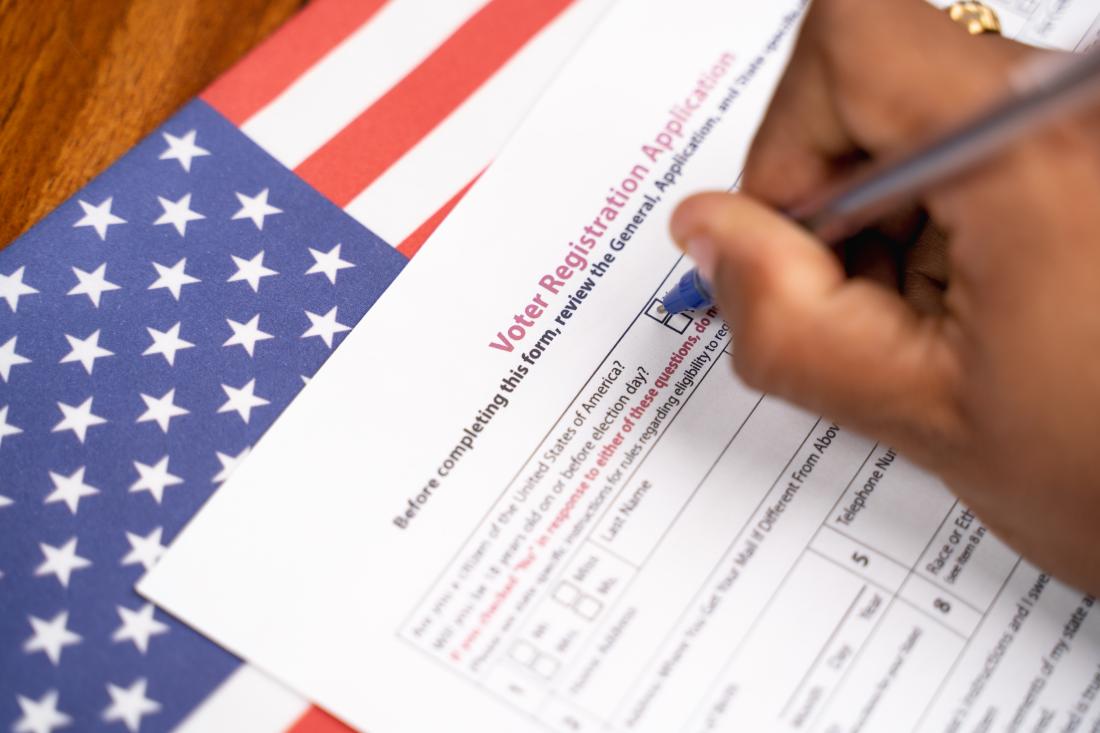 This study evaluated the impact of mailers targeted to people with conviction histories on voter registration and general election turnout. Mailers with information about voting eligibility were sent to households of people with past convictions who were eligible to vote.

Researchers assembled a list of participants using publicly accessible data from North Carolina’s Department of Public Safety and the North Carolina voter file to identify people who were convicted of a felony, had completed their sentence, and were not currently registered to vote. To find current addresses, researchers worked with a commercial data vendor. After sending the mailers to selected participants, researchers tracked voter registration and voter turnout at the general election via public voting records.

Researchers conducted a series of three randomized pilot studies to refine the mailers and methods for the main study. In these pilots, researchers sent different versions of their mailers to 36,968 people with criminal records. Across all pilots, receiving a mailer increased voter registration thirty days after receipt by 0.9 percentage points from a baseline of 1 percent (a 90 percent increase), but researchers found no additional benefit when mailers were accompanied by a call or text. As such, these logistically challenging and expensive methods were not used in the main study. One pilot did find that receiving a mailer with branding from a local nonprofit had a larger effect on voter registration 30 days after sending the mailers (1 percentage point increase from the baseline of 1.1 percent, an increase of 91 percent) compared to an unbranded mailer (0.7 percentage point increase from baseline of 1.1 percent, and increase of 64 percent) and the nonprofit branding was used as part of the basic letter in the main study.

In the main evaluation, 35,249 households with prior criminal convictions whose addresses could be identified via the data vender were randomly assigned to one of five groups:

Researchers sent mailers in early October 2020, then tracked voter registration and turnout at the general election in November 2020.

There were no significant differences in the effects of different types of mailers, suggesting that simply providing information can increase voter turnout. When the intervention was replicated targeting people in the same neighborhoods without conviction histories, researchers found no effect on voter participation. Comparing the results of this replication study to the primary study suggests that the impact of these mailers were particularly valuable to individuals with prior convictions.

White participants had the largest increase in voter registration after mailer receipt, with an increase of 1.3 percentage points from the baseline of 7.1 percent (an increase of 18 percent). As Black Americans are disproportionately affected by the criminal legal system, future research is required to evaluate interventions to engage eligible Black voters with criminal records.

This study demonstrates both a successful method to identify and contact members of a difficult-to-reach population and points to a low-cost, mail-based technique to increase voter participation among people with conviction histories. Mobilizing previously disenfranchised people to vote can have key relevance to groups and policymakers seeking to expand the electorate.

Use of results: Based on the results of this study—including the novel method to identify and contact eligible but unregistered individuals with criminal records in North Carolina—the research team is scaling this mail-based intervention to other groups and states. They are looking to test other outreach methods and understand what works best to engage Black and Hispanic residents in particular.