In many developing countries, women frequently leave school to marry and start having children at a young age. Researchers provided three years of recruiting services to help young women in randomly selected rural Indian villages get jobs in the business process outsourcing industry. Women who had access to these recruiting services were significantly more likely to be employed outside the home at the end of the three-year period and significantly less likely to have gotten married or had children.

In many developing countries, women frequently leave school, marry, and start having children at a young age. In India, nearly half of women now in their early twenties were married before the age of eighteen. Girls tend to drop out of school earlier than boys, and women are far less likely to work for pay or work outside of the home. These outcomes indicate low social and economic progress of women and may have consequences for poverty and well-being.

The availability of employment opportunities for women may play a role in influencing these outcomes. Parents may not invest as much in their daughters’ education as their sons’ if they anticipate fewer employment opportunities for educated women than men. Would parents change how they invest in their daughters and would young women’s aspirations change, if they learned that new, better job opportunities are available? When people learn about well-paying jobs for women, can this change decisions about young women continuing their education, entering the labor market, and delaying getting married and having children?

Over the past decade, the business process outsourcing (BPO) industry (e.g., call centers) has grown rapidly in India, creating a significant number of new, high-paying job opportunities for young people who can speak English and use computers.

Women hold a relatively large share of BPO jobs in India (close to 45 percent), which is high in comparison to the sex ratio for employment in most other industries. Employers have reported preferring hiring women for these jobs for several reasons, including that women interact with customers in a more pleasant way and that they believe women are more trustworthy than men. BPO jobs are also relatively well paid. Starting salaries with no experience ranged from 5,000–10,000 (about US$110–220) per month in 2003, twice the average pay for non-BPO workers with similar levels of education. However, since the industry was new at the time of the study, awareness about these jobs was limited, especially outside of urban areas. 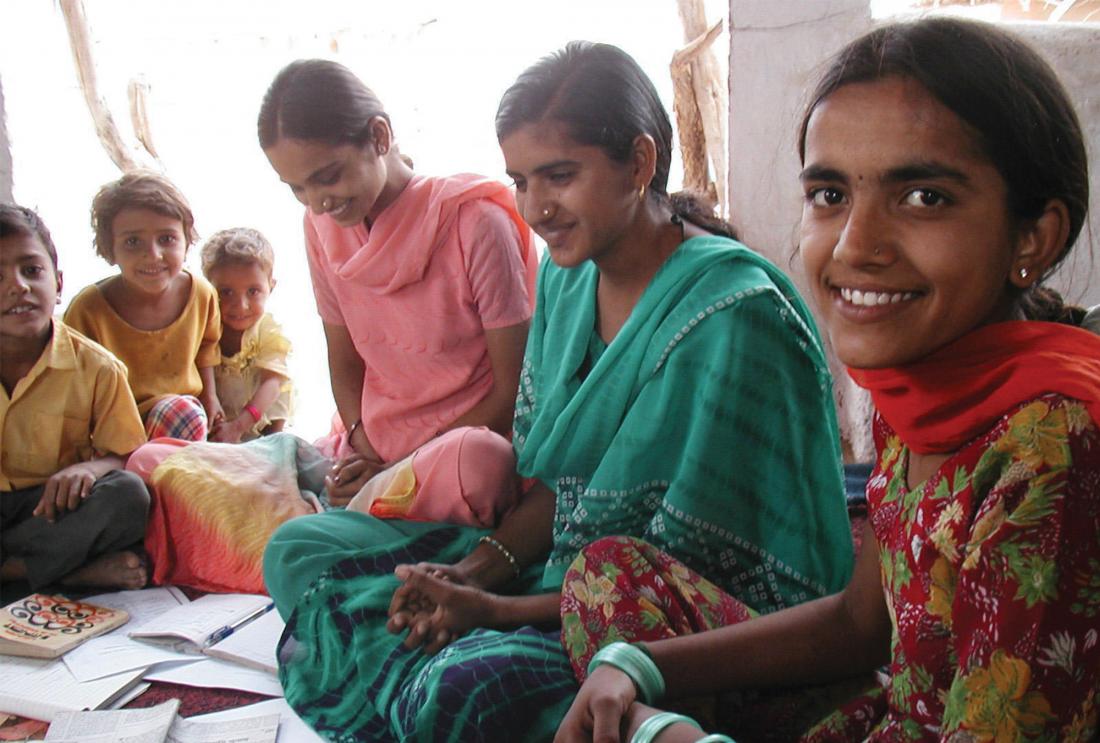 From 2003 to 2006, J-PAL affiliate Robert Jensen conducted an evaluation to test the impact both of increasing awareness of these jobs and of making it easier for qualified women to get them. He hired recruiters to visit villages where it was unlikely that people had been aware of BPO job opportunities. In districts located approximately 50–150 km from Delhi (in the states of Haryana, Punjab, Rajasthan, and Uttar Pradesh), 80 villages were randomly assigned to the treatment group, and another 80 villages were randomly assigned to the comparison group. Eight BPO recruiters, all with at least two years of experience, were hired from Delhi, and one recruiter was randomly assigned to visit each of the treatment villages.

The study surveyed a random sample of 3,200 households across the treatment and comparison villages, before and after the intervention. The surveys collected data on demographic and socioeconomic characteristics for the family members (e.g., age, sex, weight, height, and education), and for the adults in the family, it also included questions on marital, fertility, and employment histories. Self-reported data on school enrollment was verified by contacting the school the child attended. The survey also tracked and gathered information on individuals who left home between the survey rounds, such as for work or marriage.

Women aged 18 to 24 in treatment villages were 4.6 percentage points more likely to be employed in the BPO sector than their peers in comparison villages and 2.4 percentage points more likely to work at all for pay outside the home. This effect is fairly large, given that only about 28 percent of women in this age group had enough schooling to qualify for these jobs.

Girls were more likely to be enrolled in school.

Girls aged 6 to 17 at the end of intervention were 5 percentage points more likely to be enrolled in school in treatment villages than in comparison villages. These gains closed about 60 percent of the boy–girl gap in enrollment, as measured at the start of the intervention.

The children in the evaluation’s sample were fairly undernourished, with a very low average BMI relative to international norms. The treatment’s increase in BMI for girls was large, closing about 30–40 percent of the BMI gap between the girls in the sample and the wealthiest residents of Delhi. No change was found in either of these outcomes (school enrollment and BMI) for school-age boys in treatment villages.

In treatment villages, 3.3 percent of women aged 18 to 24 at the end of intervention were enrolled in private, feecharging vocational or training institutes teaching a range of subjects including computers and English (compared to 0.5 percent in comparison villages).

Women aged 18 to 24 from treatment villages expressed a greater desire to work for pay outside the home throughout their lives, both before marriage and long after marriage and childbirth. As Figure 2 shows, there was a significant increase (between 10 and 13 percentage points) in the desire to work during three of four life stages.

Women from treatment villages aged 15 to 21 at baseline—the peak age range for marriage and the initiation of childbearing in rural India—were 5 to 6 percentage points less likely to get married or to have given birth over the three-year period of the intervention. This is a fairly large effect in absolute terms and relative to the 29 percent of women in the comparison group who remain unmarried at the end of the intervention. Although this evaluation could not assess the long-term impact on fertility, women in treatment villages reported wanting to have 0.35 fewer children in their lifetime than the comparison.

While many policy debates about women’s empowerment emphasize social and cultural factors, this study demonstrates that economic opportunities for women can reduce the disparities between women and men in education and employment. While the simple intervention examined in this study (annual recruiting visits) did not create new jobs, it helps us understand the underlying decision-making processes within families and the possible impact of real, sustained gains in job opportunities for women.

Parents are willing to invest more in girls in anticipation of greater employment opportunities far in the future.

For at least some girls, it is low demand, rather than poverty or high fees, that keeps them from school. As in the case of this study, some parents are not investing in their daughters because they did not see an economic value to doing so. But when presented with clear and salient evidence of future job opportunities, parents kept their school-age girls in school longer and made greater investments in their nutrition and/or health.

Similarly, an evaluation in West Bengal, India found that having a woman chair the local village council significantly increased parents’ aspirations for their daughters and female adolescents’ aspirations for themselves. Exposure to these female leaders also increased school enrollment and literacy for girls, erasing the gender gap in these outcomes. For more details, see the J-PAL Policy Briefcase, “Raising Female Leaders.”

Women’s education, marriage, and fertility outcomes may change, even in the absence of policy interventions.

Rapid growth in white-collar service sector jobs, typical of emerging economies such as India, is likely to continue generating a greater demand for educated female labor and a corresponding increase in female labor force participation.