In many rural economies, small farmers lack access to information on farming best practices, weather forecasts, and pricing. Increasing access to agricultural information may help farmers not only improve their cultivation practices, but also negotiate better prices with traders. Researchers partnered with Thomson-Reuters to evaluate whether receiving information through SMS messages generated economic benefits for farmers in India. Results showed no effect of the intervention on prices, crop losses, or cultivation practices. However, increased access to information seems to have influenced the places where farmers decided to sell their output.

In rural settings, information can be a valuable asset for small farmers. Access to market prices during harvest time, for example, may improve farmers’ ability to bargain with traders, leading to potentially higher profits.1 Weather information, on the other hand, may help farmers reduce crop losses due to storms, while crop advisory information may encourage farmers to adopt new crop varieties and improve cultivation practices. As a result of better crop management, reduced losses, or improved quality, farmers might also increase their profits.Several private and public programs in different contexts have developed innovative interventions to improve agricultural production and profitability through information dissemination, including through SMS messages.2 Despite the positive expectations regarding the economic benefits of information, little is known about how these types of interventions affect farmers’ economic outcomes and behaviors. Do farmers really benefit from SMS-based market information and, if so, how?

This evaluation took place in the central region of Maharashtra, India. Farmers in this area traditionally obtain information on agricultural production and prices from their own observations and experimentation or through conversations with other farmers. However, this information may not always be accurate or reliable, resulting in low profits or crop losses.

Farmers in India have access to a number of services that provide agricultural information. Among these, Reuters Market Light (RML)–offered through the Indian branch of Thomson-Reuters–distributes price, weather, and crop advisory information via SMS messages at a low monthly cost (approximately US$1.50 per month in 2009). RML subscribers receive between 75 and 100 SMS messages per month on a range of content including market information, weather forecasts, crop advisory tips, and commodity news.

At the time of this evaluation, Reuters had approximately 25,000 RML subscribers in Maharashtra. However, from 2007–when the service was launched–to 2010–when this evaluation ended–only 0.4 percent of the total farmer population subscribed to RML. 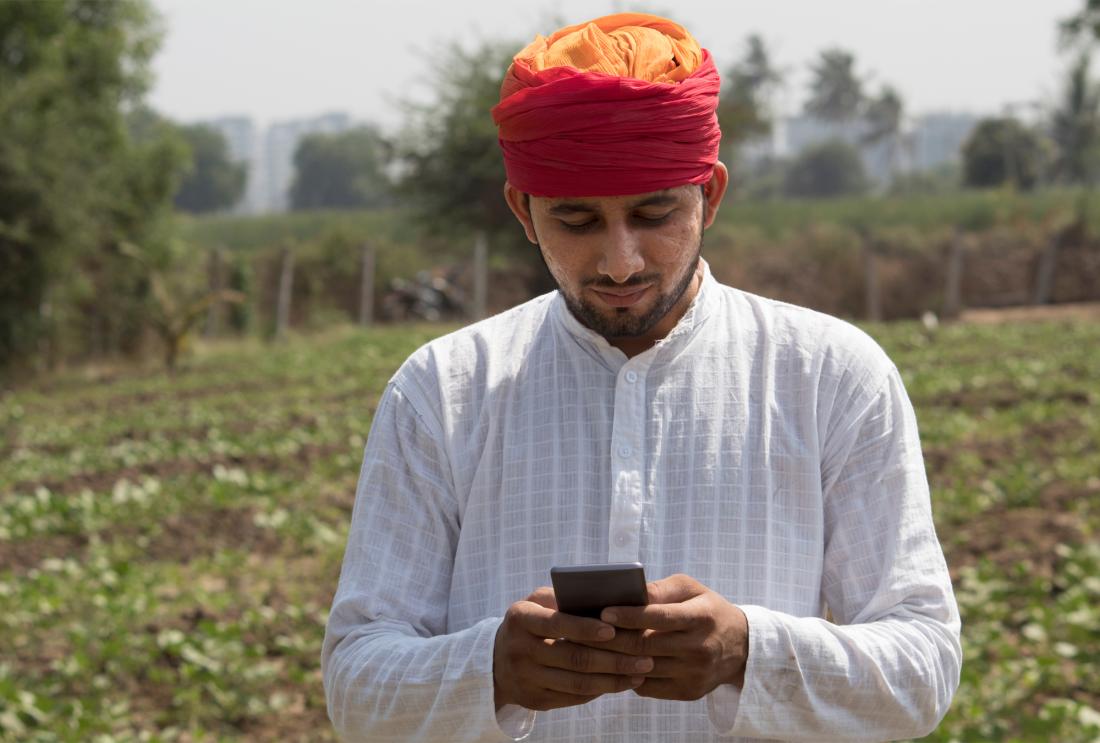 The study focused on five types of crops grown in the central region of Maharashtra: tomatoes, pomegranates, onions, wheat, and soybeans. For each of the five crops, researchers selected one district where the crop was widely grown by small farmers for sale. They selected a total of 100 villages–20 in each of the five districts–located in areas not previously targeted by RML marketing campaigns. Ten farmers were then chosen from each village for surveying, yielding a total sample of 1,000 farmers.

Counter to the hypothesis that agricultural information generates economic benefits for farmers, researchers found no effect of RML on prices, crop losses, or cultivation practices. However, the intervention did influence the places where farmers decided to sell their output.

Researchers observed limited adherence to the RML service: Only 59 percent of farmers offered the RML service reported actually subscribing and completing the necessary activation sequence on their phones. When asked why they did not use the service, some farmers indicated that they believed they would be charged for service later on. Others noted they were unable to use it due to changes in phone number or migration—for example, a household member leaving the farm and taking the phone number with them.

Receiving information did not affect farmers’ economic outcomes overall: Access to RML information had no effect on the crop prices farmers received. Counter to the researchers’ initial hypothesis, providing farmers with information did not enable them to negotiate better prices with traders. This might have happened because farmers sold their crops almost exclusively to a wholesale agricultural market nearby, limiting opportunities for negotiation and spatial arbitrage. In addition, it did not decrease the likelihood of crop losses resulting from rainstorms or induce farmers to change crop varieties or cultivation practices. However, different effects were found for young farmers: those who subscribed to the RML service received a price about 6 percent higher on average suggesting that less experienced farmers gained something from RML.

Information had an effect on where farmers sell their crops: Researchers found evidence that farmers who used the RML service were more likely to sell at more a distant wholesale market or mandi (markets where prices are regulated by the state). This suggests that RML helped some farmers realize they could obtain higher prices for their crops by traveling to more distant markets, rather than by selling at a closer market or on their own farm.

Based on the evidence provided by this evaluation, the World Bank decided not to launch a large-scale project extending phone-based price information to all extension agents in India.