Soft skills are predictive of success in the labor market, yet firms often struggle to find workers with these skills. In addition, there is little existing evidence on the effectiveness of training programs on improving workers’ soft skills along with firm productivity. Researchers found that, for female sewing workers in the largest private garment exporter in India, participating in a training program improved their soft skills and productivity and the firm experienced high financial returns.

Soft-skills such as teamwork, leadership, and relationship management are often associated with success in the labor market. Workers with good communication and relationship skills, for example, may be able to resolve issues with other team members more effectively, as well as relay information in a productive way to supervisors. However, firms often struggle to find workers with highly developed soft skills. Firms are also often reluctant to invest in their workers’ soft skills since more productive workers may leave the firm for better wages elsewhere.

Apparel is one of the largest export sectors in the world and is vitally important for the economies of several large developing countries. India is one of the world’s largest producers of textile and garments, with export value totaling US$10.7 billion in 2009-2010. Workers in this sector are usually young rural-migrant women, with no or few skills.1 Shahi Exports, Private Limited, the firm with which researchers partnered to do this study, is the largest private garment exporter in India and the single largest private employer of unskilled and semi-skilled women in the country. Nonetheless, women’s labor force participation remains very low in India: the country ranks 120th out of 131 in female LFP.2

The program studied in this evaluation, entitled Personal Advancement and Career Enhancement (P.A.C.E.), was designed and first implemented by Gap, Inc. for female garment workers in low-income contexts. Shahi Exports participated in the original design and piloting of the program as one of the largest suppliers to Gap. In this evaluation, the P.A.C.E. program was implemented among workers from the sewing department in five factories in the Bengaluru area which had not yet adopted the program. Sewing department workers made up about 80 percent of the factory’s total employment. The average worker was around 27 years old. Over 60 percent were high-school educated and spoke Kannada. 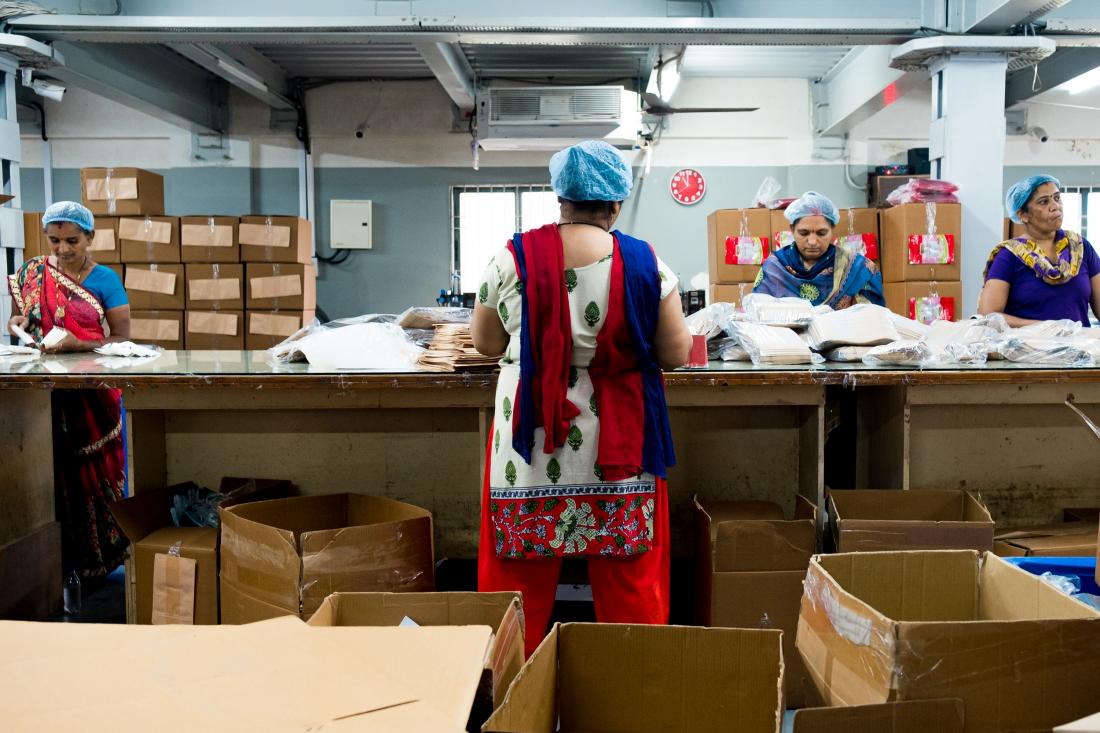 Researchers partnered with Shahi in Bengaluru, India, to evaluate the P.A.C.E. program. Participants were chosen from a pool of workers who expressed interest in and committed to enroll in the program. The workers were informed that the training was oversubscribed and that a subset of workers would be chosen at random from a lottery to receive the training. Those who  did not get selected would be granted the right to enroll in a later lottery for the next training batch.

The P.A.C.E program aimed to impart skills to female garment workers via training in a broad variety of life skills, including modules on communication, time management, financial literacy, successful task execution, and problem-solving. After all modules had been completed, there were two review sessions reiterating concepts from early modules and discussing how participants could apply their learning to personal and professional situations. Workers participated in two hours of training per week.

From January 2013 to February 2015, researchers collected data on workers’ productivity, salary, retention, and other workplace-related outcomes.

The training improved workers’ soft skill in several dimensions: Women with access to the training showed a pronounced increase in extraversion, which may also have impacted productivity via improvements in the ability to communicate and solve issues collaboratively with peers and supervisors. They were also more likely to request and complete technical skill development trainings, generating complementary improvements in “hard” skills. Finally, the training increased women’s self-assessment of workplace quality and their self-regard.

Workers with access to the training were more productive and more likely to be assigned to complex tasks: Access to the soft skills training increased female workers’ productivity – measured as garment pieces produced divided by the target number of pieces – by nearly 11 percentage points (a 20 percent increase relative to the comparison group mean). Workers with access to the training were also assigned to more complex tasks. Given their higher productivity in these more time intensive tasks, researchers believe that the program improved non-cognitive skills, like time management, goal setting, and team work. Moreover, these enhancements in productivity and ability to perform complex tasks lasted up to eight months after the program ended, suggesting that learned skills translated into persistent improvements in workplace outcomes.