Incentives for Milk Cleanliness and Production Quality in Indian Cooperatives

Much economic activity in low-income countries takes place through cooperative or collective organizations. Researchers in the Indian state of Karnataka conducted a randomized evaluation to study whether collective incentive payments to village cooperatives of dairy farmers could increase milk quality by reducing microbial contamination. Incentive payments increased cleanliness and point to the importance of leadership and social networks in cooperative production. However, a third of cooperative managers declined payments when they had to publicly disclose them.

In rural areas throughout low- and middle-income countries, cooperative agriculture is a popular way for farmers to pursue an entryway to markets with higher prices. Farmers organize into groups (cooperatives) to jointly purchase materials and market their products. However, while cooperative arrangements between farmers allow for increased market access, the pooling of produced goods can make it hard to track individual farmers’ production practices, and therefore enforce regulation such as hygiene standards. Increased production quality, though difficult to enforce on the farmer level, may also allow access to larger markets and economic returns. How do financial incentives applied at the agricultural cooperative-level affect the quality of products and cooperative revenue? Further, how does public disclosure of information on incentives affect its role in improving quality?

Cooperative structures for milk production are common in the Indian state of Karnataka, where this evaluation took place,, with the dairy sector comprising over 2.4 million dairy producers in over 22,000 villages. Typical farmers in the dairy sector own one or two milk-producing cows and earn between 20 and 30 percent of their income from dairy activities. Village-level cooperative societies, typically consisting of approximately 50 to 100 milk producers, aggregate the dairy output from smallholder farmers in the village. The pooled milk is then delivered to processing facilities for packaging and sale.

The cooperative’s milk quality has implications for farmers' revenues. Microbial contamination of milk lowers the overall profitability, and thus dairy farmers’ incomes, by limiting the potential uses of raw milk. Farmers and the collective as a whole can limit such contamination by sticking to basic sanitary practices such as washing hands before milking and sterilizing both individual and cooperative collection equipment. However, the decentralized cooperative structure makes enforcing sanitary practices on an individual level difficult.

Dairy cooperatives in Karnataka are managed by an elected president and secretary, who are generally wealthier (in the case of presidents) and more highly educated (in the case of both) than other cooperative members. Indian law mandates that surplus profits from the collective be distributed across members, but in practice, these leaders have broad discretion over cooperative funds, and most farmers could not remember receiving bonuses in a pre-intervention survey despite consistent surpluses. 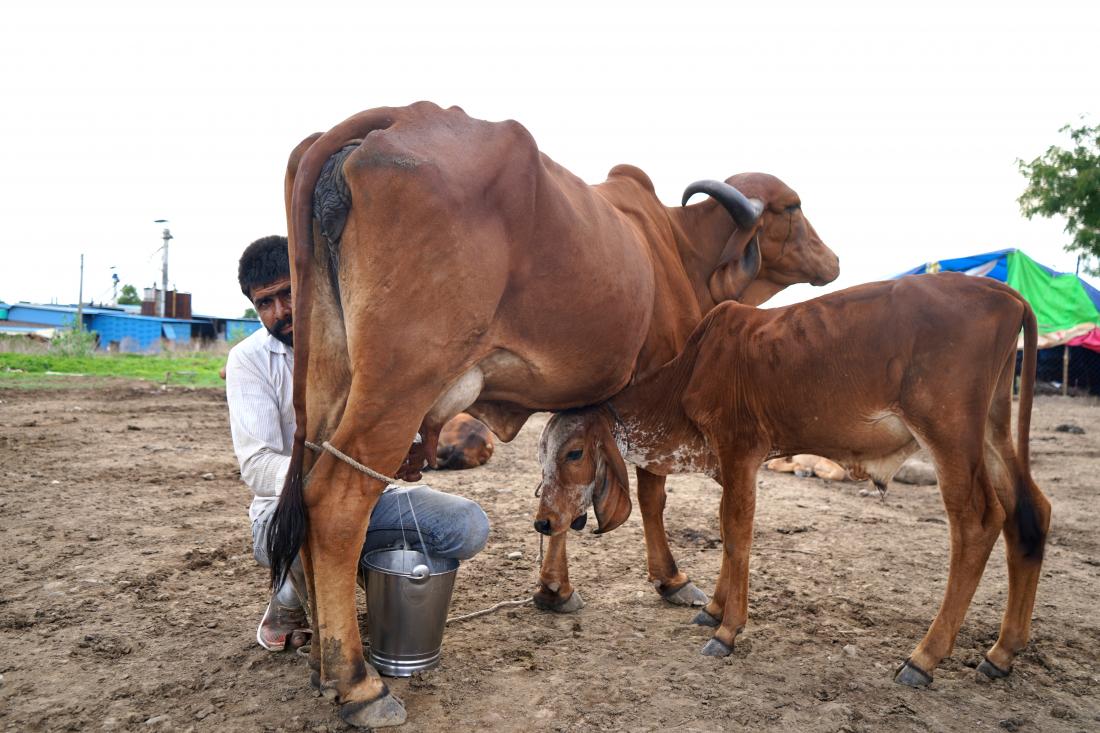 Researchers in the Indian state of Karnataka conducted a randomized evaluation to study whether collective incentive payments to village cooperatives of dairy farmers could increase milk quality by reducing microbial contamination.

Among the 32 cooperatives assigned to receive incentive payments, researchers further randomized them into two groups:

•  Public incentive group (13 cooperatives): A random subset of cooperative members, as well as the president and secretary of the cooperative, learned about the existence of incentive payments for low levels of microbial contamination.

•  Private incentive group (19 cooperatives): Only the local cooperative secretary and president learned about the existence of incentive payments for low levels of microbial contamination. The president and secretary could choose to share this information with other members of the cooperative at their discretion.

Researchers conducted surveys on farmers both before and after the intervention, asking a range of questions regarding their income, demographics, practices around dairy production, and views toward their cooperative leaders. Researchers also tested milk quality four times within each cooperative. The intervention took place between July 2014 and August 2015.

Results indicate that incentive payments for village cooperatives substantially reduced the microbial contamination of milk. However, many managers in the public incentive group chose to forgo incentive payments, even though these payments almost certainly would have resulted in more money for the cooperative, suggesting that they benefit from the concealment of information.

Cleanliness: Microbial contamination decreased among village cooperatives that were assigned to receive incentive payments. Average cleanliness improved by 0.64 standard deviations in the private incentive group. This represents an 81 percent increase in the fraction of raw milk suitable for more profitable processing such as cheese or yogurt, from 16 percent of cans being suitable to nearly 30 percent of cans being suitable.. Meanwhile, incentive payments only amounted to 1 percent of the average revenue, meaning that increases in quality were induced relatively inexpensively.  Researchers did not observe any changes in the group of cooperatives assigned to publicly disclose information about the incentive payments.

Quantity: In the villages where incentive payments were publicly announced, dairy farmers increased their production by nearly 16 percent. Researchers suggest that these farmers may have increased production with the expectation of receiving a portion of revenue from the incentives. However, following the intervention, those in the public and private incentive groups do not report any higher levels of bonus payments than those in cooperatives that did not receive incentives.

Forgone payments: Seven of the secretaries in the public incentive group opted to refuse the payment rather than allow it to be made public, all after first requesting that the incentive be private instead. These cooperatives tended to have lower milk quality at baseline, as well as lower management quality across several metrics. They declined this incentive despite the fact that they would have likely received payments even without changing any of their production practices.

On the whole, these results suggest that collectives can be induced to improve quality through group-level incentives. This quality improvement could take place even without the knowledge of a majority of group members, perhaps through informal influence by managers. However, group leaders may be threatened by public information, even refusing payments to maintain financial privacy. This suggests a potential conflict between efficiency at the aggregate level and the distribution of payments within cooperatives.

The project was implemented as a pilot in a few talukas (administrative units) of Dharwad district, Karnataka. With the insights from the study, researchers plan to approach KMF in the future and other similar organizations within Karnataka or elsewhere for replication, and explore other mechanisms to improve production outcomes.