Despite increasing urbanization, many cities in developing countries suffer from a poorly connected public transport network. This may limit employment opportunities for the poor due to high costs of travel and constrain the mobility of women if they face barriers to using other forms of transportation. Researchers are partnering with Lahore Transport Company (LTC), the public vehicle operation regulator, to introduce routes for small vehicles, known as wagons, that feed into a bus rapid transit system and will reserve a portion of wagons for women only. Researchers will evaluate the impact of these investments in public transportation on employment outcomes as well as on women’s empowerment.

Despite increasing urbanization, many cities in developing countries suffer from a poorly connected public transport network, which can increase the cost of traveling to job opportunities, particularly for poorer households and peri-urban areas. In theory, a well-connected citywide public transport network can contribute to economic development by reducing transport costs and travel time, as well as facilitating the activities of firms and workers. More research is needed, however, to measure the impacts of public transportation improvements on economic outcomes, including employment.

Inadequate public transportation often affects women in particular, and limited mobility may constrain women’s empowerment. Social taboos or security concerns that prevent women from easily accessing the network may limit women’s ability to choose whether and how to work outside the home. Poor access to public transit may also affect their ability to move freely for other purposes, including accessing public services or social and civic engagement. While a number of countries have implemented women-only transportation services, little evidence on women’s use of public transportation or on the impacts of women-only transport services exists. Can investments in public transportation networks improve access to employment opportunities, and in particular, can women-focused investments encourage mobility among women?

This evaluation takes place in Lahore, Pakistan. Like many cities in Pakistan, the urban infrastructure of Lahore favors private vehicles, due to prevailing policies over the previous decades. Previous research suggests that Lahore’s existing infrastructure imposes a burden on poor and peri-urban would-be commuters, as workers residing in small cities surrounding Lahore do not seek or secure employment in the city proper. To address the need for improved public transportation, the Government of Pakistan is introducing Bus Rapid Transit (BRT), or dedicated bus lanes, in all major cities. But within Lahore, the need to develop an expanded public transport system that links with the BRT remains.

Social and safety concerns in Pakistan further limit women’s transportation options. Women are largely prevented from using bicycles or motorcycles, driving in rickshaws alone, or riding public vehicles that are crowded with men. Recognizing this, the government launched women’s-only service on two lines and created separate compartments for women on other large buses. Separating genders within smaller vehicles, or wagons, serving less dense areas is not feasible, however, so at present wagons remain mixed-gender along many routes. 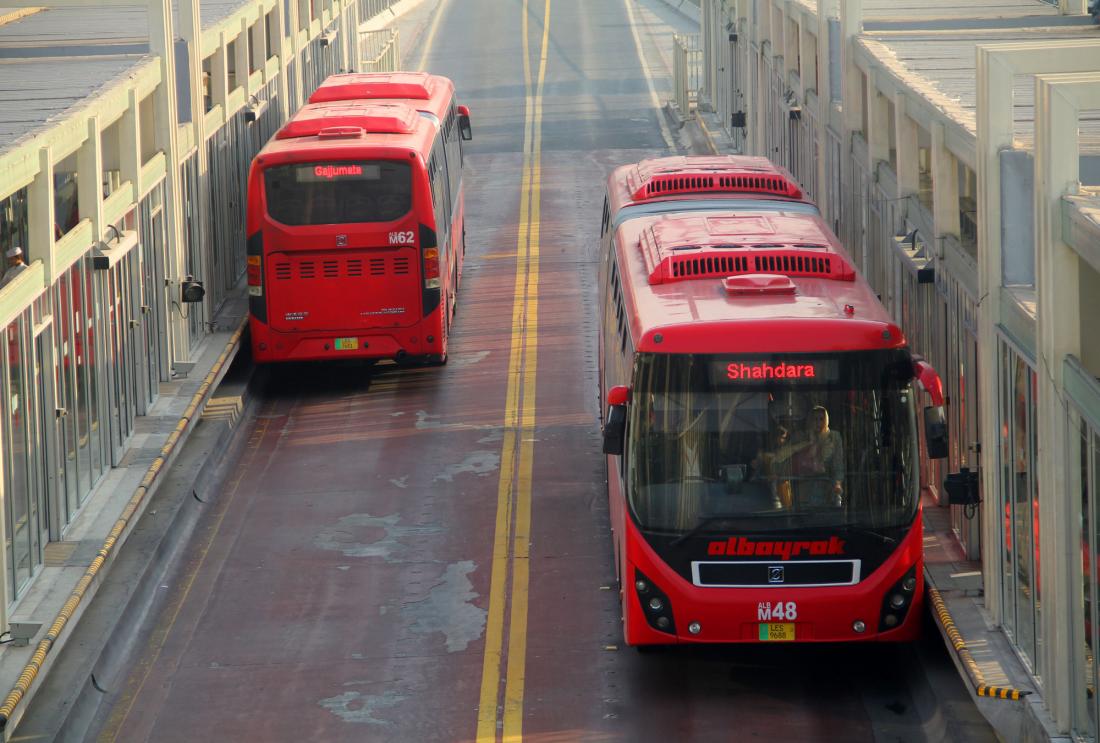 Researchers are partnering with Lahore Transport Company (LTC), the local government body that regulates public vehicle operation, to evaluate low-cost feeder routes, or small wagons that operate on short routes and eventually link to the main BRT line, with a portion of wagons reserved for women only. Researchers will measure the impact of these feeder routes on employment outcomes as well as on women’s mobility and empowerment.

Using GIS mapping, researchers will first identify areas that are un- or underserved by the existing public transportation system and develop plans for 80 potential routes. Researchers will randomly assign each potential route to one of four groups, with any changes to service to continue for nine months.

To evaluate the impact of reserving wagons for women only, researchers and LTC will randomly assign twelve potential routes to incorporate women-only wagons. For each of the routes in this treatment group, mixed-gender wagons will be introduced if the route does not currently have service and will continue service if mixed-gender wagons already exist. The comparison group will consist of 28 routes served by mixed-gender wagons only.

Additionally, researchers will randomly assign some households within areas covered by a potential route to receive a discount card that reduces the cost of the trip by different amounts in order to determine demand for public transportation at different prices.

To measure hours worked, job search activities, and commutes, researchers will obtain information from a total of 9,000 households through brief bi-monthly phone surveys as well as supplemental data from the Directory of Industries and Census of Manufacturing Industries. Administrative data from LTC will track the usage of the wagons and the redemption of the discount cards.