The vast majority of low-income individuals around the world save, yet they often do so informally – even when research findings suggest that accessing savings accounts at formal institutions can help low-income households increase their savings, investments, and ultimately their income. Could temporary interest rate incentives increase formal account use among the poor? A randomized evaluation in rural Kenya found that offering higher short-term interest rates on a savings account substantially increased bank account use 2.5 and 3.5 years after the promotional rate ended. Offering the interest rate promotion on individual bank accounts also increased household income through growth in entrepreneurship, while offering the promotion on joint bank accounts led to greater spousal agreement on financial matters.

The vast majority of the world’s poor lack access to formal financial services. Recent estimates suggest that 80 percent of individuals in Sub-Saharan Africa are unbanked.1 Yet this lack of access does not reflect an inability or unwillingness among households to save. Instead, low-income households in developing countries tend to save informally, often by keeping money with informal deposit collectors or saving cash at home, even though doing so can be quite costly.2 At the same time, a growing body of literature suggests that increasing access to the formal financial services, and access to savings products in particular, can increase savings, investment, and income.3 Understanding why households find saving so difficult and how to address the challenges is an important policy question. Short-term, promotional incentives may be one way to trigger changes in savings habits, but there is limited research into actual effectiveness.

Many people in Western Kenya save, but few do so formally. At baseline just 22 percent of study participants had a bank account, but nearly all participants saved in some fashion—87 percent saved in cash at home and 58 percent saved through an informal savings and credit association. Individuals reported an average income of Ksh 4,602 (US$58) per month, although the median income was much lower, at Ksh 2,167 (US$27). The most common occupations were subsistence farming and small-scale entrepreneurship, each accounting for 41-42 percent of respondents.

Before the evaluation began, Family Bank, a formal bank in Kenya that offers financial products tailored to the needs of lower income savers, started offering new, low-fee accounts. Like most bank accounts on the market, however, the account did not offer any interest on deposits, which, given the inflation rate in Kenya, means money not earning interest loses purchasing value over time. 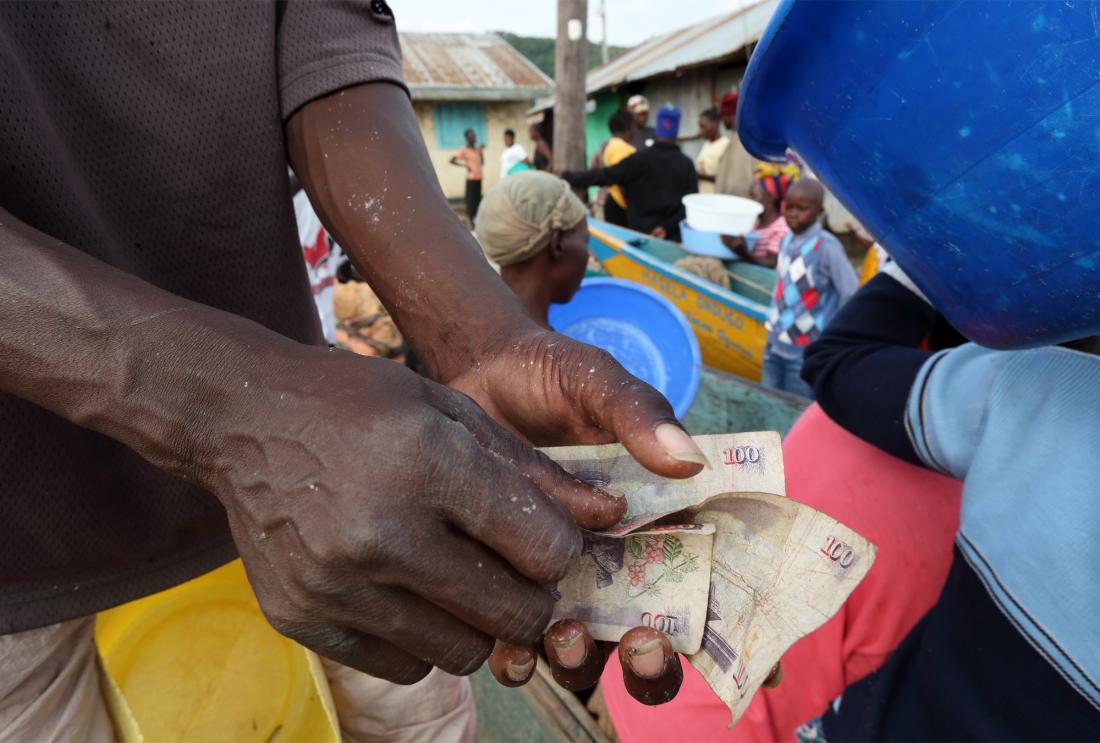 The researcher partnered with Family Bank to evaluate the impact of temporary incentives to save on bank account use, income, assets, entrepreneurship, and decision-making. She gave 779 low-income married couples (1,558 individuals), recruited from rural areas near Family Bank’s Busia branch in Western Province, the opportunity to open up to three bank accounts: a joint account, an individual account for the husband, and/or an individual account for the wife.

Before the offer, each account was randomly assigned to qualify for one of four temporary, six-month interest rates. Individual accounts were assigned to an annual interest rate of either 0, 4, 12, or 20 percent, while joint accounts could receive an annual interest rate of either 4,12, or 20 percent. At that time, most formal financial institutions offered no interest on small-scale savings balances, and, at best, participants could have earned 0.5–2 percent annually elsewhere. The interest rates were purposely chosen to exceed market rates by a large margin to encourage account use and increase savings.

After opening their preferred bank accounts, all individuals participated in a final drawing for a “cash prize,” with payouts ranging from Ksh 10 (US$0.13) to Ksh 300 (US$3.78). From those who were awarded the prize, 77 percent chose to have their payouts deposited into the newly opened bank accounts, even though accessing these funds would require payment of the Ksh 62 (US$0.78) withdrawal fee. This suggests that most individuals saw some value to the bank accounts and intended to use them for saving.

This research suggests that temporary financial incentives to save can generate sustained changes in savings and investment behavior, and that these changes can translate into impacts on income in the long-run. It is also important to highlight that it was not only the size of the incentive that mattered, but how it was delivered, e.g. individual or joint savings.

Finally, the cash prize had large impacts on overall rates of account use: participants who received the cash prize individually were 52 percentage points more likely to use their accounts – a 48.6 percent increase from the 35 percent use rate among the comparison group, which received no interest and no cash prize. In addition, the prize also increased the ending balance in accounts that received some interest rate by Ksh 218 (US$2.72).

Long-run economic impacts: Study participants that received the 20 percent individual interest rate reported Ksh 5,994 (US$75) more in total assets three years after the interest rates ended. This is equivalent to Ksh 1,137 (US$ 14.33) and Ksh 1,805 (US$ 22.75) higher monthly income 2.5 and 3.5 years later, respectively (a 26-27 percent increase relative to the no interest comparison group).

The gains in assets for individual account holders were driven by growth in entrepreneurship—participants who received the 20 percent interest subsidy on their individual account were 10 percentage points more likely to own a business (a 26 percent increase versus the no interest group) and 8 percentage points more likely to report entrepreneurship as his or her main occupation (28 percent increase) two and a half years after the subsidy ended. The individual 20 percent interest rate increased business capital by Ksh 2,651 (US$33) and business profits by Ksh 548 (US$7) per month.

In contrast, the joint interest rate did not have an impact on overall income or assets – measured in this context as livestock holdings and home improvements. However, couples who received higher joint interest rates suggested greater levels of spousal agreement regarding consumption and savings decisions.

1 result(s)
Reducing the costs of saving