Mass Media Experiments to Reduce Violence Against Women in Tanzania

Women across the world face systemic challenges to their health and safety, including intimate partner violence, sexual violence, forced marriage, and disempowerment within the household. One potential way to counter these issues is through media messaging that is designed to change people’s attitudes and behavior. Building on an earlier study in Uganda, researchers are working with Innovations for Poverty Action to measure the impact of radio programming on gender-related attitudes and behaviors.

Women across the world face systemic challenges to their health and safety, including intimate partner violence, sexual violence, forced early marriage, and disempowerment within the household. One potential way to address these challenges is by conducting media campaigns that question their legitimacy. Media campaigns may decrease the social acceptability of domestic violence, forced marriage, and gender discrimination, and may also increase the willingness of victims or bystanders to intervene and report cases of violence. For example, an earlier study in rural Uganda found that videos encouraging viewers to speak out against violence against women (VAW) lowered the reported rates of VAW in villages where the videos were screened. In Tanzania, researchers are evaluating a related program designed for radio delivery: a series of vignettes that focus on forced marriage and violence against women.

This study is taking place in northeast Tanzania’s Tanga Region. Forced marriage is a salient problem in the region, as in many places in East Africa. In an IPA survey conducted in areas neighboring Pangani, 21 percent of respondents reported that their communities were accepting of child marriage in cases of economic hardship or when a girl fails in school, when a girl is at risk of getting pregnant, or when a girl is difficult to control in the home. Seven percent of households reported that they personally accepted child marriage under these circumstances.

In Pangani, other systemic barriers to health, safety, and empowerment for women are common as well. In IPA’s survey in the Tanga Region, 52 percent of respondents reported believing that a man is justified in beating his wife in certain circumstances, while only 30 percent of respondents said they would report an act of domestic abuse to the police. These norms correspond with high reported rates of abuse at the national level: in a 2015-16 national survey, 40 percent of women reported experiencing physical violence since the age of 15, and 22 percent reported experiencing physical violence in the past 12 months.1 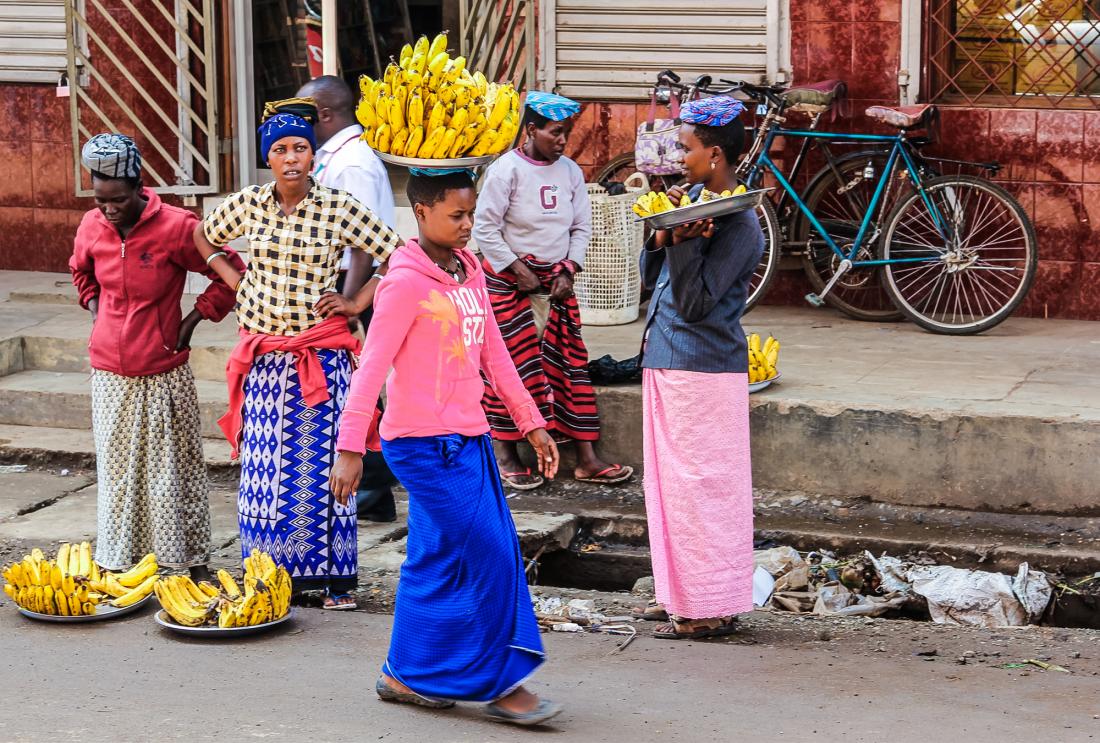 Researchers are working with Innovations for Poverty Action and Uzikwasa, a Tanzania-based organization, to evaluate the effects of two different mass media campaigns meant to shift attitudes and behaviors by challenging the legitimacy of violence against women. Uzikwasa conducts media campaigns in the Tanga Region, including operating the Pangani 107.7 FM radio station, which broadcasts programs that aim to influence attitudes about issues including violence against women, sexual violence, and early forced marriage.

Radio gatherings: For the first media campaign, the project team will host village screenings of radio dramas in thirty villages in Tanga. Fifteen of the village screenings will hear a condensed version of Tamapendo, a Pangani 107.7 FM radio drama meant to increase awareness of, and proactive responses to, forced marriage and VAW. The other fifteen villages will hear a radio drama about HIV and serve as the comparison group. In each village, 20 men and 20 women will be surveyed shortly before and 2 weeks after the screenings. The research team also hopes to conduct an additional follow-up survey twelve months after the screenings.

Researchers will measure the impacts of the screenings on the incidence of VAW, in addition to respondents’ attitudes and perceptions of community norms about VAW and the acceptability of child marriage.

Radio programming and distribution: In order to measure the impact of increased access to the Pangani 107.7 FM’s messaging, researchers will distribute free radios to approximately 400 randomly-selected households who did not previously own radios in the 30 villages participating in this study. Researchers will measure the impacts of radio distribution on recipients’ attitudes and behaviors surrounding violence against women. They will also measure the impacts on recipient attitudes about early forced marriage, female community leadership, and women’s role in the household, as well as civic engagement.

The radio programming and distribution intervention will begin soon after the follow-up survey to the radio gatherings and will draw from the same population, allowing researchers to study the effects of each intervention individually and also in tandem.