Qualitative evidence suggests that moral considerations play an important role in individuals’ debt repayment decisions. Researchers partnered with a large Indonesian Islamic bank to evaluate the impact of sending moral quotes in reminder text messages to late-paying credit card clients. Messages stating that “non-repayment of debts by someone who is able to repay is an injustice” significantly increased the number of clients meeting minimum payments, proving more effective than substantial financial incentives for repayment. Sending either a simple reminder or an Islamic quote unrelated to debt repayment had no effect.

The ability to collect debts is essential to the function of any financial system. To encourage repayment, financial service providers typically focus on material incentives such as credit screening, loan monitoring, and consequences for future borrowing. Yet public debates often frame debt repayment as a moral issue, ranging from Socrates’s definition of justice as “telling the truth and paying one’s debts” to more recent debates about sovereign debt and defaults in countries such as Argentina and Greece. Moral considerations for loan repayment may also explain the surprisingly low number of mortgage defaults during the 2009 U.S. housing crisis—even when mortgages greatly exceeded home values, few homeowners decided to strategically default on their loans.1 Despite these examples, little rigorous research has focused on how moral appeals affect debt repayment decisions.

The principles of Shari’a law prohibit charging interest and investing in commercial activities considered contrary to Islam. Shari’a compliant banking is growing rapidly across the world with more than 300 banks in over 75 countries and approximately US$1.5 trillion in assets in 2014. Islamic banks offer a variety of products such as mortgages and credit cards, which typically charge annual membership and transaction service fees rather than a variable interest rate. Islamic banks typically emphasize the ethical dimension of their business models. Indonesia, the world’s most populous predominantly Muslim country, is home to a large and rapidly expanding Islamic banking industry.

Researchers worked with one of Indonesia’s leading Islamic banks which offers credit cards as part of its portfolio of Shari’a compliant products. The bank is part of a large, non-religious conglomerate which targets a relatively secular consumer segment. The bank introduced the card in 2009 and has approximately 200,000 credit card customers. The credit card bills on a monthly cycle with a minimum payment equal to the greater of 10 percent of the customer’s outstanding balance or Rp 50,000 plus applicable fees. If a customer fails to meet their minimum payment by the due date, they are given a 10-day grace period before their account is considered delinquent and reported to the Indonesian credit registry. 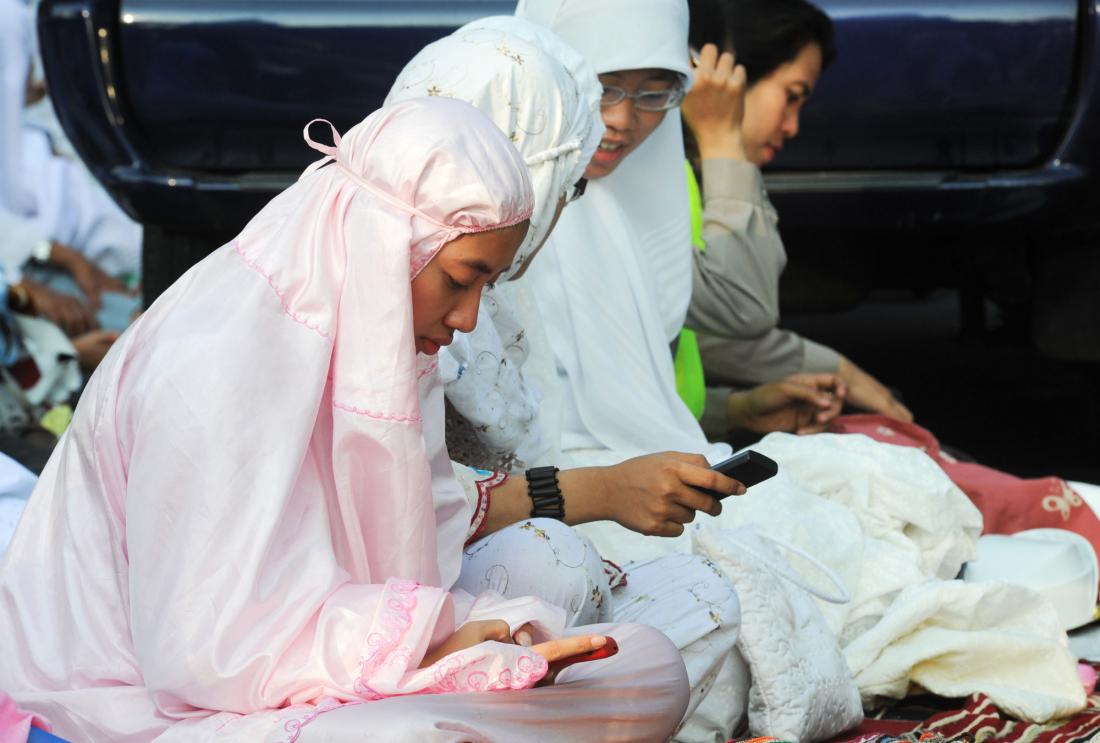 The sample population comprised 14,429 credit card customers who were more than one week late on their minimum payment at least once between February and April 2016. During the study period, all customers, including the comparison group, received a single text message reminder the day after their due date. Treatment groups additionally received one of seven messages eight days after payment was due, i.e. two days before the ten-day grace period expired. Researchers measured whether a customer had made their minimum payment by the end of the grace period, which was the final repayment deadline. To isolate the effects of moral appeals from other debt-repayment motivations, researchers randomized late-paying credit card customers into one of several groups.

Both moral and reputational incentives strongly affected repayment decisions for the bank’s customers.

Moral messages increased repayment regardless of appeals to religion: Text messages with moral messages about debt repayment led to a 4.4 percentage point increase in the number of customers meeting minimum payments, an 13 percent increase relative to the 34 percent mean rate of repayment in the comparison group. Simple reminders with no moral message had no effect, nor did religious messages unrelated to debt repayment. Additionally, moral appeals with or without religious connotations had exactly the same effect. End-line survey results demonstrated that customers did not associate the non-religious moral message with religion, and that they were generally unaware of the religious connotation when messages came from religious texts. This suggests that the moral rather than religious appeal in the message led to the increase in repayment.

Moral messages were more cost effective than strong short-term financial incentives: Cash rebates equal to 50 percent of the customer’s minimum payment increased the share of customers making the minimum repayment by 7 percent, less than half the effect of the moral messages. The cost of text message reminders was negligible, but the bank incurred additional costs to fulfill rebates, making the moral appeal significantly more cost-effective at increasing repayment.

Reputational incentives also significantly increased repayment: Customers who received messages about the consequences of being reported for non-repayment were 29 percent more likely to meet minimum payments than customers in the comparison group.