Governments and donors are searching for the most effective ways to distribute development aid. Some suggest that local communities should have the power to allocate funds since community members may understand their own needs better than national governments or international agencies. Alternatively, some argue that linking development aid to performance is the best way to improve its effectiveness. In 2007, researchers partnered with the Government of Indonesia to evaluate the impact of community block grants and the additional effect of performance incentives. They found that community block grants improved health and education in Indonesian villages, and adding performance incentives sped up improvements in health.

Governments and donors are searching for the most effective ways to distribute development aid. Some suggest that local communities should have the power to allocate funds since community members may understand their own needs better than national governments or international agencies. Community block grants, which allow communities to spend funds on the activities they think would best achieve certain goals, could help channel resources to needier individuals and avoid wasteful spending.

Alternatively, some argue that linking development aid to performance is the best way to improve its effectiveness. This approach encourages implementers and beneficiaries to improve along the dimensions donors care about most. Some governments and aid organizations require beneficiaries to meet certain conditions in order to receive loans and grants. Other organizations offer rewards for good performance on measures that the donors have chosen to assess a program’s progress.

There is some inherent tension between these two approaches. Although performance incentives can encourage communities to focus on the most effective policies, penalties or rewards that are too strong may reduce communities’ discretion in how to spend funds. Incentives may direct effort and resources away from activities that the community values but the program does not reward. They may also encourage implementers to manipulate records and exaggerate their achievements to receive larger rewards. Furthermore, since wealthier areas often start from higher levels of social and economic development, they may more easily reach performance targets, earn more rewards, and draw money away from poorer areas that would benefit most from additional resources.

In 2007, the Government of Indonesia launched Generasi (the National Community Empowerment Program— Healthy and Smart Generation), a community block grant program to improve health and education in rural villages. Generasi provided communities with funds they could use for any purpose—from hiring extra midwives to opening new schools—that would improve health and education as measured by twelve performance indicators (see box below). Villages elected eleven-member management teams to conduct social-mapping exercises, participate in discussion groups, and consult with health workers and teachers to decide how to spend the funds.

Generasi targeted twelve indicators that donors chose as key markers of progress towards long-term improvements in health and education: 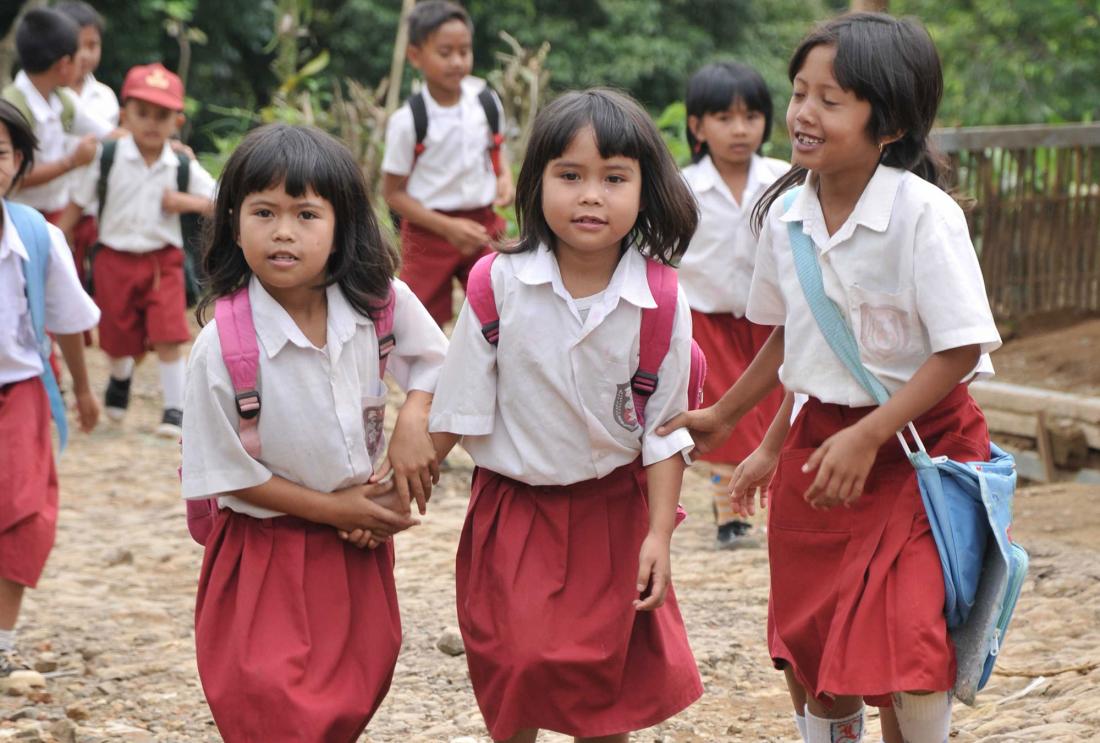 To measure the impact of community block grants and the additional effect of incorporating performance incentives, researchers randomly assigned 264 subdistricts, each with about twelve villages, to one of three groups:

Researchers surveyed households, village leaders, healthcare providers, and school officials 1.5 and 2.5 years after Generasi began. They collected information on the targeted indicators as well as long-term health and education outcomes, including childhood malnutrition and test scores.

Community block grants issued through Generasi improved health and education. When all twelve targeted indicators were combined into a single measure, villages that received either version of Generasi performed 0.04 standard deviations above comparison villages after 2.5 years.

The most significant gains in individual indicators were in the frequency of weight checks for young children, school enrollment for children ages 7–12, and malnutrition. Generasi increased the average number of weight checks over three months by 0.15 checks from an average of 2.2 checks in comparison villages. School enrollment for children ages 7–12 increased by 0.8 percentage points over a 98.5 percent enrollment rate in comparison villages.

Improved performance on the targeted health indicators led to a 2.2 percentage point reduction in malnutrition among children under three. In comparison villages 22.8 percent of children were malnourished. However, the program did not affect learning, as measured by test scores in math and Indonesian, at the end of the 2.5-year evaluation.

Disadvantaged areas benefited most from Generasi. On average, the program was about twice as effective in villages at the tenth percentile of the targeted health and education indicators at the start of the program. Among these villages, Generasi reduced malnutrition by 6.2 percentage points—nearly three times the average effect—and increased school participation among children ages 7–12 by 1.9 percentage points—more than double the average effect.

Although the incentives did not have a large impact, there was no evidence to support common criticisms of performance incentives. Officials in villages receiving incentivized grants did not manipulate immunization or school attendance records to show higher performance. Furthermore, the bonus money was not allocated to wealthier areas over poorer areas, which might have lower performance levels but would greatly benefit from additional aid.

Community block grants can improve performance in health and education. The Generasi program led to a 0.04 standard deviation improvement across twelve health and education indicators the program was designed to address. The most notable gains were in the frequency of children’s weight checks, the incidence of childhood malnutrition, and primary school enrollment.

Community block grants may be especially effective in disadvantaged areas. Generasi had a greater impact in areas with low levels of health and education and in more remote provinces of Indonesia. These were the areas with the greatest need for development aid and the most room for improvement. In the future, Generasi and similar programs should prioritize areas that lag behind in the indicators that the program targets, as these are the places where additional resources and effort may have the greatest effect.

Incorporating performance incentives may lead to quicker improvements in targeted areas. In this context, incentivized grants led to greater gains on health indicators after 1.5 years, but villages receiving unconditional grants had partially caught up after 2.5 years. While the unconditional grants also had a positive impact on health, these results suggest that performance incentives may be useful in jumpstarting the process of social and economic development.

The absence of detrimental side effects suggests that performance incentives may be appropriate if carefully designed. Although performance incentives had mixed results in this context, the concerns of many critics were not borne out. There was no manipulation of records to show better performance. Furthermore, Generasi was carefully designed to compare villages within the same subdistrict. As nearby villages generally have similar income levels, this prevented wealthier subdistricts from drawing bonus funds away from poorer subdistricts. Researchers should test different incentive schemes across different contexts to determine how to design rewards that enhance performance while continuing to avoid negative side effects.

Based on the results of this evaluation, the Government of Indonesia moved exclusively to incentivized grants and increased annual funding for the community block grant program. In 2010, the Government of Indonesia committed to increasing funding for an incentivized community block grant program that has reached 3.7 million women and children in approximately 5,400 villages annually over four years, focused on areas where stunting and low access to health and education services are prevalent. For more details, see the evidence to policy case study.