Informational barriers and motivation-related challenges can make it difficult for job seekers to effectively search for work. Researchers conducted a randomized evaluation to test the impact of providing recently unemployed individuals informational brochures about job search strategies that motivated an active search on their labor market outcomes. Providing informational brochures improved the employment and earnings of job seekers who exhibited an increased risk of long-term unemployment but had no measurable effects on the general population.

Job search can be a complex and daunting endeavor. There are many informational barriers and motivation-related challenges that can make it difficult for job seekers to know where or how to effectively search for work. Job seekers need to consider how much effort to exert when searching for jobs, which avenues to use in their search, and what types of jobs to apply for. However, there can be limited information and feedback about these topics, including the returns to search effort and the consequences of staying unemployed. Additionally, the search process can put a strain on individuals’ self-confidence and willpower; besides the general frustration caused by the loss of a job, job seekers may need to overcome discouragement from rejected applications. Can providing unemployed individuals with information about the job search process and consequences of unemployment and motivating them to actively look for a job improve their employment prospects and earnings?

For this study, researchers focused on German-speaking citizens to rule out language difficulties. Additionally, the intervention focused on individuals aged 25 to 50, excluding civil servants, self-employed individuals, and those who had already found a job before the intervention started. Taken together, participants had relatively low labor market prospects: On average, they had been unemployed for almost 900 days during the previous 10 years and earned €1,580 (about US$2,100) per month in their last job before registering as unemployed.2 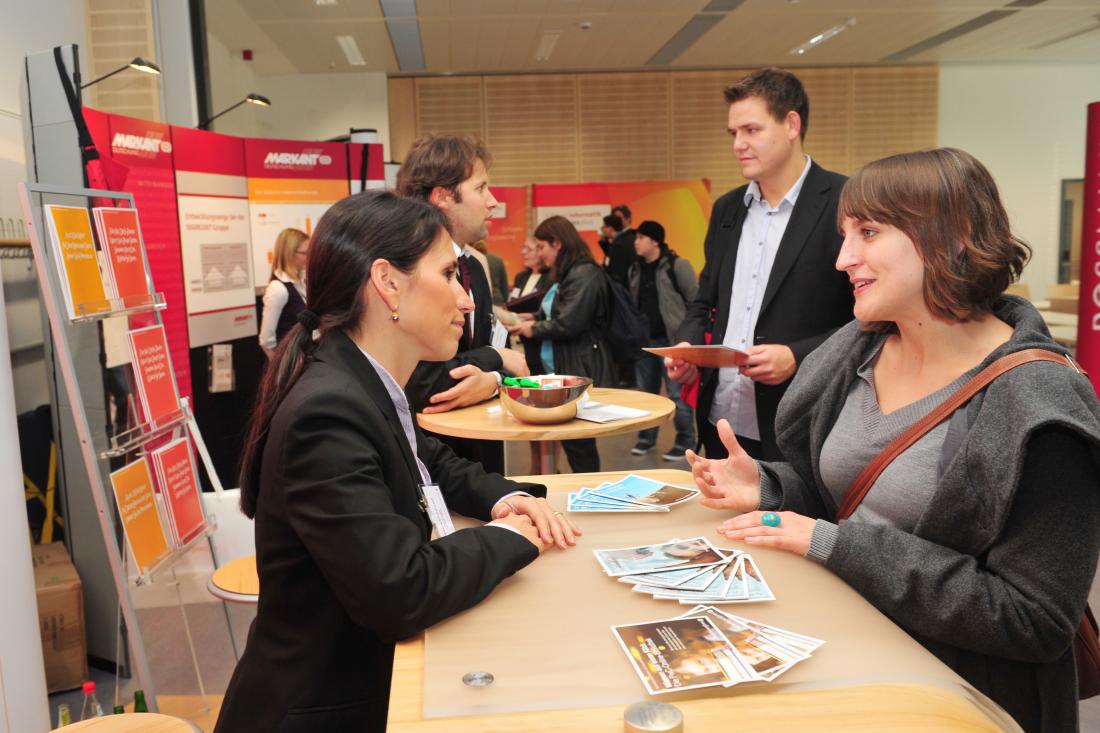 Researchers partnered with the Institute for Employment Research at the German Federal Employment Agency (IAB) to test the impact of providing job seekers information about the job search process and motivating them to look for a job on their employment and earnings.

Between October 2010 and January 2011, the IAB randomly assigned individuals who had registered with the German Federal Employment Agency during the previous three to seven weeks into either an intervention (13,471 job seekers) or a comparison group (40,282 job seekers).

Four to eight weeks after they entered unemployment, job seekers in the intervention group received a mailed brochure with concise and easy-to-understand information about the current labor market situation that aimed to facilitate their job search and to provide encouragement and motivation. The brochure comprised four sections as follows:

Researchers matched participants to administrative data assembled by the IAB spanning from 2001 to 2012. The administrative data provided information on employment status, earnings, occupations, as well as personal characteristics such as birth year, gender, and education.

Additionally, using data from the comparison group the year after the intervention, researchers classified a sub-group of the sample as being at risk of long-term unemployment, as recent evidence highlights the link between the prevalence of behavioral biases and longer unemployment duration. The researchers speculated that the behavioral and informational challenges the brochure addresses might have particularly strong effects for the subset of individuals who were at risk for being unemployed for an extended period of time.

Providing informational brochures to job seekers improved the employment prospects and earnings of individuals who exhibited an increased risk of long-term unemployment but had no measurable effects on the general population.

Impact on earnings: At-risk job seekers earned an average of €446 (US$593) more than their counterparts in the comparison group who earned about €10,197 (US$13,562) during the year. Additionally, findings suggest that the treatment did not shift individuals disproportionally into low-wage jobs, nor did it affect the earnings of the general population.

These results suggest that targeting information provision can be a cost-effective way to improve labor market prospects for job seekers at risk of long-term unemployment. The intervention was low cost, with total costs of production and mailing less than €1 (US$1.33) per brochure. More research is needed to understand the channels through which sharing information and encouraging job search can improve the labor market outcomes of subgroups of job seekers.