Can media campaigns increase voter turnout among those underrepresented in the electorate? Researchers randomly assigned areas covered by Native American radio programming to either receive or not receive targeted radio messaging encouraging listeners to vote in the 2008 and 2010 US elections. The results suggest positive, but statistically insignificant impacts of the radio messaging on voter turnout among Native Americans. Researchers identified radio targeting as a potentially cost-effective way to encourage underrepresented groups to vote.

In the United States, those facing barriers to voting through state voting requirements tend to have a lower turn-out than others during elections. For example, Native Americans report one of the lowest voting rates among all groups. Among those eligible to vote in the 2012 US elections, 73 percent of white non-Hispanics and 79 percent of black non-Hispanics reported voting compared to only 53 percent of Native Americans.1 This disparity in voting rates holds even after taking into account other factors such as age, gender, and income.Low rates of political participation among Native Americans may reflect their disengagement from mainstream politics due to historical disenfranchisement. Moreover, statewide and national political campaigns seldom direct their communications towards Native American voters. Combined, these trends may reinforce each other: low voting records among eligible minority voters can cause campaigns to deprioritize outreach efforts to those groups, thereby leading to even lower voter turnout.2 Though many recent studies have examined voter turnout, very few have focused their research on the impact of mobilization campaigns on Native American voter turnout specifically.

While Native Americans represent a small minority of the entire population (one percent), they represent a significant share of the electorate in certain regions. However, for Native Americans living on reservations placed in remote, rural areas, traditional mobilization efforts may be more costly and difficult.

In light of these difficulties to reach Native Americans via conventional voter mobilization techniques, more tailored communication strategies might prove more effective. Since Native Americans listen to talk radio more often than do many other racial and ethnic groups (an average of 1.3 days per week), targeted radio broadcasting may be effective. In addition, the number of Native American owned radio stations doubled between 2007 and 2008 (the starting year of this evaluation), jumping from 33 to 62. Media tailored specifically toward Native Americans may be a more influential mobilization mechanism because it provides a different perspective from that of mainstream media and develops a sense of community based on shared experiences and common interests.

Researchers in this evaluation partnered with Koahnic Broadcast Corporation, an Alaskan Native-run non-profit that broadcasts radio programs across the United States, including National Native News (NNN). 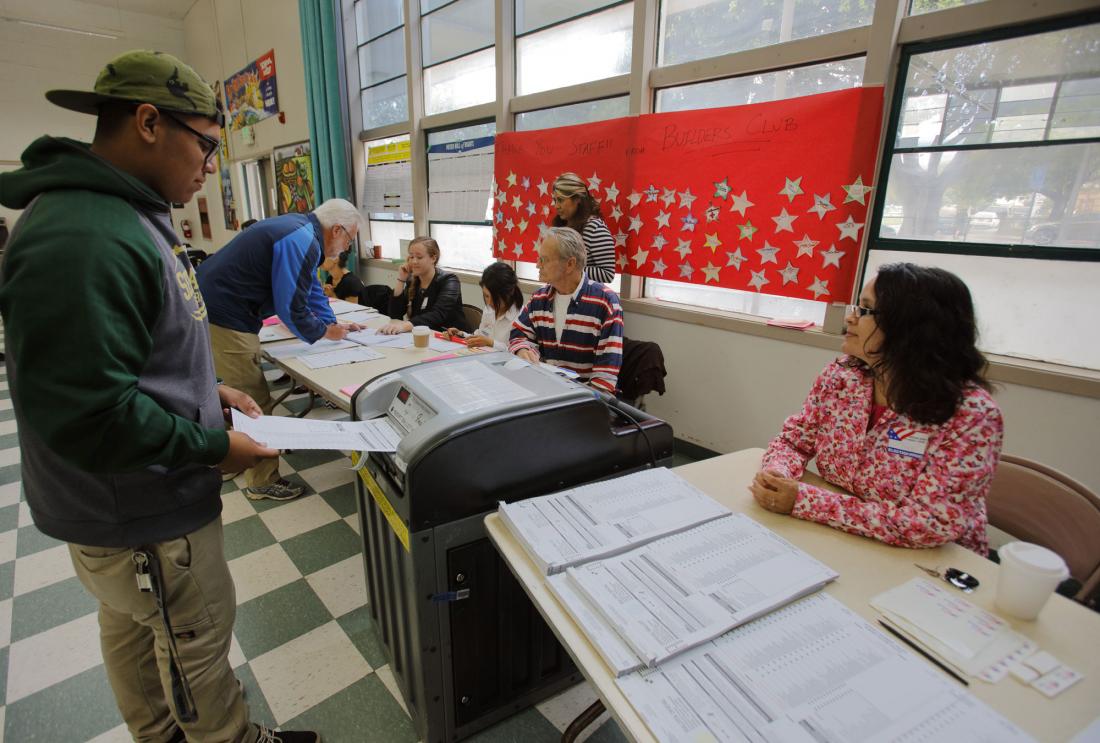 Researchers conducted two similar randomized evaluations, one preceding the presidential elections of 2008 and one preceding the mid-term elections in 2010, to test the impact of radio messaging on Native American voter turnout. The study focused on coverage areas of all US FM radio stations that carry NNN as part of their program, which included 37 coverage areas across twelve states in 2008 and 48 coverage areas across thirteen states in 2010. In these two elections, the researchers randomly assigned half of the coverage areas within each state to a treatment group that broadcasted messages encouraging listeners to vote, and assigned the other half to a control group that did not broadcast these messages.

In 2008, for areas in the treatment group, stations had the option to broadcast a provided script or draft their own message. Stations that drafted their own message either tailored it to their specific audience or shortened it. In 2010 all stations used a provided script. In all cases, these messages emphasized that Native Americans have the power to make a difference in the election, and encouraged them to register and to vote. The stations played this message an average of three times per day between 7 a.m. and 6 p.m. for one to several weeks, beginning one to two months before the election. The control coverage areas also received NNN programming, but did not receive these voting messages.

To measure the impact of the radio messaging on voter turnout, researchers first calculated the difference in the number of Native Americans in ZIP codes fully covered within a radio station’s coverage area who voted in a given election and the number who had voted four years prior. Then, they compared the size of this difference for coverage areas in the treatment group and those in the control group.

Overall, targeted radio messaging encouraging Native Americans to vote led to small but statistically insignificant increases in turnout. Voter turnout among Native Americans in areas reached by the radio message exceeded that of control areas by 1.7 percentage points in 2008 and 2.0 percentage points in 2010. Although these results fall short of conventional levels of statistical significance, they align with the impacts of other studies that examine media campaigns aimed at voter turnout.

Given the estimated cost per vote of US$15-16 of this messaging, radio communications could offer a promising, and potentially cost-effective, method to engage Native American voters. However, further research is needed to assess the efficacy of these messages with greater precision.

Koahnic Broadcast Corporation, with funding from the Carnegie Corporation, aired Get-Out-The-Vote messages for the 2016 election cycle. The messages went to all stations or translators carrying National Native News, Native America Calling, and Earthsongs. The messages started in mid-September and ran through Election Day.