Given the rapid development of production technologies, job training programs can play an important role in ensuring that workers have the suitable skills required by firms. Researchers evaluated the effects of an information campaign on workers’ awareness of and participation in a program that subsidizes skills-building training in Germany. Results showed that the information campaign doubled workers’ awareness of the program on average, but had no effects on program take-up or on labor market outcomes one to two years later. However, the campaign was successful in encouraging participation in other non-subsidized training services among workers aged below 45 years old.

As new production technologies develop at a rapid rate, employers are increasingly looking for a more flexible and suitably skilled workforce. However, small and medium enterprises (SMEs)—defined as firms with fewer than 250 employees—are believed to face difficulties in organizing, structuring, and financing training activities as they tend to face higher worker turnover and lower average profits compared to larger firms. Therefore, SMEs may be reluctant to invest in training their current and new employees.

In many advanced economies, governments have introduced labor market policies to subsidize training and skills-building programs. However, the success of these programs depends on workers’ willingness to participate. Workers may be unwilling to participate if they are not fully informed about the benefits of training, feel stigmatized for participating in such programs, or face a high effort cost during training. How can policymakers encourage individuals to take up training programs that they are eligible for?

WeGebAU1 is a program organized by the German Federal Employment Agency (FEA) which subsidizes formal training to individual workers. The aim of the program is to enhance the skill set of workers employed specifically in SMEs beyond what is required for their current occupation. From 2012 to 2016, the WeGebAU program supported approximately 7,000 SME employees per year.

Formal training programs that are eligible for WeGebAU subsidies must meet several conditions. Training must last for at least four weeks, and the training provider needs to be accredited in order to ensure that the course meets the necessary standards.  Moreover, the training must not be firm specific, to ensure that participants learn professional skills that can be useful beyond his/her current occupation. Finally, workers who participate in formal training subsidized by WeGebAU must continue to be employed in their current job and receive regular wages during the training period. 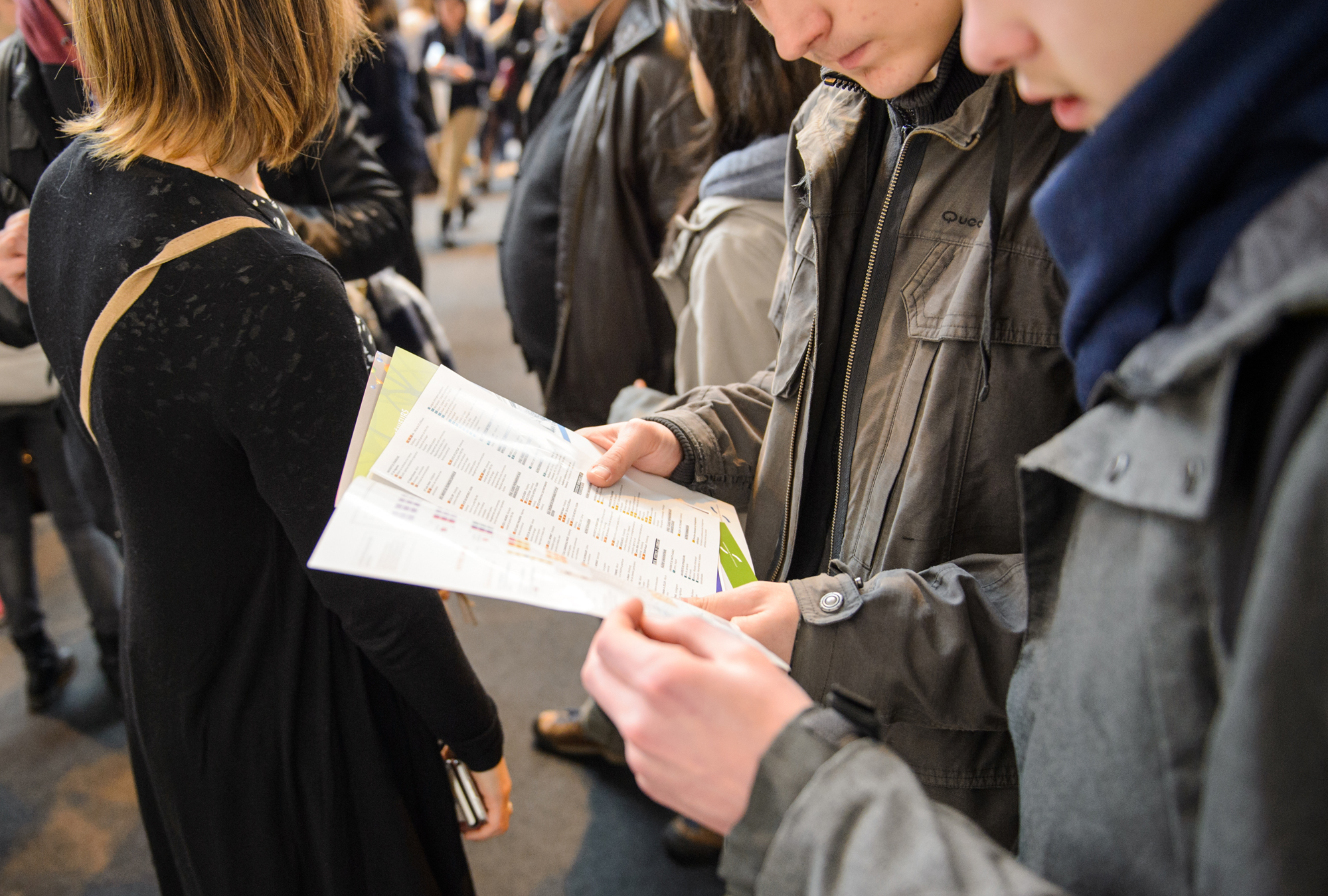 Using administrative data from the FEA, 21,313 workers were selected to be part of the study. Eligible workers had to be full time permanent employees in firms with less than 250 employees (since firms were less likely to train workers on temporary contracts) and had to have been employed for at least two years in the same firm when the intervention took place.

Researchers have observed that older workers tend to participate less frequently in training programs, and that firms may invest less in them due to a perceived lack of willingness or ability to learn. To understand if training participation varies with age, researchers evaluated the effects of an information brochure on two separate age groups: those below and above 45 years old.

Six to eight months after the intervention, researched conducted telephone interviews to collect information about workers’ awareness about the WeGebAU program. They also collected information—using in part FEA administrative data—about whether the worker participated in any unsubsidized training (WeGebAU or otherwise), the type of training received, and reasons for whether they participated in the training courses.

The information campaign more than doubled workers’ awareness of the WeGebAU program. However, this did not lead to an increase in program participation or an improvement in labor market outcomes one to two years later.

Program awareness among younger workers: Among workers under the age of 45, the information brochure increased awareness of the WeGebAU program by 38 percentage points (180 percent) from an average of 21 percent in the comparison group. This effect was strongest among those aged 40-44. The brochure also increased the likelihood of participating in other non-subsidized training by 7 percentage points and increased the likelihood that workers took the initiative to do so by 6 percentage points, up from an average of 43 percent and 14 percent respectively in the comparison group. Those who expected to change jobs or who were aged 40-44 were also more likely to initiate the application for non-subsidized training.

Program awareness among older workers: Among workers aged 45 or older, the information brochure increased awareness of the WeGebAU program by 38 percentage points (140 percent) up from an average of 27 percent in the comparison group. However, the information campaign had no effects on the likelihood of participation or the likelihood of workers initiating an interest in further training.

Labor outcomes for all workers: One to two years after the intervention, researchers found no differences among employment, wages, or WeGebAU participation between brochure recipients and non-recipients. Researchers suggest that individuals who are interested in training may take some time in finding suitable programs and negotiating with their employers. As such, the effects on employment and wages may only become apparent after a number of years.

Overall, the results suggest that receiving an information brochure about the importance of life-long learning raised individuals’ awareness of the WeGebAU training subsidy program, but this did not lead to greater take-up of WeGebAU services. However, among younger workers, receiving the brochure did increase participation in other forms of non-subsidized training. Researchers hypothesized that individuals may be postponing any formal training if they do not foresee any imminent job changes. Moreover, they note that participation in WeGebAU requires the permission of the employer, which is an additional step compared to other training programs. Employers may prefer to postpone this decision to a time when production pressures are lower. Nevertheless, if additional information and increased awareness of the general benefits of training does increase incentives to undertake training in the longer run, this could help workers’ meet the increasing skill demands in the labor market.